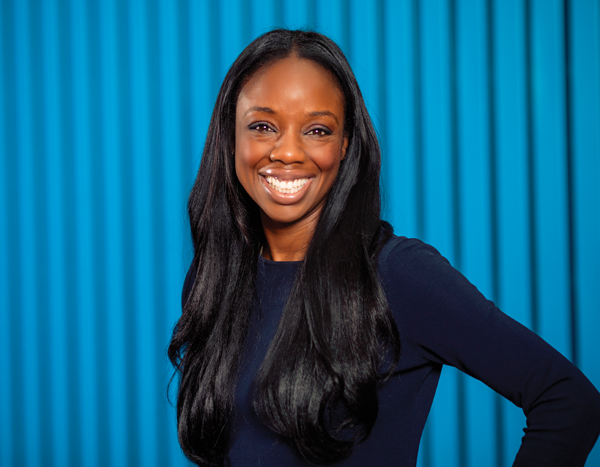 On Jan. 7 of this year, Nadine Burke Harris, M.D. was appointed by Gov. Gavin Newsom as California’s first surgeon general—the only state-level office of its kind in the country.

Burke Harris, a native of Jamaica, was educated at UC Berkeley and received her medical degree from UC Davis. She went on to earn a master’s degree in public health at Harvard’s T.H. Chan School of Public Health and completed her pediatric residency at Stanford.

In assuming this new position, Burke Harris has been very vocal about her goals as both a physician and a public figure. A major focus of her work over the years has been the negative health effects—particularly on children—of adverse childhood experiences (known as ACEs) and toxic stress, both of which Burke Harris considers public health crises.

In 2010, Burke Harris, along with six colleagues, founded the Adverse Childhood Experiences project in the underserved Bayview-Hunters Point neighborhood in San Francisco. That led to the founding of the Center for Youth Wellness in 2012 to create a clinical model that recognizes the impact of adverse experiences on health and effectively treats toxic stress in children. The multidisciplinary approach—which combines primary health care, mental health and wellness resources, research, policy, education, and community and family support services—focuses on preventing and undoing the chemical, physiological and neurodevelopmental results of ACEs.

Since then, Burke Harris has won numerous awards and published her first book, “The Deepest Well: Healing the Long-Term Effects of Childhood Adversity,” last year. We caught up with the California surgeon general to discuss her position and the future of health care in our state.

What does it mean to you to be the first person to hold the office of surgeon general of California?

As a doctor who has dedicated my career in service of public health and vulnerable communities in the role of clinician, researcher and advocate, this is a dream come true. It’s like the doctor version of winning “American Idol.” I am excited and humbled to serve the people of California in this new role.

What are the main issues you’re interested in tackling?

When we look at some of the biggest issues facing Californians, some things that immediately come to mind include the opioid epidemic, homelessness, maternal mortality, mental health and health inequities, as well as some of the leading causes of death such as heart disease and cancer.

There is now a growing body of science that tells us that the biological processes that put us at risk for these conditions actually begin in childhood. Research from the Centers for Disease Control and Prevention, Kaiser Permanente and other leading health experts demonstrates that adverse childhood experiences—such as growing up in a household with domestic violence or experiencing physical or emotional abuse as a child—can lead to more than double the risk of heart disease, cancer, stroke, substance dependence, mental illness and other negative health conditions. Our data from the California Department of Public Health demonstrates that 63.5 percent of Californians have experienced at least one ACE and 16.7 percent have experienced four or more ACEs.

ACEs can trigger alterations in brain development, chronic inflammation and hormonal changes known as the toxic stress response that, without intervention, can last a lifetime. However, the research also gives us powerful insights as to how we can reduce health risks with early detection and early intervention.

I will be working very hard in that area to not only support implementation of universal screening for ACEs, but also advance the science of addressing toxic stress in partnership with medical experts, community leaders, educators, health care providers, the Department of Health Care Services and other state and local agencies. We have a lot of cutting-edge knowledge and practice innovation around this issue in the state of California, and I will be very active in convening our brain trust and spreading what works.

Why do you think these issues are of particular concern for Californians?

I started my tenure as California surgeon general with a statewide listening tour and I had the opportunity to visit many parts of our state. Over and over again, what I heard was how difficult it is for our communities to address homelessness, or opioids, or fire recovery or educational success for vulnerable kids without addressing the trauma our communities have experienced.

The good news is that California is seriously committed to addressing this issue in some really smart and coordinated ways. Gov. Newsom is acutely aware and passionate about the importance of this issue. The California legislature passed a law requiring all individuals on Medicaid—children and adults—to be screened for ACEs as part of routine medical care, and Gov. Newsom backed it with $45 million to reimburse doctors for doing the screening. Our health care leaders across the state are lining up to partner in this effort.

There’s a tremendous amount of work to be done, but California is already leading the way on this issue, and that’s only going to continue.

Do you have a personal connection to these issues?

Certainly. We are all no more than one degree of separation from someone who has been significantly affected by ACEs. I speak pretty openly about my connection to this issue in my book, “The Deepest Well: Healing the Long-Term Effects of Childhood Adversity.” Whether it’s ourselves, our kids or grandkids, a spouse or someone else we love, most of us have seen the impacts of childhood adversity up close in one way or another. That’s certainly been true for me, and it’s a big part of what drives me to ease suffering and support healing for as many people as possible.

Do you think your position will help these issues gain more visibility?

That’s what I’m here for! The governor sees the issue of ACEs for what it is: a true public health crisis not just for the people of California, but throughout the world. He created the position of California surgeon general by executive order with the explicit mandate to be focused on “serious health challenges rooted in early social determinants of health” and with the responsibility to “marshal the insights and energy of medical professionals, public health experts, public servants and everyday Californians to solve our most pressing health challenges with surgical focus.”

It is really my charter not only to raise awareness of ACEs and toxic stress as the public health crises they are, but also to convene those who are finding solutions and deploy quality care throughout our great state.

What do you hope to achieve in the office?

As surgeon general, I’ve set a bold goal to cut ACEs in California in half within a generation. While that may sound ambitious, it’s directly in line with other successful public health efforts, and I believe that it’s achievable.

Here in California, a unique partnership between medical experts, health care providers and the Department of Public Health has led to a 55 percent decline in maternal mortality since 2007, while maternal mortality nationally has continued to climb. We’ll be using that successful model as a template as we shape our campaign to reduce ACEs in California.

The next year will be about bringing together partners, vetting best practices and establishing the infrastructure to make change of that scale possible. From there, we’ll be focused on implementation, data collection and continual quality improvement. These are the fundamentals that lead to improvements in the health and well-being of a population.

Why did you decide to stay in California?

My family immigrated to Northern California from Jamaica when I was 4. My dad, who is a biochemist, did a Fulbright Fellowship to teach and study at Stanford. My parents still live in the same house that we lived in since I was in the eighth grade, and I grew up with a big pile of aunts, uncles and cousins who are in the Bay Area as well. We are also lucky to have my husband’s family in Northern California. With four boys, my husband and I are big believers in the old saying that “it takes a village.” I don’t know what we would do without grandparents to lend a helping hand.

What do you see for the future?

My team hears me say all the time that social determinants of health are to the 21st century what infectious disease was to the 20th century. It’s a complete paradigm shift brought about by advances in our scientific ability to detect the effects of environment on our biology.

I am incredibly optimistic that we can manage, combat and reverse the health impacts of ACEs. We truly have an opportunity to change the course of public health in this country and vastly improve the health of not only Californians, but also Americans and even globally.

I—and everyone on my team—literally come to work every day with that belief and excitement. The challenge we have, in the short term, is to train and mobilize 88,000 health care providers to screen for ACEs. Further, we have to ensure the people of California have access to quality trauma-informed care and support across the public and private sectors—no easy task. And we will need all hands on deck to embrace, support and lead.