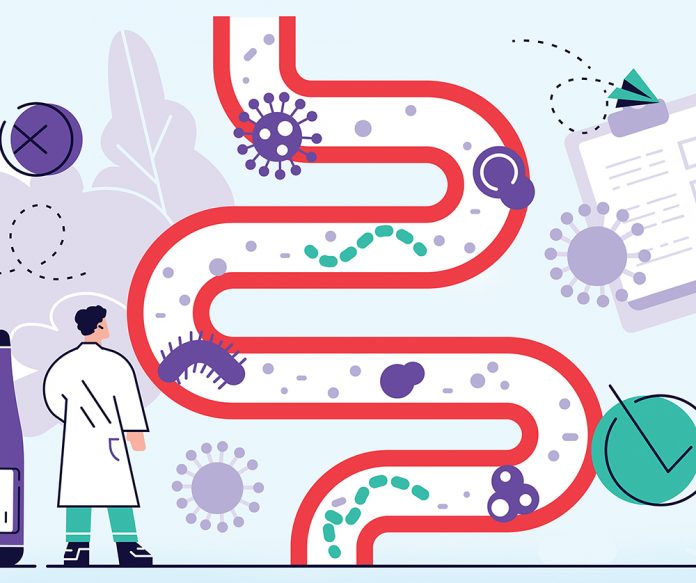 Probiotic makers claim that the supplements restore the human microbiome and therefore have the potential to cure what ails you. To help consumers select the right probiotic for their problem, some companies even offer to test your gut microbiome. Consumers need to simply mail in a poop sample and await the recommendations.

The human microbiome is the vast ecosystem of microbes that live in and on your body, the majority of which are found in the gut. They are a grand mix of bacteria, yeast, protozoa, viruses and other microbes, and they are as abundant as human cells. Researchers have correlated these critters with diseases like multiple sclerosis, allergies, autism, heart disease and obesity. By the same token, they can be beneficial, helping break down food and enhancing immune function.

The unfortunate reality is that microbiome science, while promising, has not caught up to the hype that’s driving sales, and researchers do not yet know whether or for whom these products or gut tests make any difference at all. Nevertheless, people are eager to jump on the microbiome wagon. One estimate predicts the global probiotics market will top $69 billion by 2023.

Although scientists for more than a century have talked about the importance of the gut microbiome in helping absorb nutrients and digest food, advances in DNA analysis technology, more sophisticated computers and higher-powered microscopes have enabled a far more detailed study of the microbiome.

“In the last 20 years, people have started to appreciate that many of these communities of microbes play important roles in the health and well-being of various plants, animals and humans,” says Jonathan Eisen, a UC Davis professor and microbiologist. “Only a tiny fraction of these is detrimental and can cause disease. The debate is, what do all the other microbes do?”

Research has demonstrated an association between abnormal microbiomes and disease, including Crohn’s, irritable bowel syndrome, cardiovascular disease and some cancers. In these cases, there may be an overgrowth of certain bacteria or a general lack of diversity among the microbes, but it’s still not clear whether the abnormal gut microbiome causes the problems or if the problems lead to abnormalities in the microbiome.

“We know bacteria living in and around us provide a connection to the immune system,” says Sergio Baranzini, distinguished professor of neurology at the University of California, San Francisco and a microbiome researcher. “What we still don’t know is what probiotics do to your microbiome in enough detail to say, OK, if you take this probiotic, you will boost the population of the necessary bacteria and reduce the population of the bad bacteria.”

Eisen, who studies the microbiota of various plants and animals, explains that sorting out the gut microbiome is just too complex to draw simple conclusions about any single person or their health status.

The gut microbiome is established at birth and can change with a person’s day-to-day diet, infections or other illnesses, antibiotic use and other environmental exposures like dust or tobacco smoke.

Every person has thousands of distinct species of microbes in their gut, and these species may differ depending on where in the gut they live. Adding to that is the fact that different strains of microbes can have different functions, some good and some bad. While one microbial strain, say of E. coli, is beneficial by helping take up vitamins, another can be dangerous by producing toxins that damage the intestines and kidneys.

“The science is slowly progressing, but it’s so complicated,” says Eisen. “There are many examples in which the community of microbes in the gut can in some cases and for some people provide health benefits. The challenge is that in most cases they have never figured out which microbes do have benefits, and they haven’t figured out why it happens in some people and not in others.”

So much of microbiome research is in its infancy, and even studies that are well-funded by government and industry are far from proving direct cause and effect for the role of probiotics in improving health.

There has been important progress, however, in fecal transplantation for patients who have recurring infections with Clostridioides difficile. C. diff, for short, is a contagious bacterial infection most often contracted in health care settings. It can spread via contact with surfaces contaminated with the germ’s spores and from direct contact with an infected person.

C. diff naturally occurs in the intestine of some people but is usually kept in check by other microbes in the gut. Antibiotics, which target disease-causing bacteria, also can reduce the population of good bacteria in the gut and cause C. diff to proliferate in the intestine or colon. The infection can cause severe diarrhea and inflammation of the colon, or colitis, and is deadly in some cases.

The Centers for Disease Control and Prevention estimates that C. diff causes 500,000 infections and 29,000 deaths every year in the United States.

Fecal transplantation, also called fecal “bacteriotherapy,” involves taking stool from a healthy person and transplanting it through colonoscopy or by pill into the digestive tract of the patient with C. diff. Studies in patients with recurrent C. diff who have failed treatments even with powerful antibiotics have shown that transplants are 90 percent successful.

But fecal transplantation has not been proven to work for other conditions. Nevertheless, that hasn’t stopped people from pitching the procedure for everything from allergies to obesity. Eisen says he’s even seen clinics performing fecal transplants for people with psychiatric disorders.

“Imagine you were taking care of someone with schizophrenia and the drugs weren’t working,” he says. “Of course, you would try this. But these companies are taking advantage of someone with a horrible disease. They’ve created a massive wave of hype.”

Fecal transplantation is now the subject of legitimate, well-funded research in a number of other diseases, including multiple sclerosis. Other promising gut microbiome work is under way at UCSF to improve outcomes for premature babies. Researchers hope to understand the role of the early-life microbiome in an infant’s development, including why some are more likely to have health complications during early development and in childhood. Eventually, the findings may pave the way for methods to prevent poor outcomes for babies and perhaps even begin on the path to finding targeted treatments.

What’s a Consumer To Do?

As scientists plod along trying to unravel the intricacies of the human microbiome, purveyors of probiotics and related businesses will persist and even gain momentum. While most of the products are not likely to be harmful, Eisen urges caution.

“Probiotics are not regulated like drugs, and anyone can make grandiose claims that you would not be allowed to make about a real drug,” he said. “The percent of probiotics sold that contain things that are known to work is small, and yet there are massive advertising and promotional scams that have led people to use them and pay ridiculous amounts for them with no benefit.”

“Sometimes science and popular belief go in different, parallel universes,” he said. “We need to follow the evidence, and so far there is very little evidence that probiotics significantly change the microbiota. The science is getting there, but science takes time.”