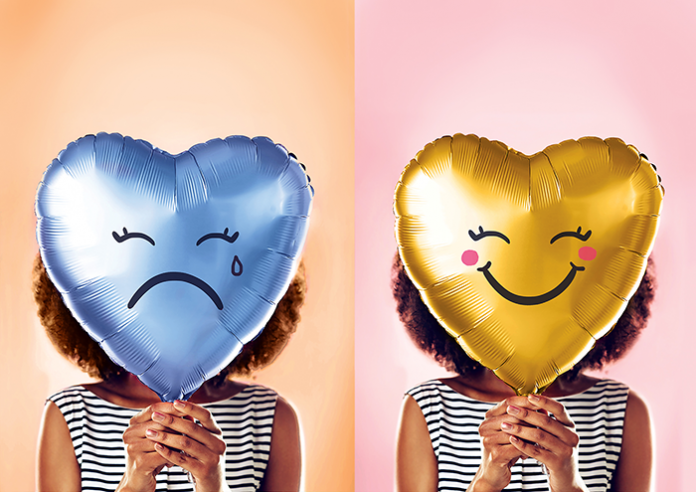 Most news stories written about our mental health since COVID-19 arrived have focused on the depression, anxiety, loneliness and cabin fever that are pushing us impatiently into risk-taking behavior.

But is there another side to this issue? Are there people who are not only grimly surviving this new era but who have found a silver lining? Can we take this situation and gain some lasting benefits from it? In short: Is it possible to find joy during a pandemic?

We asked an expert who studies trauma survivors for her take on this, and then talked to three locals: a hotel manager who welcomed baby No. 2 at the start of the pandemic; a graphic designer who is working from home while homeschooling her three daughters; and a media specialist who lost her job and must rethink her career. All admit to moments of worry, despair and frustration, but there have also been moments they never expected—and would never trade.

Dr. Joyce Mikal-Flynn is a professor at Sacramento State University in the school of nursing who specializes in neuroscience. She has extensively interviewed and written about people who’ve gone through trauma and experienced positive transformation afterward. “These are major catastrophic events,” she says, and include near-death experiences, career-ending accidents and life-threatening disease. “But they not only survived; they thrived—not in spite of but because of the event. If they hadn’t gone through this experience, they wouldn’t have had the time to think about things. They wouldn’t have achieved post-traumatic growth.”

Mikal-Flynn suggests COVID-19 is a catastrophic event that is affecting society as a whole simultaneously. But just like an individual trauma, COVID-19 can be an experience from which we can gain an unprecedented resiliency and new understanding of our lives. “You may be angry, feel some depression for a while—and that’s OK,” she says. “But if there’s no adversity, there’s no growth. If there’s no challenge, there’s no insight.”

When COVID-19 hit, Matt Willis and his wife, Lauren, were expecting their second daughter—imminently—and he was working long hours as the general manager of a local hotel. “I went from telling myself that my company would be fine to saying my individual place of work would never close to convincing myself I’d only have to lay off 80% of my workforce to completely shutting down and going on leave,” says Willis. “I definitely feared for my family as well. Having a toddler and a pregnant wife, I was extra careful and made sure to take precautions. It’s scary thinking about possibly bringing home a virus that could harm your loved ones.”

Then came the three-weeks-early arrival of the baby, who was briefly readmitted to the hospital for jaundice, followed by a tedious search for tiny newborn-size diapers (an item that was oddly hoarded during the shutdown). But when the immediate demands faded, Willis’ experience began to shift. “The silver lining to this pandemic for me is my baby girl . . . who found a way to bring my wife and I into quarantine in the best possible way,” he says. “My perspective didn’t change much, but my concentration did. My beautiful wife and daughters were an amazing distraction from the media, the worry of my current work situation and the future. I was able to give my family all my attention and loved every minute of it. I happily lost track of dates, time and the outside world.”

Because of the shelter-in-place order, Willis was able to stay home much longer than he did when his first daughter was born. “For three solid months, I was there for everything,” he says. “I could help my wife with anything she needed, play with my oldest daughter all day and snuggle with our new baby all night. It was a dream come true.”

In some ways, the extra time at home made going back to his job in July harder, but he is accepting of it nonetheless. “My main man Heraclitus knows what’s up—‘the only constant in life is change,’” Willis says philosophically. “I can’t stay home forever and need to work—(it) allows me to provide a good life for my family.”

And in general, Willis returned to his hotel’s front desk with a renewed sense of compassion. “I think the best piece of advice any of us can heed is getting out of a ‘me’ mentality,” he says. “As individuals, recognize that we comprise a community. Break up with your social media accounts and . . . find a way to love more than hate.”

As COVID-19 shutdown orders came down, Carly Cornejo was mostly worried about the shutdown’s effects on her three daughters, ages 11, 9 and 6. “I had worked from home and knew that wouldn’t be a challenge,” she says. “It was really all about the kids.” For example, her youngest had finally joined her older sisters at their elementary school as a kindergartener. “She was rocking it,” Cornejo says. “She loved her teacher and loved her friends.”

The girls’ school closed early for spring break, and everyone expected to return to campus in a couple of weeks. When distance learning was extended for the rest of the year, however, Cornejo had to confront the reality of being the girls’ primary teacher while also trying to do her job remotely. “It’s one thing to work from home. It’s another thing to work from home with all three kids with you,” she says.

So Cornejo and her husband established a routine—and stuck to it. And shortly after that, interesting surprises began to reveal themselves. The first was how much she enjoyed being so intimately involved in the children’s schoolwork. “I’d always kept tabs on what they were doing, but now I was really embedded,” she says. “I brushed up on my math skills, but my fifth–grader is already starting to transition beyond me, so I’d say ‘show me.’ It’s cool to see how much she’s learned.”

More importantly, Cornejo says, they started doing things they’d never done as a family, like 500-piece puzzles everyone works over for several days. They also instituted leisurely (and late) breakfasts. “Normally, my kids get up at the last minute and we rush out the door, but now I let them sleep in,” she says. “My middle daughter gets up and starts making my husband’s coffee and my tea. And instead of frozen waffles, I’ll make pancakes every day.”

There has also been some relief at being out of the fray. “My oldest was in fifth grade, and this age is a hard friendship time—she’d really had a rough year,” Cornejo says. “Now we’ve had a lot of one-on-one time. We watched every season of ‘The Office’—we go around quoting it to each other. We take walks together and she vents.”

In fact, long walks that include the entire family have become a cherished part of their daily routine—and one they will keep post-COVID-19. On weekdays, they explore the deep–water channel trails by their house. On weekends, they go farther afield for an adventurous hike, followed by milkshakes at a drive-in diner. “The two older girls, or the middle and youngest, will walk up ahead, walking and talking,” says Cornejo. “It’s one of my favorite things and something I’ve never really witnessed them doing before. We always felt pressured to be separate entities—in their classrooms, at our jobs. My husband said it best: ‘We’re spending time together we’d normally only do once a year on a long vacation—but now we get to do it every day.’”

Before the shutdown, Greta Beekhuis worked for a large media company, where she was known as “the troubleshooter.” A problem client, a staff argument, even a stubborn printer and the cry would go up around the office: Greta! She dove headlong into each complication, patiently working toward an often–elusive resolution. Her commitment level was so high, in fact, that she had trouble sticking to the reduced hours her doctor ordered as the work stress began to affect her health.

But when COVID-19 hit, her company laid off 80 of its 100 employees with no advance warning—and even “the troubleshooter” got a pink slip. Her busy days at the office morphed into quarantined days at home. “At first I was grateful,” she says, “because I thought of all of the times in my life this would have been so much more difficult. But I’m not receiving (medical) treatments now, my kids aren’t little anymore.”

She quickly realized, however, that her gratitude was being supplanted by the siren of social media. “I was checking Twitter every 20 seconds, following Johns Hopkins,” she recalls. “I was in a state of panic.” So she deleted Twitter and began limiting her time on Facebook and email, where it was too easy to get lost in debating falsehoods.

“Then I started to watch Andrew Cuomo every day,” she says, adding that she raised her children in New York City and had a special affinity for the New York governor’s familiar accent and no-nonsense practicality. “It was a positive anchor for me. ‘It’s 9 a.m. and I am going to watch Andrew. I’m not going to freak out over some article someone sent me.’”

As time went on, Beekhuis also began repurposing her “troubleshooter” work ethic and even turned down a big job much like her old one. Instead, she is exploring ways to work and live in a way that addresses the major health, climate and social issues of our time. “I feel like this is my opportunity to spread a positive message,” she says. “I’ve had a lot of introspection about the greater good. I’m so much more mindful of every tiny decision I make. Because you add up all those decisions and you think of what kind of social change we could make.”

Dorsey Griffith and Photography by Gabriel Teague - June 21, 2021
Near me
40 miles