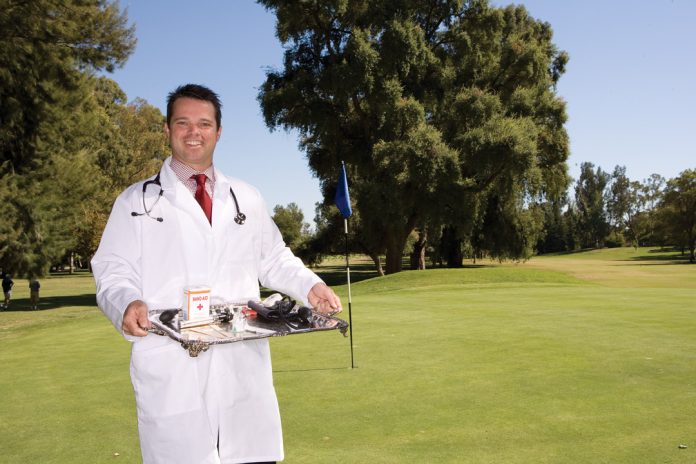 Sacramentans are saying hello to a new kind of health care: concierge.

Eleanor McCampbell liked her doctor. But getting him on the phone was near impossible, and she was fed up with the 15-minute appointments that have come to typify managed care.

So she took a chance on concierge care&emdash;and is still pinching herself.

My doctor made a house call last week, says McCampbell, 55, who lives in Citrus Heights. I thought to myself, â€˜That’s amazing&emdash;I didn’t think things like that happened anymore.’

Although concierge plans provide only basic medical care&emdash;for complete coverage, you must buy outside insurance&emdash;the plans offer patients something no amount of insurance can buy: the kind of personalized treatment that went out with the horse and buggy, including 24/7 phone access to doctors and same-day appointments that last 60 minutes instead of 10.

Sound too good to be true? Critics say it is, charging that concierge medicine may only widen the divide between the haves and the have-nots. (In the United States, a staggering 47 million people are without health insurance.) But with fees that can range anywhere from $60 to $15,000 a year, according to a 2005 study, it’s clear not all concierge docs are catering only to the well-to-do&emdash;and practitioners of lower-cost plans claim they can even reduce patients’ medical bills while raising their standard of care.

That, at least, is the argument posed by the local company My Personal M.D., Inc., whose doctors charge just $60 a month for adults and $30â€“$40 for children for around-the-clock access, wellness appointments, a weight-loss program and other basic care such as flu shots, mole removals and stitches. No insurance is accepted, though patients are advised to carry catastrophic or major medical coverage for services that fall outside the scope of the plan, such as tests, surgeries and hospitalizations. But even with the added cost of high-deductible insurance, say the Personal M.D. folks, the total bill represents a cost savings for many, especially those who would otherwise pay high premiums out-of-pocket.

We signed a young man, 24 years old, who makes about $27,000 a year, says Monty Peterson, M.D., who opened the first My Personal M.D. practice, Boutique Family Medicine, in Rocklin nearly two years ago. If he were to go to Kaiser, it would be nearly $300 a month. But now he pays $60 a month for boutique care and $32 a month for catastrophic&emdash;only $92 a month. At least 40 percent of his patients are uninsured, and while that’s hardly an ideal scenario, the preventive care he provides may keep them from developing diabetes or having that heart attack, says Peterson. I argue that I keep a lot of people out of the emergency room.

For Eleanor McCampbell, who is self-employed and self-supporting, it was the combination of cost savings (she previously paid $423 a month for membership in a major medical plan) and the personal touch that sold her on concierge care.

I’m no longer treated like a number, but a person, she says. When I call my doctor, he calls right back, and he takes plenty of time for me.

Her doctor, Chris Stokes, M.D., opened his My Personal M.D. practice, Summit Family Medicine, in Auburn this past July. Like Peterson, Stokes is a former Kaiser doctor who grew frustrated by large patient loads and what he calls the erosion of the doctor-patient relationship.

At Kaiser, Stokes served some 2,000 patients in a part-time position, while Peterson’s full-time caseload was around 4,000&emdash;an average number, Peterson says, for physicians in conventional practice. But My Personal M.D. limits each practice to 500 patients, freeing doctors to provide the kind of quality care that defines concierge.

The biggest thing for me is having time with my patients, says Peterson. We’re not doing 10-minute appointments, and they all have my cell phone and can call me 24/7. When one of his patients was traveling and called from Dallas to report a kidney stone, Peterson helped her navigate the medical maze long-distance. She didn’t know what to do, so I helped get her to the emergency room via phone so she could get the treatment she needed. That’s what I’m there for.

A Hand to Hold

Robert Nelson, M.D. (Dr. Bob) has been known to pop up unexpectedly in other doctors’ offices&emdash;which, he admits, has raised a few eyebrows. But to Nelson, who began his concierge practice out of his Fair Oaks home in 2005, hand-holding patients when they visit a specialist is the kind of care they deserve when they sign up for his services.

I want to be there to ask the questions they may not think to ask, and to translate medical jargon when they ask, â€˜What did he mean by that?’ says Nelson, who plans to cap his patient load at 150 so he can continue to provide above-and-beyond service on top of such standard concierge conveniences as 24/7 access, same-day appointments and house calls. (He’ll even meet patients at Starbucks or the golf course.) His fees, which range roughly from $600 to $1,000 a month, reflect the added service, but his patients say you get what you pay for.

Dr. Bob found the doctor to do my husband’s shoulder replacement&emdash;a specialist in San Francisco we wouldn’t have found without him, says Kim Cemo, 52, of Orangevale. When Cemo had an abnormal mammogram and was uncomfortable when her doctor blithely suggested, Try the surgeon across the street&emdash;I’ve heard he’s decent, she turned to Nelson. Dr. Bob took it upon himself to find the surgeon who was best suited to my needs and had the appointment set up within a few days, says Cemo. Having Nelson at her side during the appointment ensured that all the right questions were asked and options considered, she says, and gave her peace of mind.

Nelson, a former Army doc who served in Afghanistan just before starting Concierge Physicians of California, says the military environment was very much like practicing in a traditional HMO, with 10-minute patient appointments and too many to treat in a day’s work. I knew there had to be a better way. Once he learned about concierge care, he knew it was for him.

I’m very happy I did this, says Nelson. I don’t think I’m a better doctor than I was before, but I know my patients a lot better, and they know me.

Policymakers, including the California Medical Association, are watching. But the trade group has taken a no-policy policy on concierge care thus far, according to spokesperson Ron Lopp. Our house of delegates looked at concierge care back in 2003, and basically we adopted a policy that acknowledges it as an option for providing medical care for patients, and that’s pretty much it. We didn’t say it was good, bad or otherwise.

The feds are watching, too. Prompted by concerns that concierge care might violate Medicare requirements or negatively affect patients’ access to health care, the Government Accountability Office&emdash;Congress’ investigative arm&emdash;conducted a study. But the GAO concluded that concierge plans comply with Medicare laws as long as membership fees don’t result in patients’ being charged for already-covered services. The study also found that access isn’t a problem&emdash;yet&emdash;because the number of concierge practices is still too small.

Still, some worry about the patients who suddenly find themselves doctor-less when their physician opts out of conventional practice and goes concierge.

If you launch a full-blown concierge practice and are only seeing a fraction of the number of patients, what happens to those who are left behind? asks Ben A. Rich, professor and chair of bioethics at UC Davis. The shrinking pool of primary-care physicians only adds to the problem.

But concierge doctors will tell you they see it as a return to consumer-based medicine that succeeds where insurance-based health care has failed.

The doctor-patient relationship is the cornerstone of medicine, and to have outside interference [from insurance] is just plain wrong, says Robert S. Taylor, M.D., who pioneered the concierge concept in the Sacramento region when he opened First Class Medical in Roseville in 2004. Patients today are being thrown to the wolves, and concierge doctors offer real-time answers for real-time problems.

Some say the numbers aren’t big enough to call concierge medicine a trend. There are only a handful of concierge docs in the Sacramento area, and 146 nationwide as of 2005, according to the GAO report. But Andrea Kauppila, vice president of My Personal M.D., says they’re getting bombarded with calls from doctors who want to join up. We have doctors calling us from all over Northern California, and we haven’t even promoted to them yet, she says. One doctor serving in Iraq recently e-mailed an inquiry about starting a practice in Sacramento when he returns. Says Kauppila, It’s the front of a wave.

Concierge care is not a replacement for insurance and is not for everyone, adds Stokes, the former Kaiser doctor who now works as a concierge physician. But it’s a good model and provides a good alternative for many.