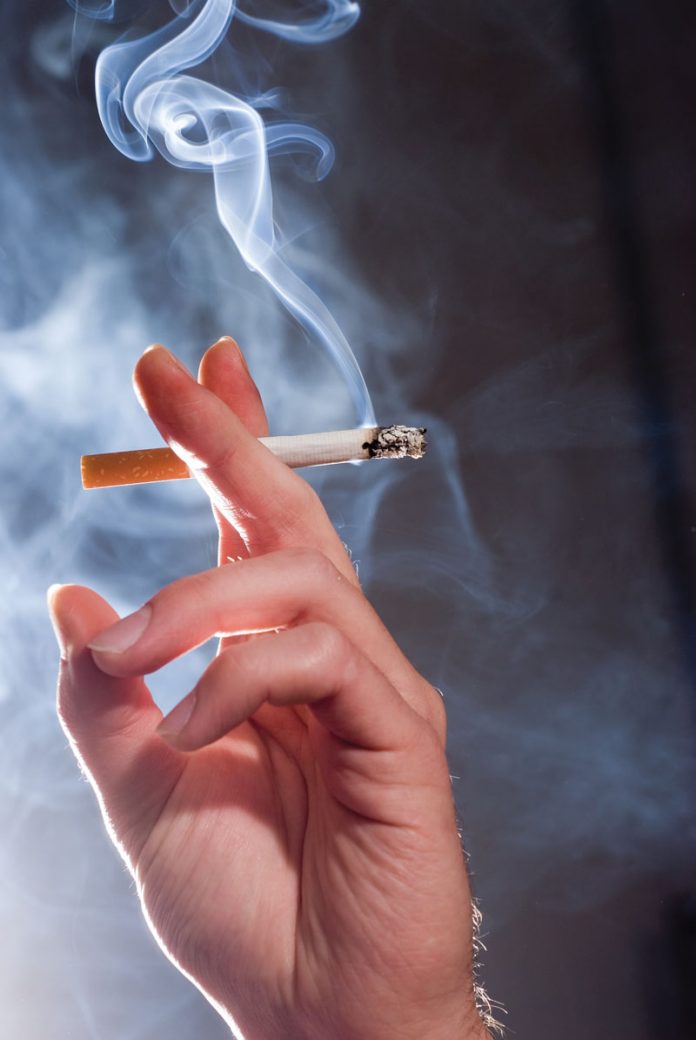 A doctor once told me that cigarette smoking is the No. 1 worst thing you can do for your health. Is it true? Even if it is, can’t you just quit smoking and erase all the damage? What’s the best way to quit?

With nearly 20 percent of U.S. adults puffing away—and an equal number of teens lighting up, too—these questions beg to be asked. Here’s what a few local experts had to say.

1. Yes, it just might be the worst thing you can do. Oh, yeah? Yeah, says Donald Rifas, M.D., a pulmonologist at Mercy General Hospital in Sacramento, who smoked  himself until watching a surgery in which a woman “got half her face removed—pharynx, larynx, jaw—because of tonsil cancer,” he recalls. “I saw that and thought, ‘Ooh, that’s not for me.’” What people need to know, says Rifas, is that lung cancer isn’t the only thing smokers need to be afraid of (though it’s a biggie; it’s the No. 1 cancer-killer in America). Cigarette smoking is linked to a long list of other ailments, some of them life threatening and not all of them lung-related, including heart disease, stroke, peripheral vascular disease and all kinds of cancers, from mouth to bladder to stomach. (And that’s just naming a few.)

2. You can’t totally undo the damage. We know this isn’t what you want to hear. But experts say that once you’ve smoked, you’ve permanently raised your risk of smoking-related diseases. “I’ve seen people quit smoking and still get lung cancer 10, 20 or 30 years later,” says Rifas. “You never erase the damage completely.” Then why even bother quitting, you ask? Here’s why: The longer you’ve quit, the better your chances of dodging the bullet, according to Tony Sando, a respiratory care practitioner who runs smoking cessation classes at Sutter Roseville. It’s incremental, explains Sando: If it’s been less than 10 years since you’ve stopped, you slice your odds of lung cancer by one-third; if it’s been 30 years, risk is decreased by a whopping 90 percent. “Anybody who smokes is raising their risk of lung cancer and other diseases, even if they quit,” says Sando. But it’s never too late: Sando himself smoked for more than 30 years before finally kicking the habit about five years ago.

3. It’s often the hardest drug to quit. “They’re all a [bleep] to kick, but I’d have to say cigarettes were the toughest,” rocker Ozzy Osbourne reportedly said when looking back on a lifetime of heavy drug and alcohol abuse. Osbourne’s experience is typical, says Marcy Jay Nichols, a certified health education specialist at Kaiser Permanente in Sacramento. “If you look at people in recovery, you’ll see people who can recover from alcohol and other drugs, but still continue to smoke,” she says. But why should nicotine have a stronger hold on people than other drugs? Repetitive use may have something to do with it, Nichols suggests. “If you think about how many times a day you smoke, the sheer volume and repetitiveness of it makes it that much harder to stop,” she says. Plus, nicotine’s speed of delivery is super-fast—“only seven seconds to go from your lung to your heart to your brain,” as Nichols puts it—giving it an instant gratification factor that reinforces the addiction.

4. “Light” cigarettes aren’t the answer. If your grandparents smoked unfiltered Camels, you might be thinking you’re better off with brands like Marlboro Lights or Merit Ultima, whose low-tar and nicotine labels seem to suggest they’re less dangerous than regular cigarettes. Hogwash, say experts. Low-tar cigarettes only reduce the risk for lung cancer by a tad, according to the Centers for Disease Control, and they do nothing to reduce your odds of getting other lung diseases or heart disease. Besides, nicotine and tar are not the only dirty ingredients in cigarettes, which are packed with dangerous chemicals—more than 4,000, to be exact—many of them known carcinogens. And here’s the topper: Smokers of “light” cigarettes tend to inhale more deeply, take extra puffs or smoke more cigarettes per day in order to satisfy their nicotine craving, according to the National Cancer Institute.

5. Drugs are a mixed bag. So you’ve tried the gum, the patch, the inhaler—nothing’s worked—and you’re tempted to try prescription meds. Here’s what you should know: Chantix and Zyban, two popular smoking-cessation drugs, were recently required by the FDA to carry a “black box” warning—the agency’s strongest safety warning—due to consumer reports of serious changes in behavior and mood, including depression and suicidal thoughts. What makes these drugs potentially dangerous, suggests Rifas, is that they play with the brain. “They’re supposed to change your brain so it doesn’t crave nicotine anymore,” he says. “Some people swear by them, and some people swear at them, like anything else.” Though they’re a lifesaver for some, Rifas considers such drugs a last resort; he’d sooner see people use some of the old-school tools, like nicotine-replacement patches, which work by providing an incrementally smaller and smaller dose of nicotine through the skin over a course of weeks. “That way, people get weaned off a drug [nicotine] they’re already using instead of become addicted to another drug,” he says. Still, patches and other smoking-cessation aids can only go so far because they address only the physical side of addiction, and not the psychological. Rifas says that for many people, it takes a life scare—such as falling asleep with a lit cigarette and setting the bed on fire—to make them stop smoking.

6. Best bet: Combination therapy. Want to double your chances of quitting for good? Then do double duty. “The gold standard is coupling behavioral intervention with a cessation aid tool,” says Kaiser’s Nichols. At Kaiser’s and other smoking cessation classes, facilitators help patients to explore the psychology behind their habit and find practical alternatives to old behaviors. “If you used to have a smoke with your buddy during break time at work, and you stop smoking, we ask, ‘What are you getting from your cigarette break, and what can you do to replace it?’” says Nichols. When people stop smoking, it’s not just the cigarettes that are being given up, she explains, but all kinds of other social and psychological payoffs, many of them positive. The challenge is to find the same payoffs in other ways, sans smoking.

7. The “whys” have it. In the smoking cessation classes he teaches at Sutter, Tony Sando focuses heavily on the why of smoking. Why? Simply put, he believes people have a much better chance of quitting if they know why they’re quitting, partly because that was his own experience. “In the past, I’d tried classes, cold turkey, the gum, the inhaler,” says Sando. “But finally the why  became big enough—the why being that I was coughing up a lot of mucus, it was very moist-sounding, and it was really getting to me that it was happening too often.” But most people aren’t in touch with the why, he says; that’s why he makes it such a focal point in his classes. “People are not going to quit because the price of cigarettes has gone up to $8,” he says. “Money is not a big enough why. It’s got to be internalized, something that means a lot to you.” Once the why is identified, Sando says, the next steps are when (picking a quit date) and how, meaning determining which smoking-cessation aid will be used.

8. Tenacity is key. It usually takes two to four attempts to quit smoking for good, say experts, leading to this final piece of wisdom: Don’t be discouraged; just keep trying. As Mark Twain was quoted as saying, “Quitting smoking is easy. I’ve done it a thousand times.” Failure, as Sando says, “is only the last time you try”—so try, try again. (He did.)