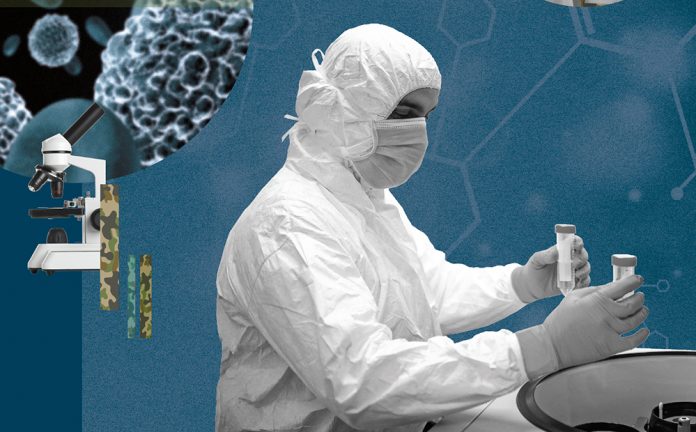 Jan Nolta, Ph.D., uses a lot of military metaphors when describing the work she does at the gene manufacturing lab at the UC Davis Institute for Regenerative Cures and Good Manufacturing Practice facility. When cancer patients are in the battle for their lives, it’s good to have a million or so trained assassins on your side to latch onto invaders, stab them, insert a toxin and kill them.

Her groundbreaking work, and the work of dozens of doctors and researchers at UC Davis, has led to some remarkable early success in treating blood cancers such as lymphomas in patients facing their last stand. When chemotherapy and other standard cancer treatments have failed, it is chimeric antigen receptor (CAR) T-cell therapy that has worked and sent one patient into complete remission, and the second test subject is heading toward that same good news.

“We take the blood from a relapsed cancer patient who’s already been through their first round of chemo and their cancer came back, and we bring it into this facility,” Nolta explains. “We add a safety-modified viral vector that used to be a virus, but now it’s just carrying the gene we want it to carry into battle.”

Nolta says her team uses an inactive lentivirus that’s directly related to HIV and places a receptor into the T cell that is genetically armed specifically against the patient’s type of cancer. Nolta’s team modifies the patient’s blood for about two weeks in the lab and returns it to the UC Davis Comprehensive Cancer Center for infusion back into the patient. That’s where the fight gets taken to the cancer. So far, the patients are winning not only the battle but the war.

“Once we get the T cells back into the patient, it’s their own cells, so there’s no rejection. It’s immunotherapy,” Nolta says. “[The T cells] go all through the blood vessels and tissues and look for those cancer cells, poke holes in them and blow them up.”

Hundreds of millions of T cells are initially harvested from a patient and sent to Nolta’s lab, where they are modified with the vector and made into the specific cancer-fighting T cells. Several million of those T cells are then identified and reinfused into the patient.

Nevada City’s Alan Gaines is UC Davis’ first CAR T-cell patient and is in complete remission after his non-Hodgkin’s lymphoma refused to halt its advance during standard treatments. The 77-year-old retired commercial airline pilot and Navy fighter pilot who did two tours in Vietnam was facing a grim prognosis before his oncologist, Joseph Tuscano, M.D., asked him if he’d like to be the pioneering patient and allow his own T cells to be armed test pilots.

“The new and exciting part of this treatment is that the cells are modified here, which means the cells are fresher and we can get them back into the patient faster, and that can mean all the difference for these sick people,” says Tuscano, who is a co-investigator in the UC Davis study and the lead oncologist for both Gaines and Penelope Crumpton, the second patient to receive the CAR T-cell immunotherapy. “There are commercially available CAR T cells, but the labs are far away and the cells have to be frozen for transport. That automatically makes them less effective.”

Mehrdad Abedi, M.D., is an oncologist and professor at UC Davis who is the lead investigator of the trial. His job is to over-see the methods used in the trial and to tweak patient care to maximize effectiveness of the CAR T cells and ensure the patients survive the process.

Abedi says he and his team are constantly testing new regimens of chemotherapy and T-cell dosage levels before the CAR T cells are infused. The chemo kills enough cells to make room for the newly trained CAR T cells to expand and start hunting for the cancer cells.

“This is groundbreaking work,” Abedi says. “These are patients with no other options. They would likely die without this treatment. And because we are now making these T cells in house, we don’t have to freeze and ship. We now have plenty of data to show that fresh cells stay in the body longer and the quality of the cells changes for the better.”

Abedi says the trial will be in two phases, and he and his team are at the start of the first phase. The first cohort, which includes Gaines and Crumpton, will be examined not only for effectiveness against the cancer but to see if there are any negative effects of the vectors, Abedi says, as well as any side effects that become too debilitating for the patient to continue. Abedi says Phase 1 is expected to be completed in early 2023. Phase 2 will look for the optimal treatment regimen and develop that. Most medical trials have three phases, Abedi says, and the final phase includes a placebo. “But that’s not going to happen with these patients,” he says, for obvious reasons.

There are CAR T-cell clinical trials underway for sickle cell anemia, Abedi says, but those treatments are running about $2 million per patient. That’s just for the product itself and doesn’t include tests, hospital stays, etc. The key in the near future is to get the costs down, he says, and making the product on-site will do just that. Abedi says eventually the cost will drop to around $50,000 per patient, a dollar amount that insurance companies can handle.

It’s the job of David Lubarsky, M.D., to make the correct investments at the right time to deliver results for patients, and he’s done that with the Institute for Regenerative Cures. The CEO of UC Davis Health amassed $50 million to start the institute, which is on the site of a former horse barn on the old California State Fair site off Stockton Boulevard.

“We needed to fi nd a space for the labs, and my job is to ask our teams, ‘What do we need to do to make you succeed?’” Lubarsky says. “My job is to remove obstacles and provide things for great people to do great things. So we’re making investments for the next generation of patient care.”

Lubarsky says the idea for the UC Davis institute came about three-and-a-half years ago after he took a trip to a Swedish lab and was impressed with the success the scientists were having with CAR T cells. Now, the UC Davis facility is one of only a few on the West Coast manufacturing CAR T cells on-site, and the only one within the University of California system.

“What I’m hoping for is to be chased by the others,” Lubarsky says. “That competition makes us run harder and faster, and ultimately that benefits patients.”

Penelope Crumpton is a beneficiary of that foresight and had hoped to be the first patient to go through the trial. But she developed shingles after a chemo treatment, and Gaines was tapped to be the first instead. Crumpton, 64, lives in Redding, and a few weeks after receiving her CAR T cells on Jan. 19, 2022, the electrician was back pulling wire. All tests since have shown a remarkable improvement in her battle against B-cell non-Hodgkin’s lymphoma.

She was first diagnosed with cancer in 2015 after what she and her doctor thought was a gallbladder issue that was causing intense pain in her abdomen.

Tests revealed a growth instead. Her type of blood cancer can attack organs and produce growths throughout the body. Because it travels through the blood, it’s one of the most lethal cancers.

After chemo, the growth shrank considerably, and Crumpton thought she had defeated the cancer. When it returned in 2019, she got a bone-marrow transplant. Again, she thought she had it beaten, but in early 2021 it returned, this time in her liver.

That’s when her oncologist in Redding referred her to UC Davis, and in January she got her well-trained T cells back, and the march to victory was on.

“It’s frightening sitting in the room as they put the cells back into you because a lot of bad things can happen. You can have a stroke, for instance,” Crumpton says. “But it was interesting watching the cells go back in. I tell people that my T cells went to boot camp.”

Abedi and Tuscano are excited about what they can do with the T cells in terms of the genetic markers they can plant in the cells to better guard against relapses. Sometimes a tumor or blood cancer can get smart, go incognito and evade the T cells, allowing the cancer to return and regrow, Abedi says.

“The next generation [CAR T cells] will be able to handle two or three targets so the cancer can’t get away with hiding,” Abedi says.

Nolta says UC Davis is already at capacity and is looking to make further investments in space and staff to double the number of patients the system can serve every day.

“I think a lot of what gets done in cancer treatment now in terms of taking out bones and tissue will be thought of as barbaric in retrospect,” Nolta says. “We’ll be able to tailor therapies using these living medicines and gene therapies and send these little soldiers in to take care of things.”

Tuscano says he is cautiously optimistic that his patients will remain in remission, that the battles being fought now will ultimately lead to winning the war against cancer.

“I’m a scientist and I’m always careful about making predictions,” he says. “The question now becomes will this trial help against other cancers and perhaps other diseases such as HIV? I think it might. We’re making huge gains.”