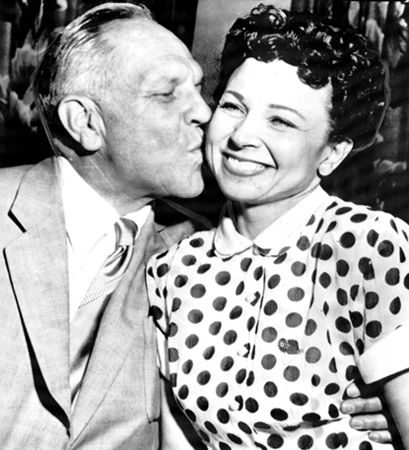 GOODWIN KNIGHT WAS THE FIRST GOVERNOR of California to get married while in office. A widower, Knight, who served from 1953 to 1958, is pictured in this photo from his first year in office with his fiancée, Virginia Carlson, a widow. Once she was ensconced in the Governor’s Mansion, she gathered portraits of all the first ladies who had lived there and had them hung in the front hall. There they stayed until first lady Maria Shriver had them moved to the Governor’s Office in the state Capitol, where they are lined up opposite photos of the governors.