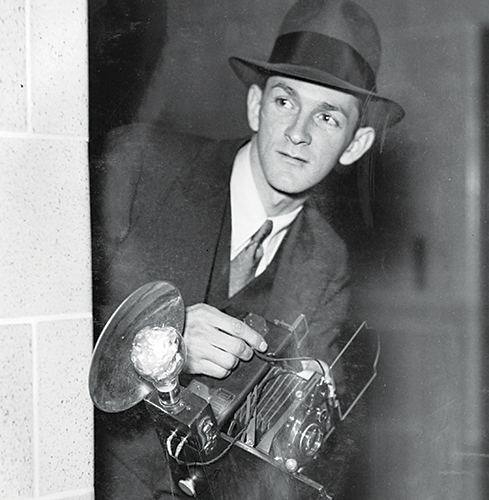 SINCE PHOTOGRAPHY MONTH SACRAMENTO TAKES PLACE in April, it’s a fitting time
to honor notable photographers of our region’s past, such as Sacramento Bee photojournalist Robert Handsaker, who’s poised for a shot in this circa 1935 photo. Handsaker served the Bee for 41 years, part of that time as chief of the photography department, where he was known to have affinity for aerial shots. For example, he boarded an aircraft to cover “Operation Haylift, the U.S. Air Force’s effort to deliver food to isolated herds of cattle in Nevada during the harsh winter of 1948–1949. Hansaker died in 1989.