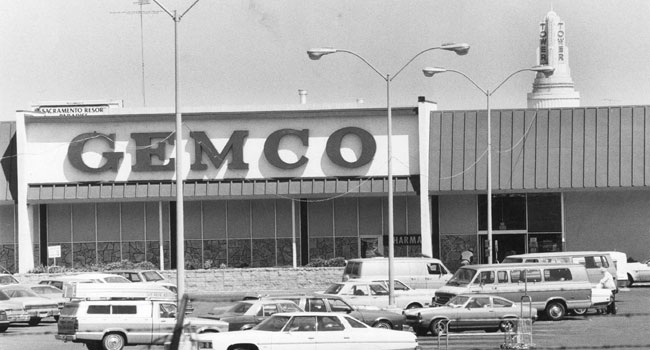 THE CENTER FOR SACRAMENTO HISTORY ran this photo on its Facebook page three years ago, and it quickly became one of the most “liked” images the center has ever posted. Skip Shuman of The Sacramento Bee took the photo in June 1980.

Gemco was a “membership” department store at a corner of Broadway and Riverside Boulevard. The company broke ground for the building in May 1964 at the former site of Edmonds Field, home of the Sacramento Solons AAA baseball team. The Gemco chain closed in 1986, and the Broadway location was replaced within a year by a Target store.

On Facebook, people shared memories, saying “Dad worked at Gemco” and the store “ruled,” and some claimed the membership fee was $1.