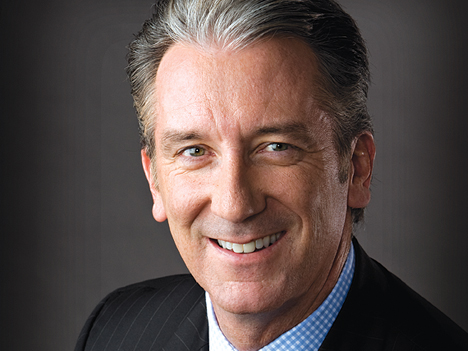 It takes a certain vision to turn a nice little “charity” into a thriving $150-million-a-year business. Roseville-based PRIDE Industries now has 4,200 employees across the country. The man behind the transformation, Mike Ziegler, has been at the helm of PRIDE for 26 years.
KB: What is the one thing that makes PRIDE stand out?

Ziggy: We have a definitive mission. We create jobs for people with disabilities. It’s that simple. It is our mantra. It allows us to work with great purpose and enthusiasm. Many companies lack direction because they don’t have a singular mission.

KB: I remember the story about PRIDE being founded in the basement of a church by parents who wanted their disabled young-adult kids to have jobs. When you came to PRIDE, 50 people with disabilities were being served. What are the numbers today?

Ziggy: We employ 2,800 people with disabilities. Our non-disabled staff is 1,400. We service companies, military bases and governments throughout the country, but Roseville remains our home.

KB: What’s the best part of working at PRIDE?

Ziggy: The letters from parents who have seen a disabled youth turn into a happy, productive, contributing member of society.

Mike Ziegler not only admits his entire portfolio is in equities, he says so with a certain sense of bravado. “I believe in America. I buy good companies and hold them for a long time. The market will come back.”

Pilot Sully Sullenberger of Danville was not the only hero in the forced landing of US Airways Flight 1549 in New York. US Airways was ready. Within an hour of the incident, the airline dispatched 100 employees to the scene with cash, credit cards, sweat suits and pre-paid cell phones. It arranged for a round-the-clock buffet at a local hotel and booked passengers on planes and trains or in rental cars to get them to their destinations. The airline even hired locksmiths to help passengers get back into their cars or homes. Companies are ripped by the press when they come up short on crisis management. When they get it right, we need to hear about it.

You Spent My Money on What?

Look for major charitable donors to demand a “survivability clause”: If I give a school/museum/hospital a significant donation, it must pledge to stay open for the next 20 years or else I get back a prorated refund on my donation. This became a hot topic after it was announced that Sacramento’s Loretto High School was closing. The Institute of the Blessed Virgin Mary Sisters, which runs the all-girls Catholic school, had raised millions of dollars from the local community to improve the campus. Most of the pledges came in during the past 10 to 12 years. Is there a moral hazard when the sponsors of a high school raise millions from a community to modernize a campus, then close the school and sell the campus to fund their retirements? Many donors, like the students, feel like they had the rug pulled.

Meaningless Stat of the Month

When Dixon’s Nick Watney won the Buick Invitational earlier this year, he moved past none other than Jack Nicklaus on the all-time PGA money list. Never mind he still is 71 wins short of the Golden Bear’s 73 PGA victories. With the average PGA tourney paying out nearly $1 million to the winner of most tournaments, purses have inflated mightily since Jack was prowling the fairways. Still, it is impressive for a 27-year-old to move past Jack on any list.

Kelly Brothers is a partner with Genovese, Burford & Brothers (Wealth and Retirement Plan Management).  He gives daily financial updates on KCRA 3 and NewsTalk 1530 KFBK AM.

The CEOs of Charity

Catching up with Tom Sullivan