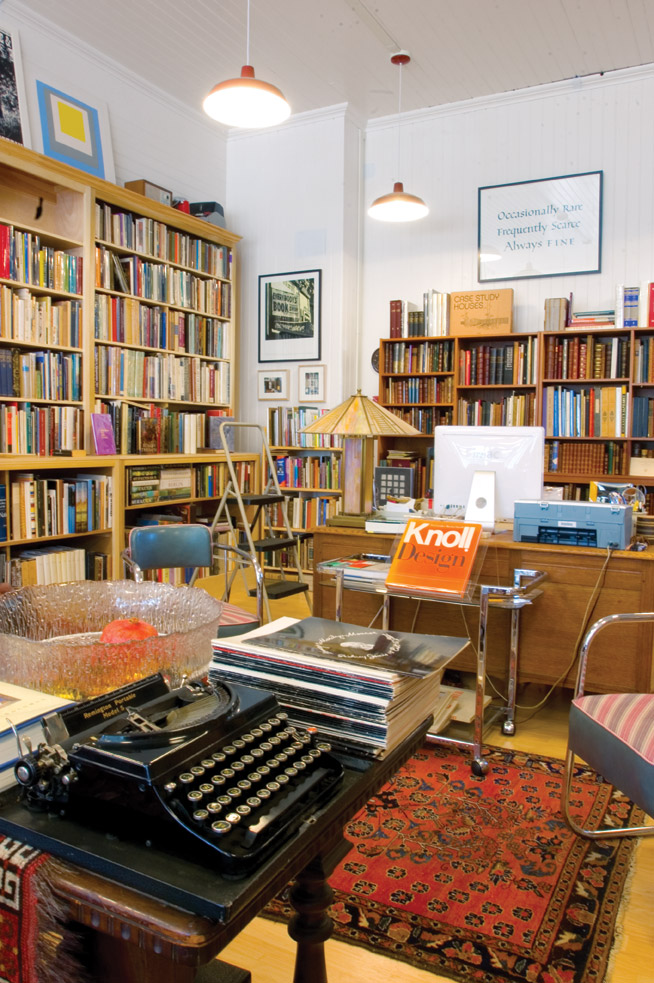 It’s not your fault if you didn’t find Richard Press’ bookstore when it was behind Michelangelo’s Italian Art Restaurant on I Street. For 27 years, it was what Press calls a botteghe oscure, an Italian term he translates as hidden shop. But now you have no excuse: This past May, Press moved his collection of 15,000 fine and scholarly art books to what was once a hardware store at the corner of F and 19th streets. If you’re a book lover, art lover, antiques lover, history fiend or serious browser, his shop has you written all over it.

This is Press’ third location in Sacramento since he started his business in 1979, and he has created an atmosphere you’d expect in Manhattan or maybe Berkeley. Each of his antiquarian, new and/or out-of-print books is a prize. Arranged by category, they’re neatly stacked on custom shelving that reaches almost to the ceiling. He’s got books about art, artists, design, textiles, gardening, music, dance, architecture, even books about books. Classical music invites lingering on hardwood stools by Finnish architect and designer Alvar Aalto or lounge chairs by American sculptor and designer Harry Bertoia. No design detail seems to have escaped him&emdash;and no wonder. To Press, books about art are art. A book is more than its content, he says. It’s an aesthetic object. It has been designed from A to Z. As has this shop. >>View from the top

Chet Newland’s new penthouse is a stunner. It’s on the 15th floor of the Marriott Residence Inn at 15th and L streets and overlooks Capitol Park, the stately row of palms that borders it and one of downtown’s busiest corners. But the real showstoppers in this space are the spectacular views of the state Capitol. I’ve been interested in moving downtown for quite some time, says Newland, who was the first to move into the residences this past fall. With a vista like that, who could resist? But it wasn’t just the view that attracted Newland, a public policy expert and professor of public administration at the University of Southern California’s School of Policy, Planning and Development. I wanted a nice condo, and I didn’t want to be out in the boondocks, he says, adding that he frequently walks to the Capitol from USC’s State Capital Center offices at 18th and I streets.

But getting the downtown home he wanted was no walk in the park, especially after some high-profile projects downtown fell through. I kept calling around, and one day I got a call about these, says Newland, who rushed right over and bought on the spot. In fact, he bought two penthouses and combined them. Each window has a nice view of the Capitol, he says. Which is just tops.