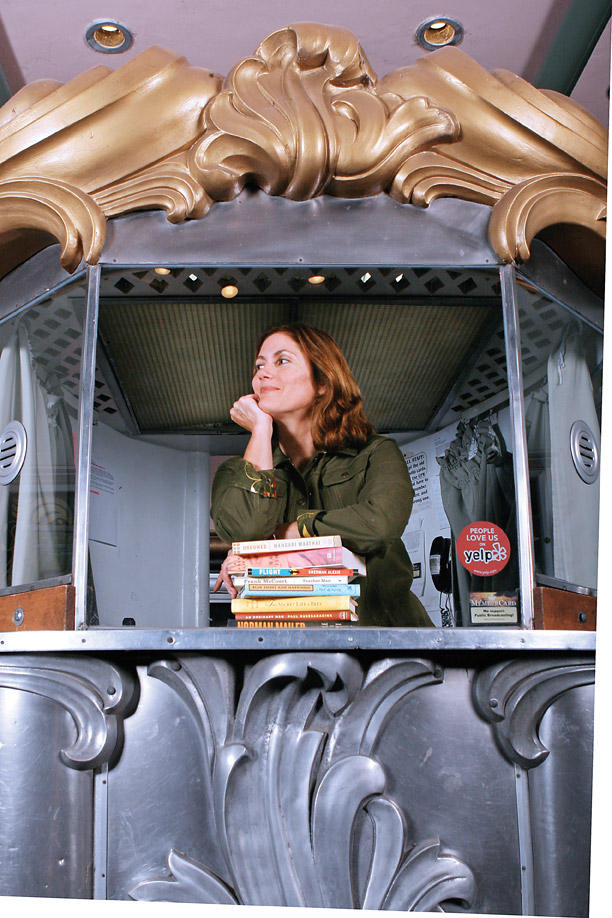 Works From The Vault

It took three decades to assemble the artwork for an exhibit scheduled to open this month at the City Hall Art Gallery, 915 I St. The working title, From Concept to Creation: Sketches and Maquettes From 30 Years of Art in Public Places, says it all. The works were selected from what Art in Public Places program administrator Linda Bloom calls proposals.

They’re from artists who have either applied or were selected by the city or the county, she says. Some [of the works] have never been realized. So this is a chance for the community to see how an artist thinks, what their ideas and their concepts are, and to see some wonderful ideas, which, while they might have been very creative and fun, didn’t
necessarily work for public art.

Suzette Riddle loves a good read as much as anyone, but she isn’t satisfied with merely enjoying a book on her own. Five years ago, she began the California Lectures series to connect Sacramento audiences with renowned writers, filmmakers, historians, journalists and poets. It’s been a smash hit. Events typically are sold out.

Riddle opens her 2007â€“08 six-lecture subscription season later this month at the Crest Theatre with Life of Pi author Yann Martel. Other literary luminaries on the bill include Ha Jin (War Trash), Sue Miller (The Good Mother), Geraldine Brooks (Year of Wonders), Richard Powers (Plowing the Dark) and Tobias Wolff (This Boy’s Life). (See dates and details at californialectures.org.)
What’s Riddle’s take on the rumor that nobody reads anymore? She doesn’t believe a word of it.

Why did you start the series?

My background is in the arts, and I’ve always worked on the stage in some capacity . . . I’m a big reader . .  . and I love to write. I also had been to other cities where they had 20-year-old literary arts organizations, and we didn’t have one. In a city the size of Sacramento, we need a literary arts group.

Is this a full-time job for you?

Very. I wish it were just a full-time job.

How do you select the speakers?

It varies so much. I have a list in mind, but I also look at what’s out. Richard Powers won the National Book Award and Geraldine Brooks won the Pulitzer, and so naturally, I think, They’re here; they’re current.

What have you just finished reading?

by Ha Jin. He’s won a major award for every single one of his books.

Like to spend your idle seconds browsing? Here are five urban-Sac blogs you may find worth a hit.