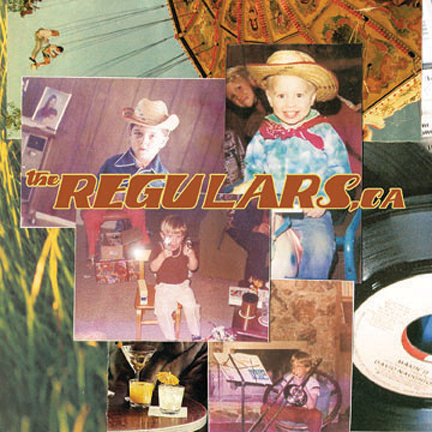 Congestion is the norm now,
Doesn’t matter the time of day,
The yuppies are moving in,
How many lofts can you make?
There’s something changing in midtown.

Brian Guido doesn’t think much of lofts or condos. At least not in the proliferating numbers he’s seen recently, and he says as much in Driving Down J Street, one of six new cuts he wrote and
performs with The Regulars, CA, on a CD released this summer. I think everybody in the band is behind [that song], says the
37-year-old musician and former midtowner. They love the music, and lyrically, the band is behind me, too, because they have the same beliefs I do.

Guido left midtown about three years ago after finding more affordable housing in Hollywood Park. When I first moved there in 1998, there was a diverse and affordable community and a culture that is changing now, he says. I think the urban core of the city is being suburbanized. . . . I like Sacramento, I do. But I also have issues, obviously.

To hear Driving Down J Street, go to areyoualiverecords.com (click on the CD) or myspace.com/regularsband.

The Power of Big Art

There may be nothing so fragile as an unwritten code, but local taggers seem to steer clear of surfaces other artists have claimed. At least that’s true (so far) of the mural Gabriel Romo (aka 2hermano) and Joshua Silveira painted on the east side of Bon Air Market & Deli at 26th and J. Using acrylic and spray paints, the two completed the work this spring, and while graffiti has been scrawled on the phone and utility box nearby, for the most part, the wall and the mural have been left alone. Romo and Silveira thought that was the way it would play out.

They approached us about painting the mural, says Bon Air co-owner Ham Nagin about the two artists. Before, [the wall] had graffiti, so we sat down together and decided what to do. Now, the mural shows one person eating a sandwich, and they came up with [the idea] of another person having a drink, and they used my son as a model for that. Nagin says he’s gotten a lot of positive comments about the piece&emdash;a win-win-win for the artists, Bon Air and art lovers of all stripes.

Yes, We Have No T-shirts

A chrome cuckoo clock in a new shop in Old Sac tells you immediately you’re not on Gold Rush time anymore. Tim and Linda Arbogast of Jett Modern at 116 I St. are known for their sense of the unexpected, but they’ve really outdone themselves by putting their chic home furnishings boutique and interior design studio right across the street from the state railroad museum. No, we don’t have any T-shirts that say â€˜Old Sacramento’ or â€˜How the West Was Won’ or whatever they say, Tim Arbogast notes, laughing. What they do have is an inventory that showcases a flair for classic design and unusual accents. We know that not everybody is going to â€˜get’ us, but we’re here for the people who do, says Arbogast. Here’s how he’s been answering their questions.

Why Old Sacramento?
The space. We have 20-foot ceilings, windows on three sides and so much natural light. When we saw it, it was like the heavens parted and the
angels sang.

What does Jett Modern mean?
Jett is our son’s name and modern means present day. Some people think modern means cold, scary or spacey and weird. Modern simply means right now. Everything we bring in is right now.

Parking’s not impossible?
No. The parking garage is right across the street. And we validate.

Tourists find you, no doubt. How about locals?
Absolutely. We’ve been hearing the word oasis a lot.