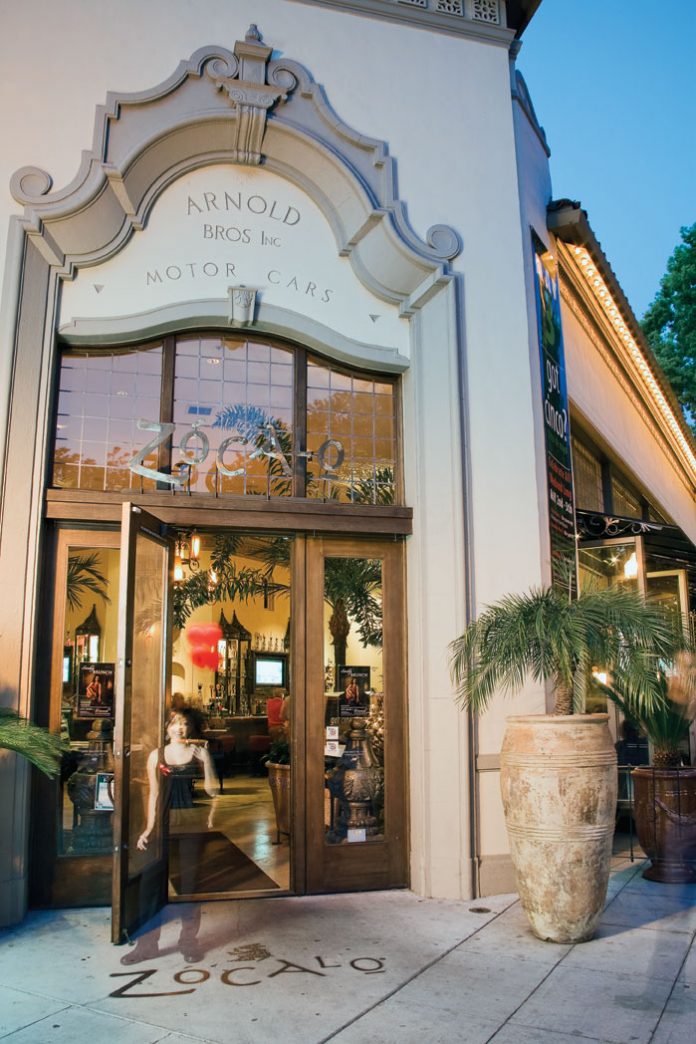 It was, as they say, an OMG moment. Folsom-based interior designer Kerrie Kelly and Sacramento photographer Steven Holmes were in Santa Barbara working on a book about California’s Spanish Revival design and architecture when it hit them: How could they not include an example from Sacramento? So they turned their eyes toward home and the historic stucco-and-tile-roofed building at 18th Street and Capitol Avenue. Today, it’s home to the restaurant Zócalo, but in 1925, when it was built, it housed an auto showroom and service center. If you look above the door as you approach the entry from the street, you’ll see the original signage: “Arnold Bros. Inc. Motor Cars.” Kelly and Holmes say their coffee-table-style book will cover structures in five cities: Sacramento, Santa Barbara, Los Angeles, Palm Desert and Carmel (the only city they have yet to visit). About having to make the trek to Carmel for research, Holmes laughs and says, “I’m willing to do just about anything for my art.”

Ella Dining Room and Bar, the K Street restaurant owned by The Kitchen’s Randall Selland, is in good company: It recently was honored for design along with Nobu, Matsuhisa and Royalton, all heavy hitters in the restaurant and hotel worlds. Ella won Hospitality Design magazine’s HD Award in the “hospitality debut” category, beating out Reef and 3rd Bar, a high-profile Houston restaurant and cocktail lounge. The stylish restaurant, designed by Amsterdam-based UXUS Design, also is featured on the cover of an upcoming Japanese book on restaurants and retail stores. Michael Zwahlen has been shooting Sacramento’s changing skyline for about three years now, and if you’ve logged on to livinginurbansac.blogspot.com, you’ve seen his work. If you haven’t, you’re in for a treat.

He took the shot above from West Sacramento using a photographic technique known as HDR, which stands for high dynamic range. “It’s a lot of work, so I don’t do it very often,” he says. “But with HDR you get all the colors, and they’re rich and full. The color is dazzling, so even though it’s a lot of work, the payoff can be pretty cool.”

Zwahlen posts regularly on livinginurbansac and on his own website, zwahlenimages.com.