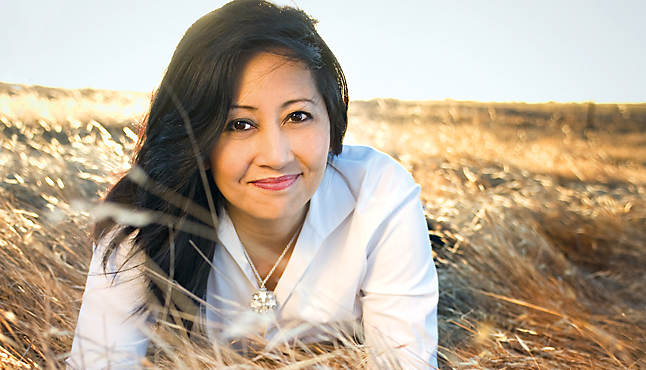 With Kleenex in hand, Macuha sat next to co-anchor Marianne McClary and fought the tears while delivering what may have been the most difficult newscast in her 14-year television career.
She had been diagnosed with breast cancer, and wanted people to know.

“I just wanted to share the story so that everybody takes care of themselves,” Macuha told viewers.

Macuha got her wish.

E-mails, gifts and letters poured in. Many told Macuha they had been putting off mammograms for years. But upon hearing her story, a fire was lit. “Yours was the voice that finally got through to me,” wrote one 52-year-old woman who said she’d been terrified of the test, but scheduled an appointment after hearing of Macuha’s plight.

For the 49-year-old Macuha, a mammogram advocate whose cancer first showed up as a suspicious mass during her annual test, that’s as good as it gets. “I finally feel I have accomplished some-thing big—that I have given to people—and that makes me feel good,” says Macuha during an interview in her Carmichael home. Macuha has been a prominent presence in Sacramento media for years, starting in radio (she was at FM 102 in the early ’90s) before making the leap to television in 1995. But the ripple effect of this single message and its potential to save lives is, in Macuha’s mind, the most important work she’s ever done.

Cancer is never good news. But Macuha was lucky. A biopsy confirmed her cancer was a Stage 0, highly curable form called DCIS, or ductal carcinoma in situ. With DCIS, cancer cells are confined to ducts and have not spread to breast tissues or other organs, according to cancer.org, the American Cancer Society website. While DCIS is noninvasive, it can become invasive if left untreated, and Macuha wasn’t taking any chances. To pre-empt the risk of recurrence, she chose the most aggressive form of treatment available: a double mastectomy.

While it may sound extreme—lumpectomy or a single breast removal are other standard treatments for women with DCIS—Macuha’s decision was swift and, under the circumstances, understandable. Macuha was 22 when she lost her mother to breast cancer, and her grandmother and two cousins (all on her mother’s side of the family) also succumbed to the disease. Family history is a known risk factor for breast cancer, the second leading cause of cancer death in women (behind lung cancer). Macuha was determined not to be the next statistic.

“In my mind I was seeing a repeat of my mother taking her last breath, fading away with that disease, and my cousins dying at very young ages,” says Macuha. “I remember my mom was so accepting of, ‘when it’s your time, it’s your time,’ and it bugged me when she would say that. I would think, ‘Why don’t you just fight?’”

As she got older, Macuha says, she came to understand and accept her mother’s way of being. But having lost both parents at an early age—Macuha’s father died of heart disease when she was only 7—she didn’t want to leave her 16-year-old daughter, Carina, with the same fate. “I want to be here for her, and besides, I have stuff to do on this Earth,” says Macuha. That “stuff” includes speaking at schools to encourage young people to pursue their passions, a legacy passed on by her late mother: It was her mom, Macuha says, who rallied behind her to follow her dream of working in radio, something others dismissed as unrealistic.

Given her family history, Macuha was confident in her decision to have both breasts removed, despite the fact her cancer was only found in one (the right). Her doctors also commended her decision. But it wasn’t just family history that drove her, she confesses: She’s a worrywart.

“I was apprehensive—a little nervous,” she says. Who wouldn’t be? It was a four-and-a-half hour surgery involving two surgeons, one to perform the mastectomy and a plastic surgeon to prepare her for reconstructive surgery downthe road. Anything could go wrong.

Besides, she was losing her breasts.

“Even though I have little ones,” she smiles, “it’s still me. A woman’s breasts, no matter what they look like, are part of your identity.”

Surgery went well, but the aftermath was painful, says Macuha, and the drains (used after mastectomy to drain away fluids) were literally a drain, both physically and emotionally. “The first couple of weeks were really hard,” she recalls. “I couldn’t take a shower with the drains in, and it was very painful.”
Her two drains, one on each side, were placed straight down below the armpits, but below the breast (“you know, side of my rib cage,” she explains.) Taking her first shower was especially trying. “I cried because it hurt,” she says, “but also because of what I’d lost.”

Still, there was one bright spot in those eight weeks off from work: sleep.

“I was sleeping like a regular person,” says Macuha, whose morning alarm normally rings at 3 a.m. so she can get to the studio before “Good Day Sacramento” kicks off at 4:30. “And I watched a lot of movies.”

Soon Macuha will take the final step of her journey: Reconstructive breast surgery. (By the time you read this, it may already be complete.)

“People ask me, ‘Will you be bigger?’” Macuha smiles. “The answer is yes. But just a little bit bigger than before.” Mostly, she says, she’s looking forward to resuming life as usual, including getting her full range of motion back. “In the beginning, I could barely move my arms, and I couldn’t lift heavy things. But now,” she says, extending her arms to demonstrate, “I can reach my arms almost fully out.”

It’s a trend: More and more women diagnosed with ductal carcinoma in situ in one breast are opting for double mastectomy instead of less invasive alternatives, such as lumpectomy followed by radiation. According to a study published this year in the online Journal of Clinical Oncology, the number of women who chose bilateral mastectomy for treatment of DCIS more than tripled between 1998 and 2005.