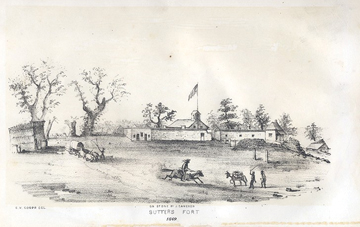 The shameful history of how American Indians lost their homelands includes a sad chapter written right here in the Sacramento Valley: In 1833, the Hudson’s Bay Co. allegedly introduced smallpox-infected blankets and malaria-carrying mosquitoes throughout the region in hopes of taming the natives.

As much as two-thirds of the population died in the resulting epidemic, reports Steve Beck, archivist for the Sacramento Historic Sites Association. The role of Hudson’s Bay is disputed, Beck admits, but his source is Sherburne F. Cook, a longtime (from 1928 to 1966) and highly respected physiology professor at the University of California, Berkeley, who wrote extensively about native peoples.

A few years ago, Beck mentioned the epidemic in an article (John Sutter and Indigenous Peoples of the Lower Sacramento Valley, available online at parks.ca.gov) that includes other interesting information about Indians in the valley. For example, the idea that the Maidu, Miwok or Nisenan tribes controlled the valley is a myth, Beck wrote. Rather, their hundreds of settlements up and down the valley all were aligned along kinship lines, and genetic diversity was maintained through the exchange of women and children.

Also, unlike war-waging tribes such as the Apache and Sioux, the Central Valley’s native peoples settled their disputes in a bloodless way. The conflicts were affairs that involved each side squaring off with a lot of bonfires and music and dancing and screaming, Beck wrote. The winner of the battle was decided by who put on the best show.

Sutter, who arrived on the scene in 1839, became allies of sorts with the Indians. They built Sutter’s Fort and, Beck wrote, were Sutter’s most-trusted employees. Earlier this year, I asked Beck how he viewed Sutter’s use of native labor. Don’t get me wrong, Beck said. I wouldn’t want to be an Indian on Sutter’s farm. But in the 1840s, I’d rather have been an Indian here than in any other European community in California.

The Gold Rush, sparked by James Marshall’s discovery of gold near Coloma in 1848, ruined Sutter’s association with the native peoples and accelerated their decline. They were forced to work at low or no wages in mining camps, Beck said. The women were treated like chattel. Indians were literally hunted for sport. The population was decimated by disease. The individual family units lost their cultural identity.

One thing that never can be taken from American Indians is their prideful past, when they were careful shepherds of a land they shared&emdash;reverentially&emdash;with its other inhabitants. The California State Indian Museum, at 2618 K St. (next to Sutter’s Fort in midtown Sacramento) does an admirable job of recounting California native peoples’ glory days, with exhibits of baskets, tools, headdresses, musical instruments and the like. A couple of small rooms are devoted to describing the Central Valley’s indigenous peoples. The museum, $2 general and free for ages 17 and younger, is open daily from
10 a.m. to 5 p.m.