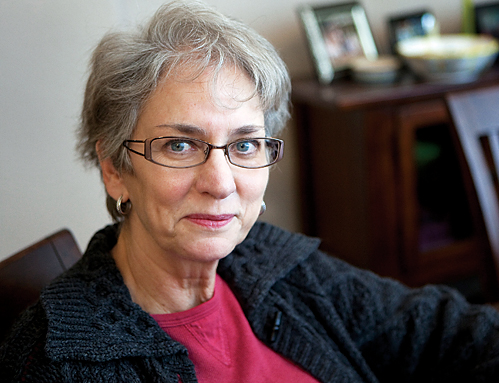 Life handed them lemons in the form of the Great Recession. Now, locals in their 50s and 60s are making lemonade.

Let’s face it: The Great Recession has been tough on just about all of us. But it’s been particularly hard on those in their 50s and 60s—the generation that thought a comfy retirement was just around the corner. After years of toiling in the workforce, they thought it was finally time to kick back and relax. They never imagined they’d be out pounding the pavement, looking for work after the stock market pulverized their pension plans. Now, instead of a cushy retirement, they’re struggling to master Facebook and Monster.com and competing with job seekers half their age.

There are plenty of them out there. The number of out-of-work older adults has more than doubled since the recession began, to about 1.6 million across the country, according to the U.S. Labor Department. Countless others have come out of retirement to make ends meet.

“You’re talking about folks in their 50s and 60s who haven’t been in the job market for years,” says Ruth McCauley of Career Connections, a support and networking outlet recently started up at Rolling Hills Christian Church in El Dorado Hills. “They’re now thinking, ‘What do I do?’”

The Senior Employment Program, which caters to adults 55 and older in Sacramento and Placer counties, has witnessed a fourfold increase in its caseload since the economic slump. Many of these individuals hope to rebuild their 401(k) plans or keep up with rising health care costs, says Tanja Poley, manager of the Area 4 Agency on Aging program. Their salary expectations and computer skills often need fine-tuning, but the prognosis is good, she says. In fact, more than half of the program’s 300 clients found jobs in 2009.

“It’s often a much longer process than they’d ever experienced. It requires a lot more dedication and desire,” Poley explains. “The biggest barrier for older adults is computer skills. . . . Once you learn that, and you bring the other work ethics with you, it’s a win-win situation for people who want to go back to work, and for the employers who are looking for that full package.”

Once a Company Man, Now He’s Looking for Work

For 35 years, RICHARD GRANIS worked for The Sacramento Bee. He started there in college as a tour guide, then moved into advertising production and retail sales.

When Granis, 55, wound up out of work in November 2009, he found himself in foreign territory, looking for work using such unfamiliar tools as Facebook and Internet job boards. Luckily for Granis, he’s a quick study. He submits at least four applications a week in response to online listings, and he’s confident his stable job record will work to his benefit. “What I’ve found in most cases is that companies are looking for that experience,” says Granis, who lives in the Pocket area.

Granis, who would love to work in customer service, has attended several local job fairs. He’s realistic about his prospects. While he received helpful feedback on his résumé at one recent event, he knows that actual jobs or concrete leads are scarce.

Meanwhile, he and his wife have curtailed some costly habits, such as their once-steady diet of restaurants and takeout. Granis makes a mean Hungarian goulash (a nod to his Eastern European heritage) and has dinner ready when his wife comes home from work. He also is training to be a volunteer guide at the Crocker Art Museum and the state Capitol.

“It’s going to be fun. That’s exactly the way I’m looking at it,” he says. “I was basically handed a lemon, but I intend to make lemonade out of it.”

Volunteering Until the Right Job Comes Along

The last job MARY RUSSELL (pictured above) had was selling billboard advertising to homebuilders. When California’s housing market belly-flopped, she wound up out of work. More than 18 months of chasing down job leads, and the search is beginning to wear a little thin.

Finding work has become a nearly full-time calling. The 57-year-old Folsom resident regularly combs state government job postings and other “help wanted” websites, such as Craigslist and CareerBuilder. She sends out up to 10 résumé packets a week and also is on the job-fair circuit. “You have to do all the networking you can and keep at it,” she explains.

Russell has been a finalist for some high-profile marketing jobs but can’t seem to seal the deal. “I didn’t understand how tough it was going to be, even to get interviews,” she says, adding that her age has been a handicap. Russell says she was advised to edit some of her early work experience from her résumé so as not to date herself. And she believes employers are increasingly selective, looking for applicants with experience in a specific industry instead of valuing more general “transferable” skills.

Russell has found several fulfilling outlets for her freed-up time. She has become a volunteer for the Sacramento Tree Foundation, does yoga three times a week, occasionally goes golfing and has more time for her artwork. Still, she would rather be working. In fact, Russell took (and passed) the CBEST test with the hopes of becoming a substitute teacher. She even is considering giving sewing lessons.

“I never thought I’d find myself in this position of trying to reinvent myself,” she says.

For an Early Retiree, a Battered Portfolio and Uncertainty About the Future

As a service rep for Electronic Data Systems, ROY CASTELLINI was always on call. With clients in time zones across the globe, he was tied to his cell phone and laptop, awakened at all hours of the night. When an early-retirement offer came his way in 2005, the information technology specialist went for it.

“It wasn’t the greatest deal, but I had a job that was becoming stressful,” says the 63-year-old Castellini.

His pension shrunk when he began drawing Social Security last year. His health insurance co-pay tripled recently to $750 a month. And the nest egg he started nearly three decades ago at Bechtel Corporation took a huge hit when the economy nose-dived.

He found some contract work with the Small Business Administration, which periodically hires Castellini for temporary disaster relief. But the SBA hasn’t come calling in the past year, and Castellini is considering other options.

“I know I’m OK for this year, probably for five years,” he says. “But after another 10 years, if the market still fluctuates and I lose more money, how much will be there?”

Fortunately, Castellini’s 15-year-old Honda Accord is paid off, and he lowered the mortgage on his Woodlake home through refinancing. He and his partner, John, recently took their first vacation in 2 1/2 years. But for the most part, Castellini sticks to low-cost pursuits: home, garden, the couple’s two dogs and cat.

“I would like to be less frugal,” he says. “But I know I am way better off than some people, and I am eternally thankful for that.”

Finding Joy in Helping Others Retool

Thanks to the recession, MAUREEN WHITE has found her calling. She has spent the past two years providing career coaching to the newly unemployed, drawing from her years of professional experience and—more recently—her own current status. “Ironically,” she notes, “I am one of them.”

White is active with Sacramento Professional Network, crafting a peer coaching program and other job-hunting support for out-of-work professionals. She is currently president of California Career Development Association. And she delivers workshops on what she has dubbed “The New Career Resilience.”

“I’m modeling what I’m basically advising others: This is a time that you’re going to find strengths and skills that you have either not been using, have wanted to use or that have become second nature and now you need to make money with them,” says White, who lives in Arden Park. “I’m finding this is something that brings me great joy.”

Most of White’s counsel is pro bono, though she does some paid consultant work and grant writing. She holds a doctorate in organization and leadership, and has a robust résumé in education, nonprofit and career development. She was laid off from Big Brothers Big Sisters of Greater Sacramento in December 2007 and is now on her third extension of unemployment benefits.

Still, full-time work has proved elusive. “The bottom line is that there are so many talented people that are out of work,” she says. “I’m competing with friends, former students, former colleagues.”
White has used her more flexible schedule to her personal benefit. She has become a “prayer chaplain” at her church and finds comfort in the spiritual outlet. She also is buoyed by the resilience she has seen among so many of her peers.

She says, “The resilience really comes from the shift in  perception, which is really what miracles are all about: looking at this as an opportunity to retool, train and reconnect with people.”