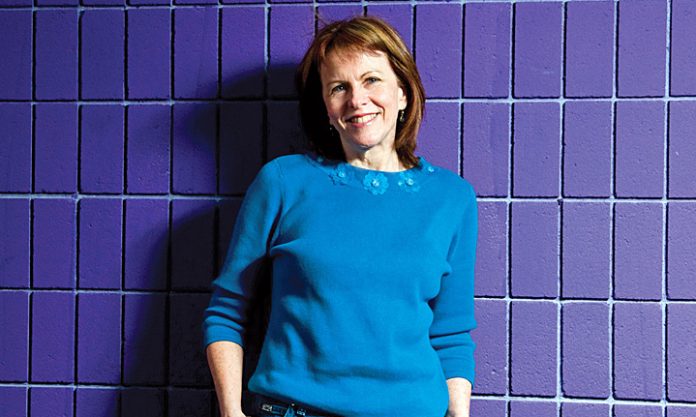 With the dating experiences she has had the past four years, Joannie Erickson could write a post-divorce memoir and market it somewhere between humor and horror. But she would have a tough time convincing some folks that her book was not a work of fiction. There was her very first date, a man who spent the night trashing his ex-wife and stated with crazed conviction that he wished her dead; the retired teacher from Lincoln who groused because he couldn’t use a discount coupon to buy Erickson’s drink, then harangued her later for not repaying him with sex; and the bouquet-bearing caller who allegedly had lost his wife to a brain tumor the year before.

“He really poured it on,” recalls Erickson, 56, a pediatric nurse who lives in Folsom. “He finally came over one evening and said his wife is alive and well but that they’re separated.”
Dating at any age can be tough, but stepping back onto the field after 20, 30 or even 40 years on the bench can be particularly challenging—especially for those scarred by divorce or grieving a spouse’s passing. Social mores have changed, as have many of the ways members of this age group—baby boomers and older—live and interact.

When couples in this demographic settled down the first time around, women were only starting to bust out of conventional roles. In those simpler pre-Internet days, no one could have predicted the likes of Match.com and Yahoo! Personals. And 40 years ago, the pharmaceutical wonder du jour was a pill that prevented pregnancy, not one that sustained erections.

The sexual terrain was pretty different, too. Back then, a cougar was a mountain lion, not code for an older women trolling for youthful game. And “friends with benefits”—the term used to describe two friends who have sex but don’t consider themselves in an official relationship—hadn’t entered the lexicon.
Not to mention the fact that nobody had children or mortgages or careers or emotional baggage. “When you’re younger, you meet someone and build your life together,” explains Sacramento dog breeder Kay Domich, 59. “Now you’ve already built your life.”

Domich divorced after 23 years of marriage, spent 10 years with another man before he died, and has been dating off and on since her most recent (five-year) relationship ended. But rather than mellowing with age, her standards are more inflexible than ever, and that’s pretty common among her peers, she says.

That doesn’t mean they’re not out there trying. From Internet chat rooms to local ballrooms, Christian singles events to support-group potlucks, there is no scarcity of options for social networking among older singles.

Tom Blake is the author of Finding Love After 50 (Tooter’s Publishing, 2003) and the “Single Again” column in the Orange County Register. The thrice-married retired marketing executive has been off the dating circuit for 11 years, thanks to a fruitful encounter with a customer at the deli he owns in Dana Point. Still, he gets regular field reports from readers of his columns and the weekly newsletters he posts at findingloveafter50.com.

The first question Blake invariably gets? Where to meet dating prospects. He says there’s no single surefire spot to meet eligible members of the opposite sex. “Where do you go?” he says. “You go everywhere.”

For many, the first stop is cyberspace. As Erickson’s 24-year marriage ended, she began exchanging e-mails with an El Dorado Hills man she met on Yahoo! The two arranged to meet for a glass of wine at Romano’s Macaroni Grill in Folsom. “The No. 1 rule,” she says she learned that night from her bitter date: “Don’t talk about your ex!”

Erickson also met the faux widower through Yahoo! He courted her mightily before he ’fessed up to his true status. Erickson hung with him for a brief period, even nursed him through a serious kidney stone infection, before he dumped her, she says.

Had she read Mars and Venus on a Date sooner after her divorce, Erickson says, she is sure John Gray’s self-help book would’ve helped her steer clear of a lot of pitfalls. Now she swears by the book, and since October she’s been dating an Elk Grove man she met online. “This guy has all of the qualities I’m looking for,” she says.

Glen Reed of Folsom, 55, is still getting his bearings in the dating pool after 27 years of marriage. His divorce was official last June, though it was five years in the process. A little more than two years ago, Reed went through a weekly Christian support program called DivorceCare (divorcecare.org).

“DivorceCare had great teaching on forgiveness, healing, reconciliation, family issues, dating and more,” says Reed, a data analyst trainer for Blue Shield. “They strongly recommend taking time to process and heal and build your new life before you start dating. If you don’t deal with why you got divorced in the first place, you’ll carry that baggage into the next relationship.”

Reed’s friends from DivorceCare became his first social network. They started meeting regularly for potlucks, which has led him to other group activities such as ballroom dancing. In July, Reed attended his first dance hosted by the Christian Singles Network, Northern California’s largest Christian-singles organization. He gave one woman his e-mail address, and the two have gone dancing, dated a couple of times and are now good friends, he says.

“I’m not ready for a serious relationship yet, so I’ve decided to not date for now, but to focus on meeting new people and making friends and doing group activities,” says Reed.

He has joined several online communities that organize events, such as Meetup.com and eLifeAdventure.org. (“Both are great,” he says.) But his forays onto matchmaking sites like ChristianMingle.com and eHarmony.com have been hit-and-miss.

“E-mails often go unanswered and chat rooms can be chaotic,” says Reed, who has three school-age children. “All of the profiles sound great. Well, if that’s so, then why are we all divorced? We’ve all got issues.”

Bobbie Orsburn of Sacramento was married 20 years before splitting with her spouse. The retired schoolteacher met a man through her horse club, then caught him “cheating” in an online chat room, she says.

“So, for the last five years, I’ve done nothing but volunteer work,” says Orsburn, who’s 61 and active with the American River Parkway Equestrian Trail Patrol. Besides, it may be cheaper to sit things out. “I insist on paying my own way,” she says. “That got expensive.”

Dan Cobb also felt it in the wallet when he began dating after 20 years of marriage. It took him a few years after his divorce to summon the interest, says the Sacramento substitute teacher. Once he began posting on eHarmony, his dance card started filling up.

“But that got expensive after a while. You go on so many first dates,” says Cobb, who turns 54 in March. He estimates he spent $40 a night before calling it quits. “Many of my matches were so different from me,” he explains. “It just wasn’t working.”

Orsburn and Cobb still get out but have done so most recently with a 40-plus singles group at the social networking site Meetup.com, organized a year ago by Angie Thomas of Elk Grove. The group boasts more than 180 members; many gather often for wine tasting, potlucks and other outings.

As for Meetup leader Thomas, 53, she may be out of circulation for the time being. The gregarious divorcée met a man from Walnut Grove before Christmas. She will still organize Meetup events but says her new beau “doesn’t want to be part of my lonely-hearts club.”

Lynne Prettyman, 56, likes the Meet-up get-togethers, largely because there is no pressure. She also has regularly used Match.com and other online dating sites in the three years since she resumed dating after her divorce seven years ago. One thing she’s found: Men’s expectations are quite different than they were in her younger dating days.

“They have the long lists of what they’re looking for. They want you to be a skier and a bike rider and a golfer,” says Prettyman, a state tax administrator who lives in Elk Grove.

Some newly single women in the 50-plus age bracket complain about the shortage of men—a legitimate concern thanks, in part, to the double whammy of differing life expectancy rates and many men’s preferences for dating younger women.

That hasn’t hindered Prettyman. She has been approached by would-be suitors in their 20s and 30s, she says, but draws the line at anything greater than a 15-year span. “I want to be able to relate to them, to listen to the same music,” says Prettyman, who has two teenage daughters.
Then there’s S-E-X, which is a completely different experience for the resingled, mature adult. For starters, Domich says, “You are older. You don’t have the hard body [you once had].”

Adds Erickson, “When I was dating [just] out of high school, the boys wanted to have sex. But they were not so much aggressive as hopeful. Now there is more pressure after the first or second date.”

There are physical issues at work as well. Viagra is a fact of life for many men. Erickson even dated one gentleman who, in the absence of his prostate, had to give himself injections to get an erection.

Safe sex is another topic that was of less concern three decades ago. Blake says many older adults in circulation are in denial about contracting HIV/AIDS or other sexually transmitted diseases. In fact, for the past several years, researchers with the Centers for Disease Control and Prevention have been monitoring an increase in HIV cases among adults 50 and older. Blake writes often in his columns about the need for proper screening.

“I find [my readers] more and more on top of this situation, no pun intended,” he says. “But you’ve got a lot more new people [dating again]. We’ve got to keep harping on the message.”

For Domich, whose two sons are 38 and 40, dating can be too much at times. The online matchmaking sites are “a big waste of time,” she says. It doesn’t help that she caught one of her suitors two-timing her with an unsuspecting friend of hers from the Elk Grove Meetup group.
“Every night when I go to bed, I’ve got my cat and my dog. It’s relaxing. I’ve got an even keel,” Domich says. “When I think about sharing my home with another man, it’s hard. I would love to have someone in bed watching TV with me, but is it worth it?”