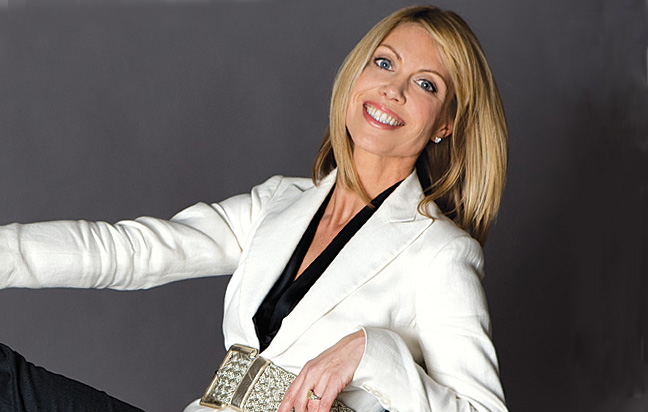 Yeah, the economy stinks. So what? Just because your stocks are in the toilet and your job looks like it could vanish at any second doesn’t mean you have to wear sackcloth. You owe it to yourself to look your best in these tough times. There’s even a name for it: recession chic.

We found four local women—recessionistas all—who make a virtue of looking great on a budget. Here are their secrets.

Sacramento real estate agent Kara Turner always looks perfectly turned out, right down to her Jimmy Choos. But she doesn’t spend a fortune to look that way. Her secret? She dresses like a Frenchwoman.

No, she’s not swaddled in Chanel. Rather, she buys a few high-quality designer pieces every season and keeps them forever. Like the frugal French, she opts for versatile pieces in neutral colors such as black, cream and beige that she can mix and match to create an endless array of outfits.

Turner’s mainstays: a chic pair of long-legged, low-slung khaki trousers by New York designer Alvin Valley; two jackets—one cream, one black—from Ralph Lauren Collection; a gray cashmere sweater coat with fur collar and cuffs, also from Ralph Lauren; a couple of white Alvin Valley blouses; and a pair of cream satin Sally Tseng pants. Her clothes frankly scream money, but every piece is classic and timeless. And nothing hangs in her closet, forgotten and unworn. “I wear the jacket over everything,” says Turner. “And I’ll wear those satin pants until they fall off me.”

Turner had help assembling her wardrobe from Lainie Lakata, owner of Morgan Lain boutique on Monroe Street. Lakata says we Americans could learn a thing or two from our French sisters.

“Here’s the difference between Americans and Europeans,” says Lakata. “They’ll invest in a great jacket and wear it all the time. We want to wear something new every time we walk out the door. We end up wasting a lot of money.”

To dress like a Frenchwoman, you need just a few good basics: a pair of black pants, a black jacket, the perfect pair of jeans, a great white shirt and a cashmere sweater. You should also have two pairs of pumps (one black, one nude) and a pair of strappy black sandals. Buy the best quality you can afford, and steer clear of trends. “Spend your money on classics that will go the distance,” Lakata advises.

Once you have the basics covered, fill in your wardrobe with less expensive pieces, such as white T-shirts from Gap, and a few trendy items. Turner recently purchased an eye-popping sequined one-shouldered top for $130 that she’ll happily wear for a season or two, then get rid of when it falls out of fashion.

Designer clothes are like new cars: They drop in value the second you drive ’em off the lot. That’s why frugal fashionistas, like smart auto shoppers, buy used.
Actually, there’s a nicer-sounding word for it: consignment. Consignment stores take other people’s lightly used clothing and sell it at a deep discount.
Debbie O’Hearn, a Sacramento fashion consultant, is a true believer in consignment shopping—both for herself and her clients. She’s a regular at Renaissance Fine Consignment on Fair Oaks Boulevard, where she’s scored some amazing bargains:

O’Hearn can hardly contain herself as she briskly whips through the racks and pulls out a black tiered-ruffle Chanel skirt, original tags still attached. “Never been worn!” she breathes. Originally $3,290 retail, it’s $700. A Burberry trench with detachable lining—$1,500 retail—is just $400.

In eveningwear, she uncovers an exquisite teal Vera Wang silk cocktail dress for $125. From the jeans rack, she pulls out a brand-new pair of True Religions (originally $306, marked down to $90) and a pair of used 7 For All Mankinds, just $35.

“Oooh,” she squeals, “look at this.” O’Hearn holds aloft a pale-green lamé off-the-shoulder top from Cachet—$22. She searches the racks until she finds a long taffeta fishtail skirt in pewter for $50. “Put them together and it looks like a thousand-dollar gown.”

Next, O’Hearn heads to the Holy Grail: a corner in the back where the real deals are. An Ellen Tracy suit for $63. A floor-length black column dress and matching shawl by Jones New York for $38. A $19 black crepe halter dress by Donna Ricco. A beautiful beige three-piece YSL pantsuit that Joan Collins might have worn back in the ’80s on Dynasty. No problem, says O’Hearn: “You can remove the shoulder pads.” She critically regards an Emporio Armani black pantsuit. The high-waisted, pleated trousers are sadly dated. But at $100 for the two pieces, “I would ditch the pants and keep the jacket,” she says. “It’s a classic.”

• CYNTHIA MINCE
Her secret: Buy it, wear it, sell it

When it comes to fashion, Antelope resident Cynthia Mince has always had Champagne tastes. But after she left the work force four years ago to become a stay-at-home mom, she had to figure out a way to indulge her love of designer clothing on her new beer budget.

One day, she had a revelation: While she owned about a dozen pairs of pricey jeans, she wore only two or three consistently. “To me, that was cash lying around,” Mince says. So she went online, sold three pairs of jeans and used the proceeds to purchase a $500 Dolce & Gabbana top she’d been lusting after. Then, after she wore the top once, she sold it online and recouped most of her money.

The Internet is integral to Mince’s ingenious strategy. She buys most of her clothes online, scouring fashion websites such as Shopbop and Pink Mascara for the best deals and using online coupons to get even deeper discounts. Then, once she tires of an item, she sells it online through her eBay store, poshshopper (myworld.ebay.com/poshshopper).

Last year, she sold two dresses to fund her New Year’s Eve outfit: a black T-Bags kimono top, white shorts and Cynthia Vincent “Twiggy” wedges. She bought the $369 pair of shoes online for $75, then sold them after the holidays for $125.

Thanks to her great eye and encyclopedic knowledge of current fashions(and what they cost), Mince has been able to make a tidy profit buying and selling clothes. She recently snapped up a luscious Dolce & Gabbana wool hoodie—$995 retail—for $80 online. “I’d never be able to afford a $1,000 sweatshirt,” she says. “But I’ll wear this a couple of times, then sell it.”

And she’s turned her hobby into a job. Calling herself an “online fashion consultant,” she finds discounted designer clothing for clients, charging them a percentage of the sales price. If, say, you crave a Louis Vuitton “Speedy 30” hand-bag ($700 new), she can track down a slightly used one for $200 or $300.
Mince also spreads the gospel of “buy, wear, sell” through parties that she holds in private homes for up to 30 women. The women bring their no-longer-wanted designer duds to the party and give them to Mince in exchange for cold, hard cash. (Mince turns around and sells them on her eBay store.) “It’s like a Tupperware party,” she explains. “Only you make money, not spend it.”

Ashley Andrews has a Sex and the City wardrobe, with a closetful of Prada shoes and designer handbags. But here’s her little recessionista secret: She shops at Wal-Mart.

Not for everything. Not even for most things. But when this Sacramento PR exec wants a quick fashion fix without dropping a bundle, she heads to America’s favorite discount retailer.

Andrews won’t buy an entire outfit at Wal-Mart. Instead, she scoops up tops, sweaters, leggings and jackets that she can pair with higher-quality pieces, such as a cashmere sweater, designer jeans or a great pair of pumps. She never knows if she’s going to strike out or hit the jackpot. “It’s kind of a crapshoot,” she admits.
Still, she’s found some great deals:

• A $28 black sleeveless cocktail dress with beading at the neck and waist. “It’s super-cute,” says Andrews, who wore it with Prada pumps to a United Cerebral Palsy fundraiser. “Everyone thought it was from Saks.”
• A $28 safari jacket, a doppelgänger for a $600 Ralph Lauren jacket she’d spied at Nordstrom.
• A $25 black-plaid bouclé wool cropped jacket with three-quarter sleeves, which she wore to a wedding in New York. “Everybody was like, ‘Where did you get that?’”

On a recent shopping expedition, she walks through the Elk Grove store and points out pieces she admires. “Like, how cute is this?” she says, grabbing a $12 white cotton knit top with metal grommets at the neck. A $13 navy-blue V-neck sweater reminds her of J. Crew, and she’s captivated by a polyester cap-sleeve blouse in a wild purple print for $15. “It’s kind of Marc Jacobsy,” she says. “I’d pair it with nice slacks and shoes, and no one would know it’s from Wal-Mart.”
Her eye is drawn to a stylish black jacquard jacket—$25. She pulls it off the hanger and slips it on. “Yeah, I would definitely buy this,” she says.
Andrews heads to a section devoted to apparel by Norma Kamali. (Like Target, Wal-Mart has begun offering capsule collections by big-name designers.) She finds a bright-red jersey wrap dress that’s only $20 but looks much, much pricier. She’s never bought shoes at Wal-Mart, but she can’t resist examining a pair of Norma Kamali red patent-leather slingbacks, also $20. She’s impressed. “They look like Manolo Blahniks,” she says. “Pretty nice.”

Here’s the ultimate recessionista secret: Instead of shopping in a store, “shop” in your closet.

“We all have pieces we’ve forgotten about,” says Lainie Lakata, owner of Morgan Lain boutique. “Pull it out and try it on.”

Fashion consultant Debbie O’Hearn helps clients find the gems in their wardrobes. She goes through your closet, tells you what to keep and what to toss, helps you figure out what new pieces you need to bridge the gaps, then puts together entire looks, which she photographs to create a “look book” that you can consult when you get dressed. “I did 31 outfits for a client without leaving her house,” she says.

Cheryl Holben, a Sacramento interior designer, is a big fan of the shop-your-closet concept. When she needs a little retail therapy, she heads to her closet and creates a new outfit with stuff she already owns. Recently, she used a $2 kilt pin from Jo-Ann Fabric and Craft as an interesting closure for a short-sleeved Casch by Gro Abrahamsson sweater coat in her wardrobe. She also can wear the sweater belted or unbelted, as a jacket or over jeans, with a T-shirt or a blouse. The options are endless.

The best part about shopping in your closet? You don’t have to sweat when the Visa bill comes.

SHOPPING YOUR CLOSET? Organization is key. Here are some tips:

• Go through your closet and get rid of the stuff you don’t wear.
• Joan Crawford was right: No wire hangers! Use wood ones. Your clothes will hang better, and you’ll be able to see what you have.

• Don’t buy something unless you love it. A bargain isn’t a bargain if you never wear it.
• Buy the best quality you can afford.
• Hit the sales in January–February and July–August.
• Shop the Internet. Websites like Pink Mascara, Shopbop, Singer22, Zappos (for shoes) and Revolve Clothing offer great deals.
• Amortize the cost. If you wear a $1,000 jacket 50 times, that’s only $20 per wear!
• Check out TwinSoup.com, a local fashion blog, for information on sales in the Sacramento region.