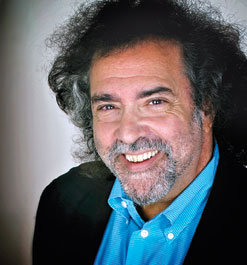 Hurley To Rise—Three longtime pals in the real estate biz—Pete Geremia, Brian Vail and Steve Goodwin—decided that since they were always getting together for drinks after work, they might as well buy their own place. “At least our wives will know where we are,” Goodwin cheerfully explains. That’s how G.V. Hurley’s, at the site of the former Radio Shack on J near 28th Street, sprang to life. The G stands for Goodwin, the V for Vail and the H—well, there’s our angle. Edgar Hurley was Geremia’s great-grandfather, a state senator. His other great-grandfather, also a state senator and at the same time, was J.M. Inman. It appears that the two didn’t particularly get along. “They got into a fistfight on the steps of the Capitol because Hurley was a Republican and Inman called himself a Republican-Democrat,” Geremia tells me. (So much for those who lament the days when the Legislature was allegedly friendlier.) The partners have built the restaurant’s outdoor bar and much of its indoor paneling out of fir they rescued from the Richards Boulevard cannery as it was being demolished. It’s a handsome place, with one of the area’s few late-night menus (till 2 a.m. Thursday, Friday and Saturday) and one of the most unusual snacks: lobster corn dogs. The day we spoke, the guys were about to have their names immortalized on the bar, courtesy of an old-fashioned branding iron. I’d have stayed to watch but I’d already grabbed my big scoop: I finally found out how to pronounce Geremia, a fairly ubiquitous name in these here parts, especially if you’ve ever owned or swum in a pool. It’s jer-ah-MEE’-ah. At least that’s what Pete says—and with his family background, I didn’t feel like arguing the point.

No Mist Opportunity—Sacramento natives, high school sweethearts, parents of three and married business partners Margo and Michael Powers, who owned The Village Bistro in Fair Oaks for six years, are keeping things cool this summer if you dine alfresco at their newish restaurant, The Terrace, at Town & Country Village. The couple purchased an outdoor cooling system for the breakfast and lunch spot that uses something called “flash evaporation” to reduce temperatures by as much as 25 degrees with minimal humidity. Margo’s roots with Town & Country go back almost as far as Pete Geremia’s do in Sacramento: Her grandfather and great-grandfather, both of whom were carpenters, helped build the center. These days, it’s owned by Donahue Schriber, which also owns Pavilions shopping plaza, Gold River Town Center and, just possibly, my car.

Paint Is Behavin’—At 22, Haley Borchers is an artist to keep an eye on. One of her ceramic pieces won Best of Show at the California State Fair (in 2004). She’s also a clothing designer and talented painter. You can contact her at haleybdesigns@yahoo.com to arrange to see some of her stuff—or simply stroll into Attitudes At Home, an eclectic store next to Crush 29 in Roseville. Wonder if her folks say, “So, Haley: We proud!”

Floyd Watch—If an e-mail can be described as breathless, that’s the way I’d characterize a communiqué I received the other day from Folsom restaurateur Jessica Rankin, who was mentioned in last month’s column. “Just wanted to update you on our first celebrity sighting at The Dish,” she wrote. “Ian Ritchie came to have lunch and dinner/cocktails at our establishment last Friday. He’s the sax player for Pink Floyd . . . was just in visiting from London then back across the pond for rehearsals. He stayed [to hear] the band, contemplated sitting in with them . . . but decided to take the night off, relax and enjoy.” See, kids? You can still have a fun evening without sax.