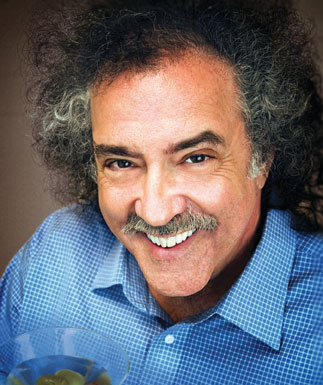 Aroma Holiday—If you, your family pet or your family itself has ever been “skunked”—which is to say, spritzed by an animal that looks like it’s wearing a maitre d’ uniform—you probably know all of the cures, none of which work. Some years ago, my dog was atomized in the backyard of our vacation home. We didn’t have tomato juice on hand, a cure people swear by (though I’m convinced it’s because they make themselves huge Bloody Marys and are then able to forget about the smell). So I went to an all-night drug store, bought hydrogen peroxide (another alleged cure) and coated our poor doggie with it. Sure enough, by morning she had morphed from being a sultry brunette into a tempestuous redhead. And she still stank. This brings me to mentioning an all-natural odor eliminator that’s been around for about 40 years but only recently was rebranded as Skunk-Zyme. Beth Henning, a longtime friend who claims she’ll turn 90 in April but looks and acts like a woman half her age, is one of the co-owners of the product. She first came to Sacramento in 1937 to spend the summer with her sister, but on that trip she met Lloyd Henning, who would become her husband of 68 years until he passed away a few years ago. “I never looked back,” Henning says. She, her daughter, B.J. LeMaster, and B.J.’s daughter, Heather, are well-known in the national equestrian world as riders, trainers and breeders of championship horses. (The stables at their Arden Oaks home smell remarkably fine.) Henning recently gave me a can of Skunk-Zyme to spray in the litter box of my stepcats—so called because they arrived with my bride a year ago this month—and it was effective at removing not only the stench but also, unfortunately, the understandably jittery cats. They returned at dinnertime, however. Not so the stench.

The Spy Who Came in From the Cold Cuts—This past fall, for a few high-living weeks, I was what Terri Gilliland, co-owner with husband Ron of Lucca and Roxy restaurants, called a “secret server reviewer.” My job was to phone the on-duty manager 15 minutes or so before showing up at each restaurant. The manager would then select a waitperson for me to “shop” to determine the server’s knowledge of the menu, as well as his or her promptness, neatness and general attitude. This wasn’t my first foray into undercover work. A few years ago, a local developer couldn’t figure out why sales were down at one of his master-planned communities. Easy answer: The salesperson actually tried to talk my late wife and me out of buying a home there. “You two look like you’re into the arts,” she said—not inaccurately, though our smocks and berets were being dry-cleaned that day. “You’ll hate all the restrictions here. You can’t leave your garage door open or paint your house lavender.” (I wasn’t sure why I’d want to do either, though I suspected a reason could eventually occur to us. After all, we were into the arts.) Anyway, my newest espionage assignment was delicious, and the servers were, almost uniformly, terrific. Oh, sure, one didn’t know all of the specials one evening. And one of the bartenders reversed the gin-to-vermouth ratio in a martini, resulting in a drink that smelled and tasted like window cleaner. But the best part was learning, after I filed my reviews, that Terri intended to retrain rather than sack the individuals. Talk about a nice aftertaste.

âž² Ed Goldman’s Fear of Frying: Understandable Recipes for the Cookbook-Challenged is online at sacmag.com/FearofFrying.