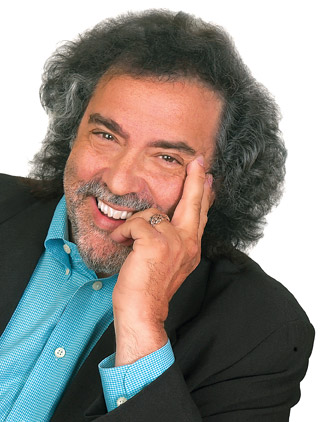 I wrote here in June that my friend Tom Kelly and I had embarked on the Kelly-Goldman Burger Tour 2007, occasional lunches at which we consume hamburgers at places renowned for same, compare notes and then do nothing productive with the data. Tom and I met not long ago at Bidwell Street Bistro in Folsom, where we each inhaled what the menu calls a certified Angus burger. And though it didn’t arrive with so much as an affidavit, the hefty, juicy sandwich did come with grilled onions, french fries (which the menu insists on calling pommes frites, possibly so you don’t ask about the affidavit) and a choice of GruyÃ¨re, cheddar, smoked Gouda or Maytag blue cheese (the last generally served atop a home appliance, I believe).

Tom After Tom&emdash;After lunch, I confessed to Tom that I’d been unfaithful to him, having grabbed a fine burger in East Sacramento at Evan’s Kitchen, in the 57th Street Antique Mall. But just to make sure I didn’t blurt out the wrong lunchmate’s name at the wrong time, I had taken along another friend whose name is Tom&emdash;Tom Goodwin of TC Printing and a founder of the volunteer-pilots medical rescue group, Air Lifeline. Evan’s Kitchen is owned by Evan’s mom, Laurette Elsberry, who retired from the Economic Development Department not long ago after 44 years in state government. She bought the eatery&emdash;formerly called The Family Room and First Immigrant Cafe&emdash;in March 2006. It’s an immensely friendly place, a big room with the same semibaroque tables and chairs we used to have in our dining room at Goldmanor before we replaced them with a much more contemporary&emdash;and, of course, decidedly less comfortable&emdash;Italian ensemble.

Photo Oops&emdash;Melanie Mages shot a picture of me shaking hands with Sen. Barack Obama when he visited the art-filled downtown offices of developer Mark Friedman not long ago. Standing in line behind Margaret Teichert and her husband, Oleg Kaganovich, and seeing the presidential candidate chat them up, I figured I also might get to have a word with him. But when it was time for my photo op, Obama dutifully shook my hand, said, Thanks for coming, then greeted the next people in line. But I have a few hamburger recommendations, I meant to say.

Net Prophet&emdash;Local developer and Sacramento native Bert Swanston is being talked up as a nominee to the United States Tennis Association/Northern California Hall of Fame, according to a secret source (which also is what people from Brooklyn say they put on their hamburgers). Swanston’s a guy who’s put his money where his passion is. Two years ago, he proposed to his fellow board members at the Sutter Lawn Tennis Club the hosting of a USTA Challenger&emdash;a major competition for the sport’s rising stars. He immediately wrote a personal check for $50,000 in prize money, then promised to cover any shortfall, according to my source, herself an avid tennis player. Altogether, Swanston raised $150,000 for that first event, in 2005&emdash;and it was so successful that the following year the purse, which is shared among the top players, rose to $75,000. I’m not surprised. I once saw a purse do this very thing, over a two-week period, at a store in Beverly
Hills.

Indifferent Strokes&emdash;I love it when The Sacramento Bee does all the work for me. Take this recent birthday item, printed here in its entirety: Singer Ricky Skaggs (â€˜I Don’t Care’) is 53. Wasn’t it nice to provide me with not only the information but also my reaction?