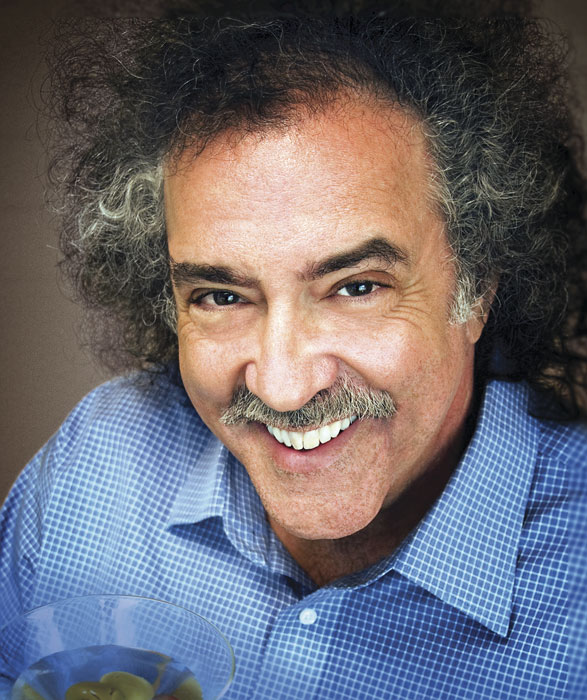 Twice Upon a Time—Cynthia Larsen loved and loves Mark Anderson so much that she married him twice. The first wedding was on Dec. 22, 1973, the second on March 2, 2002. Their first marriage lasted five years. After divorcing, each entered into a second marriage, during which Larsen had four children—Ivy, Alexander, Agatha and Clara—while Anderson fathered two sons, Christian and Ben. When both of their second marriages ended, the two not only rediscovered each other and remarried, but also produced twins Grace and Daniel, who are now 6 years old. Larsen is an attorney at Orrick, Herrington & Sutcliffe, where she practices civil litigation (which sounds like an oxymoron). Anderson, who ran a transportation company in Alaska, is currently working on a credential to allow him to teach high school English. Over coffee at a Starbucks not far from both of our homes in East Sac, I ask Larsen if having six kids of her own, who range in age from 6 to 24, as well as Anderson’s two grown children, means that family dinners take on somewhat epic proportions. She laughs—she’s a gracious, soft-spoken woman with a wide smile and merry eyes—and says, “Well, it’s mainly my six kids who come to dinner. But don’t forget, that also means six people to help clean up afterward.”

Clean and Cyber—Sacramento365.com is an immaculate new all-inclusive arts-and-culture website, the result of a collaborative effort by the Sacramento Metropolitan Arts Commission, Sacramento Convention & Visitors Bureau and Sacramento Convention Center. “It’s the result of a two-year review of similar sites throughout the country,” says Rhyena Halpern, executive director of SMAC. “Pretty soon,” she adds, “visitors will be able to post their own re-views of just about everything in town.” Not of this column, one hopes.

Across Reference—While Sacramento’s own Debbie Meyer won three gold medals for swimming in the 1968 Olympics, in my opinion she really made it big early this winter. She was the solution to a New York Times crossword puzzle clue. (Meyer’s other claim to fame—at least as I see it—is that she taught my daughter, Jessica, to swim about 16 years ago. Wait. Maybe that’s Jessica’s claim to fame.)

Jim’s Class—One of the few pleasures that kept me going when I was widowed more than two years ago was my nightly cocktails and dinner with PBS newsman Jim Lehrer. Lehrer probably won’t remember this when he comes to Sacramento to speak on April 2 (at 7:30 p.m. at the Crest Theatre, 1013 K St.), but that’s OK. At a time when I desperately needed to hear another voice in my house (my daughter was away at college), the two-time Emmy-award winner provided a soothing, unsentimental glimpse of a world with which I was trying to reconnect on the show he anchors and executive-directs (“The NewsHour With Jim Lehrer,” a name as no-nonsense as Lehrer). He’s appearing in Sacramento as part of local entrepreneur Suzette Riddle’s California Lectures series. If I can reach him in time, I hope to invite him for cocktails and dinner. I think he’d be pleased to know that sometimes, just by reporting on life, you help save one.