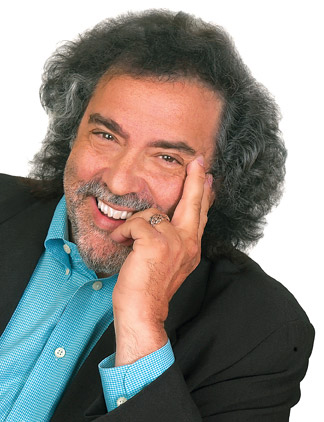 While studying to be a graphic designer, Carmel Comstock realized that she wanted to create images on a canvas larger than a computer screen&emdash;and, in fact, larger than a canvas. So about six or seven years ago, she became what she calls a decorative artist: someone who comes into your home or business and turns your smooth, plain walls into textured testaments to your culture, taste or imagination. (Some people call this process faux painting, but it’s not exactly the same thing. I’d elaborate but I have no idea what I’m talking about.) I caught up with Comstock, who turned 34 the day of our chat, at Sue and Dr. Randy Schaefer‘s new home, which was built by Ken Dyer in the Sierra Oaks enclave of custom homes, mature trees, solid-gold curbs and jewel-encrusted fire hydrants. After greeting each other, Comstock and I walked immediately into the bathroom. We did that for two reasons. First, the house was nearing completion and, as you know if you’ve ever built or remodeled a home, the building code requires that the final phase consist of subcontractors making as much noise as humanly possible, rendering a quiet interview unfeasible if not conducted telepathically. The other reason was that it allowed Comstock to show me how she’d made the walls mimic the bathroom’s marble countertop by using nothing more exotic than gift-wrapping tissue paper, metallic gold paint and, I hasten to add, tremendous skill. Comstock, whose mom, Winnie Comstock-Carlson, founded the regional business magazine that bears her name (no, it’s not called Winnie’s or Carlson’s) recently completed another signature project: interior walls of the new 16,000-square-foot home of Angelo Tsakopoulos, which took her nine months. She and her husband, Tim Carmichael, who lobbies on behalf of the Coalition for Clean Air, have a daughter, Isabella, who’s nearing her 2nd birthday and is, Comstock says, already a little artist. And her medium? Anything she can get her hands in, she says, breaking into a genuine, nonfaux laugh.

Lunch Pad&emdash;Biba Restaurant, at 2801 Capitol Ave., is still open for lunch Monday through Friday from 11:30 a.m. to 2 p.m. despite appearances: the continuing presence of trucks, construction crews and nearby parking meters adorned with sock-hats that had been rejected by the Seven Dwarfs. Dinner is still served Monday through Saturday, too. This has been a public service announcement, paid for by Friends of Gnocchi, a nonexistent nonprofit.

The Times They Are for Changin’&emdash;By day, Geralyn Broder Murray, who works for the Glass McClure advertising agency, was writing copy for clients such as Princess Cruises, Mervyns and Beech-Nut baby food, which she continues to do. By night, she was taking care of her two babies, daughter Reese (born in 2003) and son Finn (born in 2006), which she also continues to do (abetted by her husband, Chris Murray, a video production pro). But she says that somewhere in the wee hours of changing wee ones who’d gone wee-wee, she decided to write a self-help book to help new moms cope with the same challenges she was encountering, not the least of which was sleep deprivation. So she did it&emdash;and on April 29, Random House will be bringing out the results: The Light at the End of the Diaper Pail, a hardcover book already available for pre-order at Amazon.com with 150 reassuring (and reassuringly brief) tidbits of wisdom and humor. They’re designed, Murray says, to help a new mom make it through until daylight, past the next feeding or through the next crying spell. Or my next round of wee jokes.