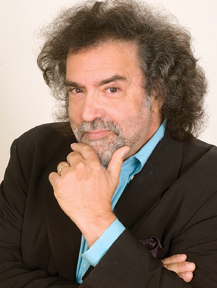 My wife, Jane, was an artist. Throughout her 56 years, she worked as a writer, an arts administrator, a TV newscaster and a public relations consultant. She also found time to be a wonderfully enthusiastic mom for our daughter, Jessica, who turns 21 on March 30. And, for 29 years, my girlfriend. Up until her final, terrible months, she was always up for anything, finding equal delight in the occasional adventures and daily details of our life together.

Jane was also a loyal, lively friend who somehow made all of her pals&emdash;fellow artists, homemakers, reporters, theater people, entrepreneurs, attorneys, psychologists&emdash;feel that each was her closest friend.

But it was as an artist that she felt most comfortable. The form or medium didn’t matter. She had solo gallery shows of her paintings, jewelry and, in her final years, sculptures. When she did radio voice-over work for some of our marketing clients, she’d always ask me first to explain the character I’d written for her, even if the gig simply required her to read straightforward advertising copy. Her finest voice work was her last: She read, for a presentation tape of songs, the story line of a musical I wrote. She was weak by then, alternately using one of the canes she designed (and, typical of her, had started selling on her website), a walker or a wheelchair. But her voice was strong and warm and thoughtful. This time, she completely understood her character&emdash;a loving, soothing observer&emdash;without needing to discuss it.

Jane and I each arrived in Sacramento in 1976 with other partners and met when she covered a story for Channel 3&emdash;one of her first&emdash;that I’d set up in my role as the city’s public information officer. She was braced to be angry with me. She had attempted to get a comment from other city hall managers about the homeless facility we were dedicating that morning. But everyone was under strict instructions to direct all media inquiries to Goldman.  I was chatting with someone when Jane thump-thumped her finger on my back. Are you Goldman? she demanded. I turned around and swam into the merriest blue eyes I had ever seen. Well, if I’m not, I’d sure like to be, was my feeble attempt at wit. And so we began. Jane died in January. I always want to remind people who are ill with breast cancer&emdash;or who love somebody who’s ill&emdash;that the particular circumstances of Jane’s illness do not constitute their destiny. She lived nine years with this damned disease&emdash;longer than many others have&emdash;but there are also many others who will live much, much longer. Jane never wanted to know the odds or the statistics. She felt that each day was an unexpected gift.

Permit me an example: One miserably hot afternoon, about two years into her illness, she was lying on the living room sofa. Bald and bloated from chemotherapy, sweaty but not wanting the air conditioner blowing, she said to me, You know, I feel like I’m on vacation. It was such a staggering remark that I sat very still, trying to decide if she’d made a cruel joke at her own expense or was feverish. A noncommittal Really? was all I could mutter in response. Yeah, she said. I mean, you’ve told me I don’t need to work anymore. I just get to lie around the house and, when I feel a little better, start painting again.

She did, too. But ultimately it was what my wife made of her tragically abbreviated life&emdash;her love, sparkle and optimism&emdash;that was her finest art.