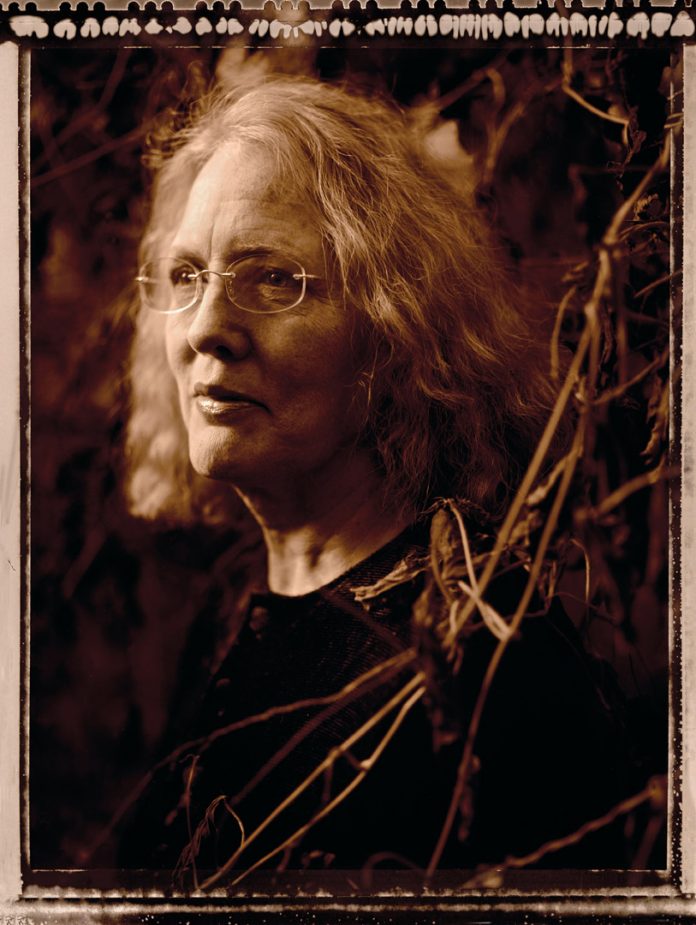 A licensed midwife talks about what laboring women need and compares home birth to hospital birth.

Tosi Marceline has helped bring hundreds of babies into this world, but she rarely sets foot in a hospital.

Most of her babies are born at home. Marceline, 58, is a midwife.

She and two other midwives run Birthstream Midwifery Services, which provides care to women in Yolo, Sacramento and parts of Solano and Placer counties. A licensed midwife, Marceline believes that pregnancy, birth and breastfeeding are normal and natural, and she says her experience working with pregnant and laboring women bears this out. So does the largest study of home births attended by Certified Professional Midwives in North America, published in the British Medical Journal
(June 2005), which found that home birth is safe for low-risk women and involves far fewer interventions than similar births in hospitals.

We talk with Marceline about her 25 years as a midwife.

How did you become a midwife?
I started out as a public school teacher for pregnant high school girls [in 1974]. One of their assignments was [to] write about their birth. They were just alone, scared, dropped off at the hospital by their mothers. Most of them weren’t married and, if they were, they were married to teenage boys. I started volunteering to go to their births with them.

In 1979 when I was about to have a baby, I knew I didn’t want to be in a hospital. I’d seen leather restraints used on women to keep them from touching anything in labor. I’d seen women be disrespected and bullied and their babies taken away. And I just didn’t want that for me. I found an area midwife (Jan McNabb) to work with. Later, she became a friend and she asked me to work with her.

There was no licensure in those days. We educated ourselves through every means possible. We attended an alternative university in San Francisco (the Holistic Childbirth Institute) that was run by doctors and midwives. We started attending births, Jan and I together.

Tell me about your first home birth.
It was 1982. Instead of [the woman] having to ask permission for everything that she wanted to do, like get out of bed and go to the bathroom, or turn off all the lights and be comfortable, we had to ask her permission. The midwives had to say, “We’d really like to take your blood pressure now; is that all right?” Not, “Stick out your arm.”

What about your own birth experiences?
I have a son (Miles) who was born in 1980 at home after a long and sort of exhausting labor. But one of the things that I think was really key to his helpful arrival is that the midwives didn’t try to hurry me up. I can just imagine myself having that baby in the hospital, going at a pace where everybody would have wanted to encourage labor with drugs, breaking the water to hurry things up, the cord being compromised (it had only two blood vessels instead of three) and my ending up with a Caesarean section. So I am ever grateful for that home birth experience.

My daughter (Molly) was born in a very straightforward and lovely home birth in 1984.

What are your favorite things about your job?
Meeting people and seeing what varied backgrounds people come from, and yet women want the same things during birth. They want respect; they want freedom to do what they want to do.

What is hospital birth like now?
A lot of people ask me, “What’s wrong with taking the pain out of childbirth?” I’m not talking about pain you can’t live through—nobody faints or dies from the pain of childbirth. It just doesn’t happen. Pain is a guide that tells us we need to do something different.

For example, if your back hurts, you find a position where your back doesn’t hurt as much anymore. And that often helps you reposition the baby so that it’s not lying on your back.

But where do women go in hospitals? They go to lay in the bed. The monitors work best when they’re lying on their backs. They might sit up a little bit, but this doesn’t encourage the baby to move. Then they get an epidural to take the pain away and the baby still lies against their back. Their pelvic floor muscles relax from the pain medication—the epidural—and then there’s no muscle tone to guide the baby into a correct position. So often, though not always, often women’s babies end up malpositioned and not fitting through.

You can just look at the Caesarean section rate, which in the early 1970s was 5 percent. And it’s still 5 percent in my practice. But it’s (now) over 30 percent nationwide.

What’s wrong with maternity care these days?
I regularly talk to women about what happened to them in their last births and women say, “We don’t have any choices in birth anymore.” Often women are in tears telling me their stories.

And now we’re getting epidurals for 90 percent of births, and everybody thinks that’s normal. Yeah, women ask for this. But remember, they were sold this technology. Being able to show them birth doesn’t have to be that way. I think that’s the reason I keep on doing this.

What are you passionate about?
That midwives and doctors really need each other. We need to be, however, in a more client-centered, mother-centered positioning.

All other industrialized countries have better outcomes (for mothers and babies) than we do (in the United States). The Caesarean section rise is also causing the maternal mortality rates to rise. Even with spending twice as much money as any other country, we are not improving outcomes. In fact, we’re making them worse.

What do women need?
Women need continuity of care, so that caregivers are familiar with not just what her labs are, what her ultrasound says and how her belly measures, but what’s going on with her social life, her children, her nutrition and her sleep.
They also need freedom of movement and encouragement for movement—not just to be stuck in a bed with a monitor, an IV and an automatic blood pressure cuff, numb from the waist down.

They also need food during labor.

Women need to control their environment. Labor is a pretty uncontrollable force, but if you can control who’s there, whether it’s light or dark, whether you’re in water or not, standing, sitting, squatting, moving, staying still, or any of those things, then you feel like the labor is easier to handle.

Women need flexibility. They need someone who will work with them where they are, instead of trying to mold them into Ms. Average Pregnant Lady.

Can you give me an example of something that you’ve experienced but that would be unheard of in the hospital?
There was one couple who were just not progressing very much. It was a slow labor, and they both had physical disabilities.

So they got up and danced to music. We waited on the outside of the door. We thought, “Oh good. They can touch each other. They can be physical and loving. They can get some rhythm.”

After maybe a half hour or hour of them being together, having the privacy they needed, the physical contact, and the upright position, she was progressing and had the baby very shortly after that.

People who develop complications during pregnancy, such as a placenta that is located on the cervix, or who have a malpresentation (baby not facing the right way) that is not compatible with vaginal birth—these are things that are fairly easy to screen for.

By really being there throughout the labor and doing the labor support, we can be continually evaluating the status of that mother and baby, so very few emergency situations arise because we like to transport (to the hospital if necessary) before it’s an emergency.

What would necessitate a transfer to the hospital?
If the labor is long and the contractions are not really doing the job, we need to move into the hospital. If there’s abnormal bleeding, if there’s an abnormal heart rate in the baby—those are the main things.

We seldom do transports of a baby because the babies are born healthy for the most part—almost every baby comes out in very good health.

Are there risks to having a home birth?
The real risk of home birth is not having access to Caesarean section within less than half an hour. We have called ahead to hospitals to tell them what we’re coming in with. They were ready for us when we got there.

You also have to consider the risks of hospital birth. There are many, including infection, nonphysiologic positioning of the mother during labor and birth so that she has to work harder, the overuse of medication, the overuse of electronic fetal monitoring, which has been proven not to be the best way of taking care of women in labor.

What message would you like pregnant moms to hear?
I would want them to know their bodies really were made to have babies. Thousands and thousands of generations of women did this well. They should have as much support and help—prenatal and postnatal—as possible. Don’t settle for less than the best. Get what you really need. Have your birth your way.