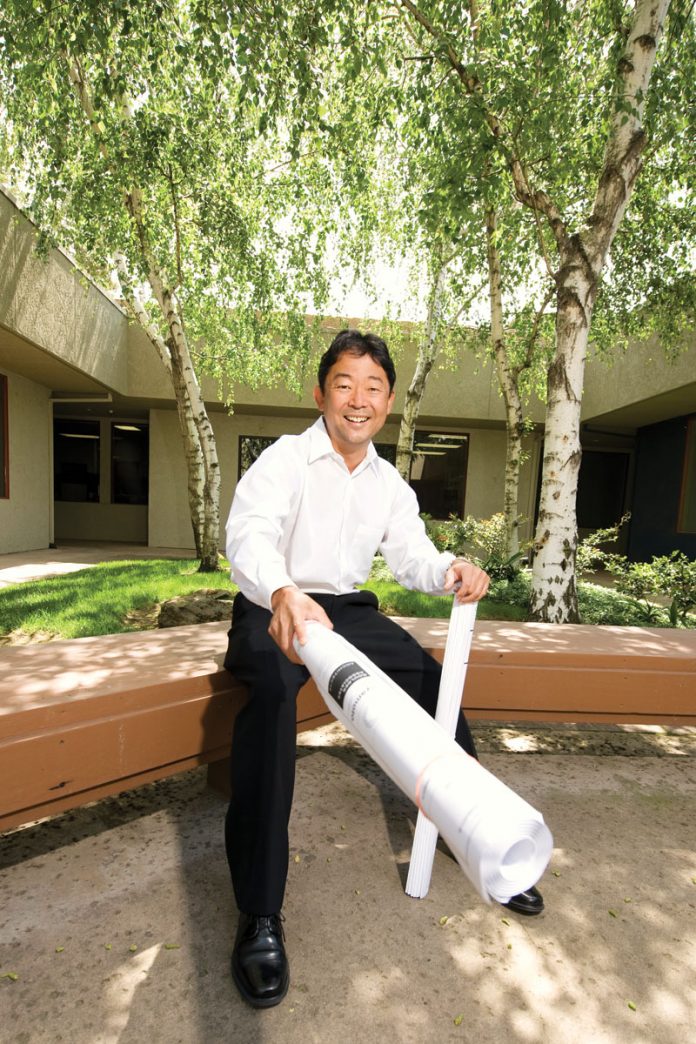 For weeks at a time, Miyamoto, an internationally recognized expert in earthquake engineering, has had his boots on the ground in Port-au-Prince, wading through rubble, assessing the quake’s damage and training Haitian engineers in reconstruction.

After those tours of duty, the father of three returns to a quiet life at his home in Davis and his office in West Sacramento, only to turn around and go back to the troubled Haitian city a few weeks later.

“It’s definitely hard work, but some of the most rewarding work I’ve ever done,” says Miyamoto, president and CEO of Miyamoto International and Global Risk Miyamoto, structural engineering and risk assessment firms with offices in Sacramento, Portland, Los Angeles, Milan, Istanbul and Tokyo.

Miyamoto International is the only civil engineering firm assisting the Haitian government with earthquake assessment and reconstruction. The firm is working with the Pan American Development Foundation and in conjunction with the World Bank. Many international agencies are providing various forms of aid in Haiti, but Miyamoto’s firm is the only one offering earthquake expertise
.
“There’s no politics,” Miyamoto says of what his company is doing. “Just pure science.”

Miyamoto and his team travel through neighborhood after neighborhood, conducting assessments of damaged buildings while accompanied by a few community leaders as a sort of shield against any would-be robbers. The working conditions are grim and dangerous. Shortly after the earthquake, more than 5,000 inmates escaped from a damaged prison outside Port-au-Prince. “It’s kind of like the Middle Ages,” Miyamoto says. “It’s really dark and really dirty.”

They mark and map which buildings are habitable and which are not—about 1,700 buildings a day. They tag a building with green markers if it is safe to enter, yellow if only limited entry is OK and red if no entry is recommended. The buildings are then mapped and entered into a database for reconstruction. Of the roughly 900,000 buildings in Port-au-Prince, according to Miyamoto, 150,000 to 200,000 have collapsed entirely and about 300,000 buildings are damaged.

They are still finding bodies buried in the rubble, he says.

Miyamoto engineers also have advised on how to recover important national security documents from collapsed buildings and what buildings might be safest to occupy for governance.

Miyamoto’s firm will lead the training of more than 200 Haitian engineers in safe building reconstruction. Part of the reason Haiti suffered so much damage in the earthquake, Miyamoto says, is that it has lax building and permit standards. By comparison, the recent 8.8 magnitude earthquake in Chile was not as devastating in part because that country has stricter building codes. The Haitian earthquake also was catastrophic because it was shallow—about 10 miles deep—and the city of Port-au-Prince is built on soft soil.

Seeing the devastation of Port-au-Prince—wreckage caused not just from the earthquake but the grinding poverty—changes a person, explains Miyamoto. It’s made him more grateful, he says.

In the face of such tragedy, Miyamoto is taking away an unexpected gift: awe. “What is incredible about Haiti is not what happened to them, but how they react,” says Miyamoto. “They are optimistic and courageous in the face of incredible tragedy. . . . I saw very little tears there. There is no time to be sad there. . . . They just have to move on.”

Miyamoto recounts the story of two elderly sisters who own the Hotel Montana in Port-au-Prince. The hotel, a well-known watering hole in the city, was reduced to ruins in the quake. The sisters not only lost their livelihood, but also lost a young grandson, many of their employees and guests. Still, Nadine, one of the sisters, told Miyamoto as they waded through the debris of the hotel that she felt “lucky.”

“She told me, ‘Kit, I’m really lucky. I have options,’” says Miyamoto, adding the woman explained that, unlike many of the poor who have no money to leave or rebuild, she has the ability to do either.

But even with the optimism of the people, it is still heartbreaking work. In the early days after the quake, he and his team knew there were people trapped in many of the collapsed buildings. Some of them were texting friends and loved ones for help. Many people died as the rescue teams hustled to develop safe rescue plans.

Miyamoto’s firm also has sent teams to Calexico and Chile, following major quakes there. When asked whether the recent rash of earthquakes indicates some significant seismic shift of the planet, Miyamoto says he believes it’s just a “coincidence.”

Although building construction in California is relatively safe in terms of earthquake damage, according to Miyamoto, residents should not be lulled into a false sense of security. Faults run throughout the state. Even the tiny burg of Winters in Yolo County endured a sizeable earthquake in 1892. He counsels people to make their homes more earthquake-safe by anchoring furniture, artwork and other heavy objects that might fall during a temblor.

Yet perhaps one of the simplest and safest ways to avoid injury during an earthquake is relayed to most children in grade school—and the advice still holds.

“Get under a table,” says Miyamoto.