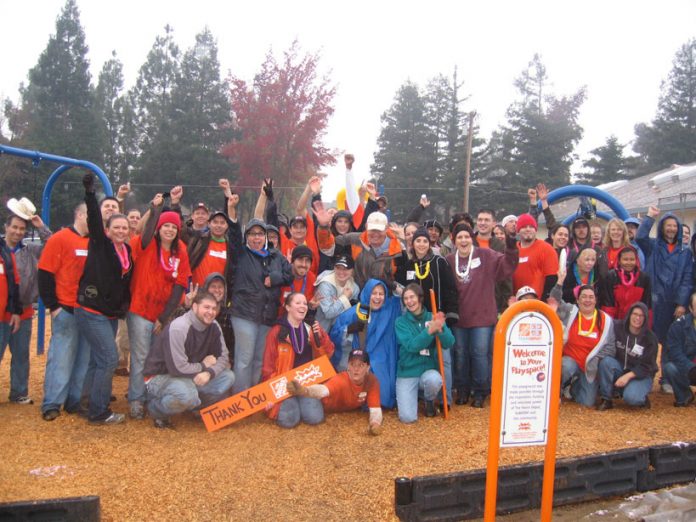 The winners of this year’s People Helping People Awards prove that giving is not a lost art.

“It is only in the giving of oneself to others that we truly live,” AARP founder and educator Ethel Percy Andrus once said.

True, there’s an intrinsic reward for giving. Yet most people like to be acknowledged for their benevolence. For 20 years, the Community Services Planning Council has recognized individuals, businesses and organizations in the Sacramento area that are continuing the strong trend of giving in the region.

“It really carries out our mission,” says Nancy Findeisen, president and CEO of the council, when asked what motivates the organization to continue to hand out the awards. “We really want to help people turn ideas into actions that improve our community. They get important recognition, and we hope it encourages others to get involved.”

Findeisen also benefits on a personal level. “I always learn so much from the people who are nominated,” she says. “I just think it’s such a great networking opportunity for people to learn from each other. Through the nominees, we (the council) get ideas of what issues we should be tackling as an agency.”

Winners of the 2008 People Helping People Awards were announced at a luncheon on April 24; proceeds from the luncheon support Hands On Sacramento and 2-1-1 Sacramento, two of the council’s community-based programs.

Who: Jessica Jorgensen
Why: For her involvement with numerous community endeavors including the Grants Advisory Board for Youth, a program in which youths ages 12 to 19 review grant proposals for groups in the region led by other youths

In addition to her work with the Grants Advisory Board for Youth, Jessica Jorgensen started up a mentoring partnership program, LEAP (Leadership Education Achievement Partnership), which benefits Whitney Avenue Elementary School;
organized a letter drive for patients at the local Shriners Hospitals for Children; and is a certified puppy sitter for guide dogs.

Through various events and activities, the young professionals that constitute Active 20-30 Sacramento No. 1 club—the first 20-30 club, started in 1922—raise funds for local children’s charities: an average of $85,000 every year. Members take at-risk and homeless children on back-to-school shopping sprees, and the club hosts an annual Special Kids Family Picnic for special-needs children and their families. Active 20-30 USA & Canada clubs extend their charitable efforts to children throughout the United States and around the world.

By nurturing a spirit of volunteerism and effective community leadership among its members, the Junior League of Sacramento makes good on its mission to help at-risk children, especially those in the foster care system and those at risk of entering the system. The league has founded or co-founded several organizations and projects in the community including the Children’s Receiving Home of Sacramento, Fairytale Town, the Boys & Girls Clubs of Greater Sacramento and the Nonprofit Resource Center.

Who: Sister Mary Redempta Scannell, R.S.M.
Why: For her compassionate service and advocacy on behalf of people with HIV/AIDS in Sacramento

Sister Mary Scannell is a founding member of the Catholic Diocese of Sacramento HIV/AIDS Ministry, which endeavors to meet the physical, social, economic and spiritual needs of those with HIV/AIDS. Although now a retired Sister of Mercy, she continues to offer aid to those living with the disease.

Who: McNally Temple Associates Inc.
Why: For helping to stop child abuse by developing marketing materials, conducting research, and designing posters and other media aimed at child abuse awareness and prevention

The local communications firm McNally Temple Associates Inc. has provided assistance with child abuse awareness and prevention in myriad ways including producing the Child Abuse Prevention Center of Sacramento’s quarterly newsletter, offering PR advice and coordinating media events for issues important to the center. Materials it produced were distributed to other agencies within the state for Child Abuse Prevention Month in April 2007. The firm’s efforts even have had international reach: Two hospitals in Romania and UNICEF Guatemala use its materials about Shaken Baby Syndrome. The firm also supports numerous other child-related charities including Children on the Edge and Project Help.

Who: Bank of America
Why: For helping the community via its Neighborhood Excellence Initiative, which recognizes, nurtures and rewards organizations and individuals working to improve their communities

Bank of America, through its Neighborhood Excellence Initiative, has invested nearly $2 million to support area nonprofits, individuals and student leaders working to improve their communities. Among the organizations it has assisted are the Boys & Girls Clubs of Greater Sacramento, Make-A-Wish Foundation and St. HOPE Academy. In addition, Bank of America allows its associates two paid hours per week to volunteer.

Who: Kelly Brothers
Why: For lending a hand to countless local organizations and events

Who: Jeanne Reaves
Why: Her longtime commitment to the region, demonstrated by serving on nonprofit boards and chairing events, and for encouraging employee volunteerism at River City Bank, where she serves as president and CEO

Jeanne Reaves spearheads many of River City Bank’s numerous community projects including Stuff the Bus, which—in collaboration with CBS 13/CW 31 and Project TEACH (Sacramento County Board of Education)—gathers school supplies for homeless children, and Relay for Life, which raises money for cancer research. Reaves also serves on numerous boards, including WIND Youth Services, and was instrumental in establishing the Ten Year Plan To End Chronic Homelessness in Sacramento County.

Who: David Fiddyment and John Piches
Why: For having completed 60 years of perfect attendance in Rotary Club, an achievement unmatched in Rotary International’s 100-plus-year history

As Rotarians, David Fiddyment and John Piches, friends since childhood, have given back to the community through volunteering and monetary donations. Both men have served as president of the Rotary Club of Roseville, and Fiddyment remains on the board. During their 60 years of service, Fiddyment and Piches have been involved with programs that help children, teens, the elderly and the homeless. Their generosity has reached the lives of people locally and internationally.

Who: The Home Depot
Why: For its year-round contributions to the community via store gift-card donations to local nonprofits, financial support and hands-on employee volunteering with area projects

In collaboration with KaBOOM!, a national nonprofit that works to build play spaces for children (and with which The Home Depot is a partner), The Home Depot helped build a new playground at River Oak Center for Children’s residential treatment campus. Other area nonprofits that benefited from The Home Depot’s assistance in 2007 included the Sacramento Habitat for Humanity, the Sacramento Tree Foundation, the Samuel Pannell Meadowview Community Center and Rebuilding Together Sacramento.

Who: Deloitte LLP’s Sacramento Office
Why: For improving lives through its community Impact Committee
Some 2007 events Deloitte LLP’s Sacramento office staff participated in via its Impact Committee included the Susan G. Komen Race for the Cure and the American Heart Association’s Heart Walk along with the company’s signature event: Impact Day, which benefited Sacramento Food Bank & Family Services. In 2007, the committee gave more than $175,000 in donations to local nonprofits and several thousands of hours of service. All 180 members of the staff participate in some form of community service.

Experience the Joy of Giving Back

Since 1998, the Community Services Planning Council’s Hands On Sacramento program has been matching up individuals and teams with volunteer opportunities. The council also develops BusinessWorks projects, where it concepts and manages community service projects for employee teams. Participants can volunteer with different organizations rather than settling on just one, says Nancy Findeisen, council president and CEO. Time commitment is as little or as much as the volunteer or group desires.

The Community Services Planning Council’s 2-1-1 Sacramento is a community resources information and referral service that connects residents with more than 2,400 nonprofit agencies and government services. The multilingual service is available 24/7. “It also is a central resource for community information during and in recovery from disasters,” says Findeisen.

Exceptional Community Support Small-BusinessAward: Recognizing a business with fewer than 50 employees that has provided outstanding support for community projects and charities

Executive Leadership Award: Recognizing a corporate executive, business owner or high-level management leader who has modeled good corporate social responsibility for employees, among peers and in the community at large

Senior Volunteer Award: Recognizing an individual volunteer older than 65 who has performed a special deed or project

Sustained Community Support Award: Recognizing a business that has provided substantial support for community projects, and a variety of charitable organizations and causes for many years

Unsung Hero Award: Recognizing an individual who has performed a special deed or project not previously recognized

Youth Volunteer Award: Recognizing an individual volunteer younger than 21 who has performed a special deed or project