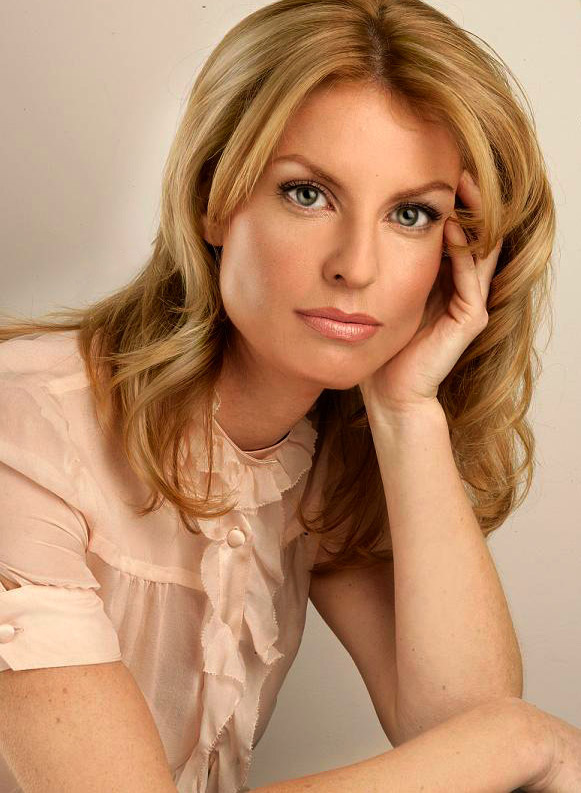 Meet six locals who’ve made it in the world of modeling.

Don’t hate them because they’re beautiful. Most of these Sacramento-area models are not much different from you or me&emdash;just a tad (or a lot) better looking. One’s a soccer mom, another is a clinical psychologist who models to make a few extra bucks. They all are drop-dead gorgeous and have turned their good looks into a good income. Here’s a look at some local models you may have seen on the cover of a magazine or in a television commercial. To learn more about the lives behind the smiles, read on.

Karamel Jett has been modeling for more than 20 years. After graduating from Hiram Johnson High School, the 5-foot-9 Jett did some runway work in New York but figured she’d better find a more stable career in order to pay the bills. Even though I was young, I knew it was a hard industry to get into, says Jett. I didn’t know if I had what it took to set me apart so that I would get work.

So Jett went to work as an information technology professional with California’s Child Welfare Services/Case Management System and continued modeling on the side. Now mother to a teenage daughter, she still works for the state and with partners runs JC Academy for young girls and boys interested in pursuing acting or modeling. Jett does the occasional runway show or print ad.

Weirdest part of the job: Working with animals in a runway show. It’s crazy and chaotic. You can never tell what the animal is going to do on stage in front of hundreds of people.

Heather Ashley began modeling about three years ago. The impetus? Her dad found a story she’d written when she was 9, saying she wanted to be a model.

The timing was good: She’d just accepted a buyout from her sales job at Sprint. Leaving the 9-to-5 grind allowed her to take some modeling classes, and she soon started getting modeling gigs. Ashley has since done print ads for Ace Hardware and Reclaim beauty products and runway work for Macy’s and Nordstrom. She also was a featured extra in the Will Smith film The Pursuit of Happyness.

Day job: None. Modeling is my soul source of income. But without my husband’s income, it wouldn’t support the lifestyle I like to live.

Strangest modeling job: Dressing up as a St. Pauli Girl.

Has modeling changed the way you live? I work out every day. I watch what I eat, but I allow my cheat days. It’s not an obsession; it’s a healthy lifestyle. Everybody should be exercising at least three days a week.

Modeling since she was 12, Michelle Sweeney has traveled all around the world, living for weeks on end in Japan, Germany, Italy and elsewhere. Recently engaged, Sweeney only takes on assignments close to home these days, doing mostly print work and fashion shows in Sacramento and the Bay Area.

Unaccompanied minor: At 14, she lived in Tokyo, far away from family. You live in an apartment and you have a chaperone pick you up in the morning and take you to all of your drops.

Strangest modeling job: In Tokyo, she says, they had a bunch of makeup artists and assistants. I compare it to a surgeon saying â€˜Scalpel, please.’ It was very funny seeing this hierarchy of makeup artists.

Future plans: In addition to modeling, Sweeney has started doing event planning. My plan is to do as much modeling as possible. We’re saving to buy a new house. Eventually, when we have kids, I could do a few modeling jobs here and there and focus on the event planning.

Teri Flores got back into modeling about five years ago after a lengthy hiatus to raise her three children. She views modeling as a way to make extra income and a route to return to her first love: acting. That is my ultimate goal: to get into film, she says. Flores has had some bit roles, appearing in Her Minor Thing, The Pursuit of Happyness and in Hallmark films.

She does print ads and TV commercials. Recently, her husband and three kids worked with her on a KitchenAid print-ad shoot.

Strangest modeling job: When I filmed a commercial for Capitol Bowling in Sacramento, we had to roll frozen turkeys in an office. Bottles of soda were the bowling pins.

Most strenuous modeling job: Filming a commercial for Raley’s in which Flores had to chase a Raley’s truck down the street wearing high heels. It was called â€˜Follow the Flavor.’ I had a frying pan and wore heels. We did 15 takes. My legs hurt after that one.

What do your kids think of your modeling? They love it, but the boys get a little embarrassed seeing me in sometimes revealing clothing. But their friends make comments that it’s pretty cool.

Her type: I don’t consider myself a high-fashion model. I have been lucky to get into the print market in Sacramento. There is a large market here for everyday-looking people. I’m a soccer-mom type.

Pay: Modeling provides a nice part-time income. For the KitchenAid shoot, each of her children earned $700, her husband $800. Flores receives about $1,500 for a print job.

Troy Ewing, a clinical psychologist at a maximum-security prison, works as a model in his free time. It’s an odd combination, but one that works for him.

As a psychologist, I never get to focus on myself, he says. I focus on the client. Modeling allows me to recharge, to interact socially and to travel.

When Ewing was 23, a modeling talent scout came up to him in Sacramento and asked him to try it out. He agreed and got into acting, too.

I was a bad actor, says Ewing, who left the business because of too much negativity. He ran a talent agency for a while, then headed back to school to study psychology. He returned to modeling in 2006 as a way to earn extra money and meet people.

It’s almost a hobby that pays, he says.

Why did you choose to work in a prison? I went for the clinical experience and to get over my fear. Once I got here, I found it really rewarding. I teach some of these hardened criminals how to get in touch with feelings. Here, I’ve met some of the most creative people I’ve ever met in my life.

Krista Noonan, a plus-size model, is proud to send the message to women that they can be stunningly beautiful even if they don’t wear a size 2.

I used to be much heavier, says Noonan, who lost 90 pounds during a nine-month period from November 2000 to July 2001 through Weight Watchers and exercise. But even when I was heavier, people used to tell me how pretty I was. There is so much focus on being thin. But I’m in great shape. I work out.

In September 2001, Noonan read an article on plus-size models and decided to give it a shot. She had some head shots taken and sent them to a local modeling agency. It’s been a whirlwind ever since, she says. Noonan has done runway work for Macy’s and Nordstrom, appeared in an infomercial for a body shaper called Shape n’ Slim and done print ads for Mervyns.

Career highlight: Through a New York modeling agency, Noonan won a trip to New York, where she appeared in a Macy’s runway show and received free makeup and hair treatments from top salons.

Biggest job perk: Sending a positive message to larger women. After a runway show, women will come up and say, â€˜We’re so happy to see you guys out there. You are so beautiful and we see ourselves in you.’

Do you dream of working as a model here in Sacramento? Don’t give up your day job.

So says Chandra Bourne, owner of Cast Images Talent Agency, a Sacramento modeling agency. Of the 600 or so local models she represents, fewer than 100 make their living working full time as models.

It’s pretty tough to make your living working just here, says Bourne, who’s been in the business for 16 years. Her busiest models split their time between Sacramento and San Francisco, Los Angeles and Seattle.

In Sacramento, the work ranges from TV commercials for local businesses (casinos and housing developers are the biggest clients) to print ads and fashion shows, catalog work and industrials (aka corporate training videos).

What look sells in Sacramento? Bourne’s busiest category is good-looking people, male and female, 25 to 35 years old. They are attractive but approachable&emdash;not necessarily a high-fashion look. Bourne scouts prospective models when she’s out and about in public. If I see somebody who’s right, I’ll definitely give her my card, she says.

Bourne also represents plus-size models and children. To be a plus-size model, she says, you have to be at least 5-foot-7, very proportionate and pretty. There’s not much work here for children. A lot of clients tend to use their own kids, she says.