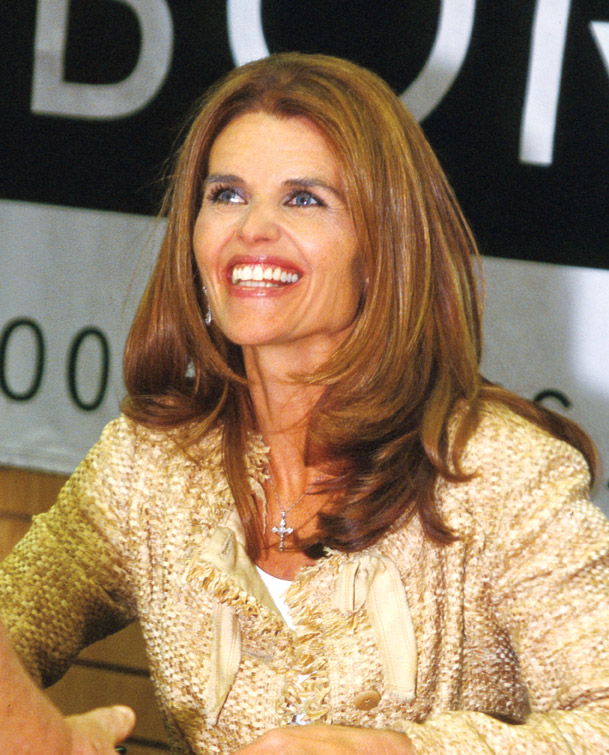 Her movie-star husband was sworn in as California’s governor in 2003. Since then, Maria Shriver’s life has changed in many ways. What’s the country’s most glamorous first lady up to these days?

Remember when it seemed like Arnold Schwarzenegger and Maria Shriver were moving to Sacramento? Remember how excited we all got at the prospect of having international, A-list celebrities in town? Remember?

And for years, I have blamed myself for that.

No, I’m not a real estate agent. But in the spring of 2004, I interviewed Shriver for a national weekly magazine and she asked me a lot of questions about Sacramento, since I had just moved here from Los Angeles myself. I don’t know everything, I told her, but I clearly remember questioning the fun in Funderland and lamenting that there isn’t an Anthropologie at Downtown Plaza. I think the word hobo came up, as well as the phrase hot as the surface of the sun. (To be fair, I gushed so about Vic’s Ice Cream that
you would have thought it was Spago.)

So when I talked with her recently to see how’s she’s doing after four years as California’s first lady, I immediately apologized for our previous conversation. It’s a dry heat, I said, not bad at all.

Shriver could barely recall our meeting, much less anything I said. I didn’t move to Sacramento, she said in a phone interview this past July, because it was too much of a disruption. It was better for my kids [not to move]. The first year, I went back and forth. Then it got too complicated.

These days, she stays put in Los Angeles, using her home as a base of operations. But that doesn’t mean she isn’t visible.

Turn on the television and she’s strolling along a beach with Arnold, touting California tourism. Look up: There she is on a billboard wearing a helmet and promoting the Best Buddies Challenge, a bike ride from Carmel to Hearst Castle in support of people with intellectual disabilities. Visit a state museum and you’ll see her books and jewelry line in the gift shop. Log on to YouTube and watch her self-effacing address to Google employees. Get her advice on marriage at iVillage.com. Catch her on an Oprah rerun chatting with her mom, Eunice Shriver, sister of John F. Kennedy. And, if you can talk the CHP officer into it, go inside the governor’s office at the Capitol, where the hallways are lined with framed photos of Shriver next to everyone from the Dalai Lama to public-school kids.

If, after four years, Shriver is still uncomfortable with the title first lady&emdash;and she assures me she is&emdash;I’ve got another that might work: First Mother of Multitasking.

Shriver is all those. And she’s a star in her own right. (Her red-carpet photo from the Academy Awards earlier this year got almost as much media play as Oscar winner Helen Mirren’s). That gives her an unprecedented ability to put her stamp on California.

She’s like Bono, or Angelina Jolie, says her brother, Timothy Shriver, chair of the Special Olympics. They don’t want to just be brought around to have their picture taken with an orphan. They want to play their roles in a significant way. Maria doesn’t feel ceremonial. She doesn’t want to become just a face. She wants to become muscle.

Another brother, Anthony Shriver, founder and chair of the Miami-based nonprofit Best Buddies, adds: She doesn’t go around every night of the week as first lady, going to galas and balls and stuff that first ladies do. She doesn’t really do a lot of prancing around, ribbon-cutting. I think she’s picked her battles.

Indeed, what Shriver may do better than any of her predecessors is use her fame and Kennedy family cachet to elevate and energize causes she believes in. She knows her value and she wants to be fully leveraged, says Karen Baker, executive director of CaliforniaVolunteers, of which Shriver is the honorary chair. She’s aware that people will get engaged in something if she’s involved.

And what she wants Californians to engage in most, Shriver says, is personal empowerment. It is her pet cause. Everything I’ve done is to empower people to take care of their own lives, she
says, citing her work with childhood obesity, disaster preparedness and the Earned Income Tax Credit. Every-thing I’ve done is about empowering the individual.

Nowhere is this message writ more broadly than at the California Museum for History, Women & the Arts. Shriver, who turns 52 this month, has transformed the once-staid establishment into a two-story, interactive advertisement for empowerment, especially femme power. Exhibits are variations on this theme: Wings are dedicated to California’s Remarkable Women, California’s Hall of Fame inductees (the list includes remarkable women) and the winners of the Minerva Awards, who are . . . remarkable women. All are projects conceived by Shriver.

The goal when I came into the first lady role was to create things that had not been done before and would live beyond me, she says.
Says Timothy: She’s a leader of a women’s movement in your state, although she would never call herself that.

The road to becoming the Oprah of first ladies has been long, Maria Shriver says. I still consider myself a work in progress, which I’m convinced I will be for my entire life. But we’ve done a tremendous amount that I can pass down.

The problem, she says, is in the nebulous nature of the first lady role. It’s one of those jobs you have to feel your way along with. The longer you’re in it, you come to understand that you can do whatever you want. At the end of the day, it’s a volunteer job.

Which is a blessing and a curse for someone as driven as Shriver, says her brother Anthony. She’d rather be working, he says. I don’t think she sees [being first lady] as a job or challenging in the way of a competitive working environment. I think she still sees it as an extension of Arnold’s job.

Shriver herself says she seriously considered going back to work as a broadcast journalist earlier this year. But we’d all moved on, she says, referring to her former colleagues. Shriver’s job at NBC News, where she won a Peabody Award for her work with Dateline, ended in 2003 after her husband was sworn into office. Her bosses cited conflict-of-interest issues.

I’m going to look at television in the future, she says. I miss what was.

On the other hand, having no particular office hours means Shriver is spending more time with her four children: Katherine, who turns 18
this month; Christina, 16; Patrick, 14; and Christopher, 10. She’s focused more on the family, says Anthony. She takes them to school and picks them up and takes them to soccer and basketball.

Her commitment to her children makes her sensitive to other working parents, says Baker of CaliforniaVolunteers. First ladies have chaired the nonprofit since its inception in 1994. In the past, that typically meant once a year, the first lady comes in and says â€˜Hey, you’re all doing a great job!’ says Baker.

Shriver’s tenure at the helm has been different. She had marching orders. She had a clear plan. There’s real teeth, real leadership. What wowed me was the energy.

Yet Shriver was sensitive to Baker’s needs as a working mother of two. She understands parameters, Baker says. I can say, â€˜I can only get these three things done this year’ and she respects that.

Baker says Shriver can be in a high-level meeting and take two cell phone calls from her kids. They have instant access to her.

Shriver may be taking even more time for her kids in the coming months. Her father, Peace Corps founder Sargent Shriver, 92, suffers from advanced Alzheimer’s disease, and his illness has profoundly affected his children, says Anthony.

Your parents get older and get sick and you begin to realize how quickly life passes you by, he says. Shriver, he says, may slow down her schedule, seeing more clearly the value of leisure time. This past summer, for example, she spent 10 days with her family at the Kennedy compound in Hyannisport, Mass.&emdash;an unusually long stay. She also vacationed in Sun Valley, Idaho, a popular Schwarzenegger family getaway, Anthony notes.

Maria feels her responsibility to California, so she’s staked out a few things to work on, he says. But she really wants to have fun, too.

Her definition of fun, by the way, doesn’t include running for public office, despite the fact that some in the community have mentioned her as a future candidate for president.

She has enormous talent and judgment, and people recognize that, says Anthony. [Her recognition] has expanded dramatically since Arnold became governor.  But I don’t think there’s a shot in hell she would run.

Shriver herself says she sees her time as first lady less as a steppingstone to the White House than an extension of her reporting career.

I’ve looked at the first lady job as one big journalism assignment, she says. I consider myself pretty creative and curious. And this job allows me to put my curiosity to work.