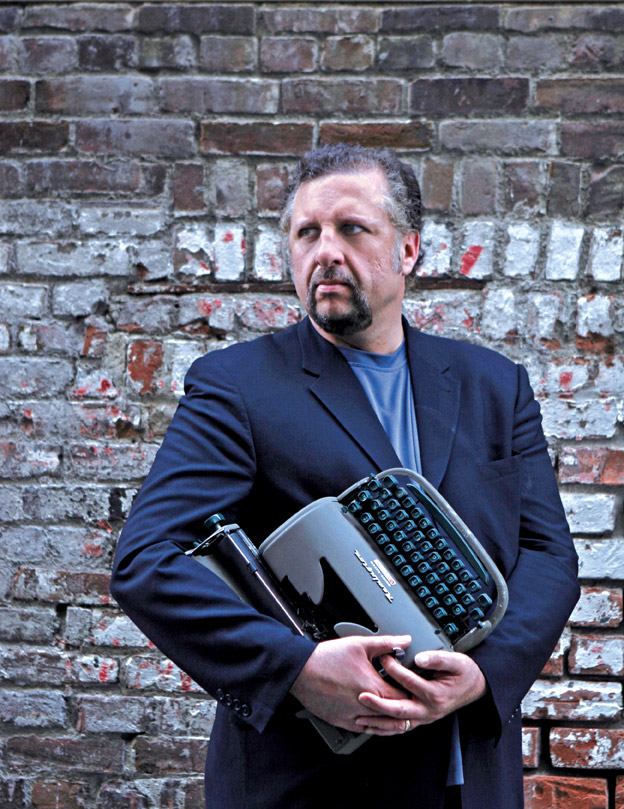 The Sacramento Bee’s Metro columnist wants to make you think.

Marcos BretÃ³n joined The Sacramento Bee 17 years ago, causing water cooler conversations (and perhaps a little cursing) concerning his reports on everything from immigration to the Maloofs along the way. He jumped from Metro to Sports in 2000. And now he’s earned a designation historically reserved for great writers notoriously possessing the pulse of their respective cities, writers like Herb Caen of the San Francisco Chronicle. With aplomb, BretÃ³n returns to Metro with his own column, tackling among many other subjects hate crimes, gun control, Major League Soccer and growth issues in Sacramento&emdash;and he’s just getting started. Sacramento magazine recently sat down with this award-winning journalist and found a decent and, yes, dogmatic individual who just wants his words to mean something. BretÃ³n doesn’t care if you agree with him&emdash;only that you think, really think, after reading his column.

Tell me about the change from Sports to Metro.
It was an interesting opportunity because Sacramento is really at a crossroads right now. I really get angry when I hear people say that Sacramento is a cow town. It makes me especially angry when I hear longtime Sacramento residents say it. My question is then: Why are you living here? Go someplace else. It’s a vibrant, exciting city on the forefront of a lot of growth and change, and I want to try and capture that in the column.

What are some of the subjects you’ve tackled so far that stand out?
The first one out of the gate was on gun control. You know, I might as well just jump right off the cliff! I’ve written about the divisiveness at Sac State between the faculty and the president. In my mind, there are really out-of-control faculty members. I wrote about Moe Mohanna, this guy who is downtown and owns a lot of buildings on K Street and is really standing in the way of refurbishing a really blighted area. The column has focused on and will continue to focus on issues that are central to Sacramento.

Controversial?
It’s a little controversial. That’s OK. You know the sports column I did was pretty controversial. The goal isn’t to generate a reaction, although I certainly get accused of that. The goal is to try and make you think. If you’re going to have a column, have a column. Too often you see people with columns and they’re just writing glorified feature stories. [Columns] have to have a point of view. You don’t have to agree with the point of view; that’s fine. But it has to have a point of view. It has to make people think or make people laugh or make people angry. It’s just a waste of space otherwise.

Do you plan to stay in Sacramento?
I do. I mean, you never say never in this life, but my wife and I put down roots here. I have 3-year-old identical-twin daughters. It’s the perfect place to raise children. The Cathedral of the Blessed Sacrament is our parish. We’re very close to the priest there. Sacramento is a place that although it’s big, you can roll around town and see people that you know all the time. I love that. I love it. I love that it’s a big place but it seems like a small place.

What do you consider your finest achievement while working in Sacramento?
You know, I don’t think I’ve reached it yet. . . . There’s never a column where I’m completely satisfied with it; it always can be better. Hopefully, that great achievement is still out there somewhere.

How much does your Hispanic culture come into play with your writing and how important is it to Sacramento?
It’s important this way: It’s something I’m proud of, but it’s not my everything. You’ll hear people say that that’s all I write about&emdash;but, no, I don’t! It is relevant right now in the right context. There are very few [Latinos] in my position for whatever reason. [Latinos] are important because it’s not a monolithic community. There is wide diversity within the community&emdash;Republicans, Democrats, Cubans, Mexican-Americans . . . there’s not one singular voice. Mine is just one voice. Sometimes you write about those things and people get angry. My question to them is: Why are you mad? Honestly, why does that make you mad?

Did you grow up in an ethnic home?
I did. My parents are from Mexico. Spanish was the first language in the home. But&emdash;and I think this is really important&emdash;I stuck up for Arnold Schwarzenegger when he made this comment at a function. He was asked about the Latino dropout rate, which is an epidemic in my opinion, and Why is that so? He basically said that Latinos haven’t assimilated. And then he was asked, What would you do to encourage them to assimilate? He said, I would turn off the Spanish language TV. And, oh my God! It became this huge thing where he was criticized by a lot of people. I stuck up for him because I thought his comments where taken out of context, and I also felt like the message of assimilation was the proper one. I believe you can assimilate while still feeling proud about your culture. One doesn’t cancel out the other. . . .  just came back from a weekend in Northern Mexico, a family wedding, so [my culture] is still a part of me, but I’m an American. And bilingual. . . . I look around this city and the speaker of the Assembly is Mexican-American, the police chief is Mexican-American, the president of Sacramento State is Mexican-American, the executive editor of the Bee is Mexican-American. All those guys are proud of who they are, but are assimilated.

What would you say has been the most exciting story out of Sacramento that you’ve covered?
The most fun I had was in the spring of 2002 when the Kings made the Western Conference finals. My task was to write for the front page of the paper and with each game to give the readers the feeling of what it was like to be there. The whole city was on fire. It wasn’t just that the team had reached this pinnacle; it was the regional rivalry with Southern California. It transcended sports. Even people who weren’t into sports got into it. I got phone calls from grandmothers and little kids. People were just devouring it. We couldn’t keep enough newspapers on the racks. It seemed like the whole city was one. Unfortunately, it didn’t go the Kings’ way and it was very sad. I haven’t had that much fun before or since.

How about outside of sports? What stories stand out as history to you?
Presidential elections here in our country and in Mexico, which we felt were big stories because of trade. I covered the Rodney King riots and the O.J. Simpson trial. Those were huge events for us here in California. Those were things that you don’t forget. And obviously 9/11&emdash;being really touched about Californians that lost their lives that day. We are less safe now. If anything, I think our jobs in journalism are so much more important now.

Do you plan to cover Iraq in your column?
You know, maybe. The column has to have a local connection. . . . I can see covering the presidential election. I recently wrote a column questioning how this was really a Bill Clinton town and whether it will be a Hillary Clinton town. Some of the most influential people in town are Hillary supporters. There’s some fresh tension going on with people here locally over the issue. The battleground for both sides is in cities like ours all over the nation. In that context, I can really see writing about the war. But it has to be the right subject matter.

Five years from now, where do you see yourself?
I really don’t know. I’m hoping that the column will be viable and that people will be into it. I’m hoping that in five years the audience will be much bigger. Because of the Internet, newspapers are so fragmented. It used to be that a newspaper columnist was like the single voice in the city. Not anymore.

Like Herb Caen?
Yes, there are no more Herb Caens, and it’s unrealistic to have that expectation or to have it happen overnight. When I wrote the sports column, it was controversial, particularly critical of the Maloofs. You can have elements of that in Metro. But I see no point in being a slash and burn columnist. Let’s face it: Part of sports is entertainment; the issues in Metro are much more complex. The style has been a little different. Now, I haven’t changed my opinion about the Maloofs. Hopefully, they’ll make me change my mind, but it’s up to them, not me. And it’s not just me&emdash;it’s not just me! I feel like I’m building an audience brick by brick, and it’s going to take time.