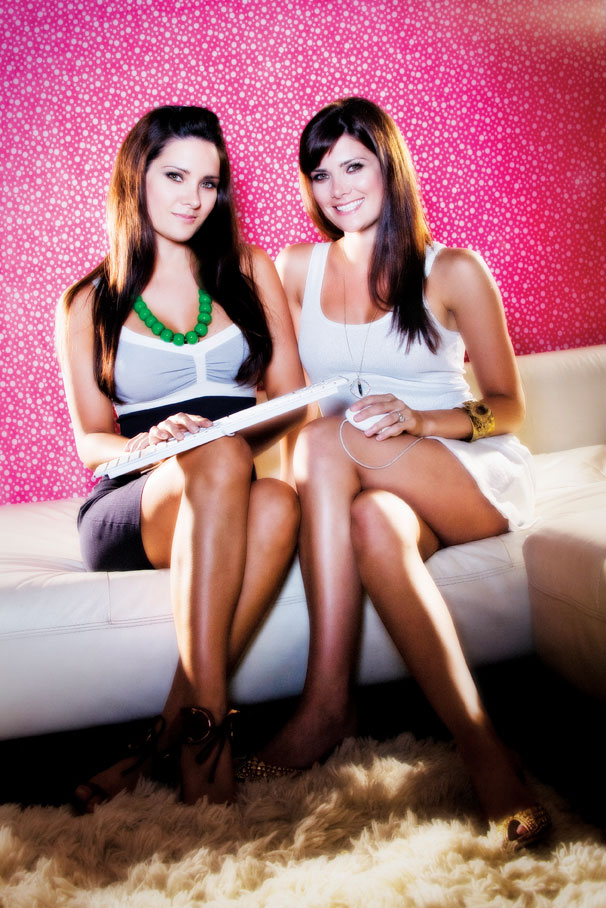 So you want to know what some folks really think? Check their blogs. For better and worse, bloggers can say whatever they think—and they do. Prolifically. Bloggers generally aren’t pros—their work often lacks professional editing and fact-checking—but there’s little question on where they stand, and that’s their appeal. Local bloggers who write about Sacramento give a street-level view of the city with an aura of authenticity that more managed media can lack. And you get it fast, posts appearing online mere minutes after the author writes them. Ditto for any news they might be breaking. Dozens of local blogs have sprung up lately, offering a wealth of original ideas and left-field opinions on a variety of subjects. Here’s a handful.

The local blog Cockeyed springs from the skewed mind of Rob Cockerham, a 39-year-old Elmhurst resident who makes his living as a medical manual writer and who can’t help indulging his fascination with weird science and off-the-wall humor.

On Cockeyed, you’ll find Cockerham’s who’d-a-thunk experiments on everything from cheap radar guns to the relative speeds of different pizza delivery operations. For instance, to answer his question about the “length” of paste in a tube of toothpaste, a question no one else seems likely to ask, Cockerham squeezed all the paste out of the tube, measured the contents in inches and carefully photographed the entire process. Another time, he used a $20 radar gun from Wal-Mart to clock birds, dogs and old ladies walking down the street, tallying the results of a “race” that was only in his mind. His blog entries contain as many photographs as text blocks and lay out his experiments in a clear, entertaining style.

“I try to come up with things people haven’t done before,” he says, understating his case.

Read this blog if: You need a good,head-shaking chuckle.
-cockeyed.com

TwinSoup, one of the prettiest, best-organized blogs in town, is the brainchild of 28-year-old twin sisters Sarah and Rachel Campbell, who live in the Sierra Oaks area and work in real estate. They started their blog because, as locals who spend a lot of time shopping and eating out, they’ve earned reputations as girls who know where to go.

Which is exactly what they write about on this well-designed site. Regular features like Fab Find of the Week and Sacramento Weekend Quickie are short, sassy and informative. The sisters blog about everything from the current peace-sign fashion craze to their favorite places to go on Second Saturday.

Still, the blog, says Sarah, is “pretty random. It’s whatever we come across. But because of that, people trust it.”

Read this blog if: You’re a Manolos-and-Prada kind of girl.
-twinsoup.com

One of the oldest blogs in town—it goes all the way back to 2005—The Sac Rag provides local news, gossip and reviews of Sacramento restaurants, entertainment, sports, politics and media. Ten contributors, writing under pseudonyms, crank out a steady stream of commentary that is by turns funny, insightful and snarky.

The site has a we’re-all-insiders attitude. “I think we’ve got a voice, even though we have specific writers for food, music, beer and wine, politics,” says Don Zacharias, 32, of Tahoe Park, who blogs under the name CoolDMZ. “We’re all things for all people.”

A recent series of posts by regular contributor RunnerGirl featured an exchange with departing Sacramento Bee columnist Lisa Heyamoto. The posts detailed Heyamoto’s “Sacramento bucket list,” a list of things she and her beau, Bee reporter Todd Milbourn, planned to do before they left the paper—and Sacramento—for good. And sac-eats, another regular contributor, made an impassioned plea to local restaurant developers to restore the old Palomino Room on El Camino Avenue to “all its vinyl boothed (sic) glory.”

Sac-eats and RunnerGirl are two of the regular contributors who give The Sac Rag its attitude. “Our approach isn’t bland,” Zacharias says. “I wanted us to be sort of annoying.” The site gets about 500 unique visitors a day, which isn’t a lot, but at times it seems like every visitor posts a comment.

Read this blog if: You like yournews and reviews with a side of snark.
-sacrag.com

Cori Crooks, a 38-year-old mother of two in West Sacramento, is one of the few local bloggers who’s actually landed a publishing deal. If you read her blog, CoriCrooks, you’ll see why: She’s original, curious, a great lover of interesting art and offbeat ideas, and she’s not afraid to express her passions.

Crooks dismisses the “this is my favorite coffee and my favorite jeans” style of blogging, but she’s hardly anti-personal. She just likes it a bit deeper. “I want to read people baring their hearts,” she says. But she claims she felt awkward at first about blogging about her personal life. “You battle with that whole idea of ‘Who do I think I am?’ You wonder that anyone would want to read your thoughts. And it’s really hard. But it can be done well.”

In one recent blog entry, Crooks wrote about her visit to a “junk oracle,” who shook a handful of small objects (a dreidel and a metal spring, among other things) onto a table like dice and “read” them to answer Crooks’ questions about her future. In another entry, she posted pictures of jewelry she’d made.

Crooks originally blogged under the name A Gag Reflex. Writing in 2004 and 2005, she described her search for “the man rumored to be my father” and the woman she describes as “my dead, drug-addict, con-artist mother.” The blog had nearly 100,000 readers and caught the attention of a literary agent who was so enthralled, she got Crooks a book deal. “It blew my mind,” Crooks says of the attention. The resulting book—her first, Sweet Charlotte’s Seventh Mistake will be published in October by Seal Press.

Read this blog if: You always wondered what happened to your quirky college roommate.
-coricrooks.com

Sacramento’s dynamic urban growth is beautifully captured on LivingInUrbanSac, written by freelance photographer Michael Zwahlen, 34, and his blogging partner, Costa Apostolos. The blog features Zwahlen’s photographs of Sacramento’s new (and not-so-new) buildings and is informed by his and Apostolos’ strong opinions about Sacramento’s newest architectural landmarks and related development.

Given its clear opinions, LivingInUrbanSac will not be mistaken for a chamber of commerce site, but it does serve the community (and local builders) by highlighting new projects in ways that the mainstream media do not.

“We are opinionated,” Curtis Park resident Zwahlen admits. “But we don’t often say something sucks.” Still, the bloggers aren’t afraid to take on what they see as troubling aspects of new buildings. Take Zwhalen’s recent diatribe about the difference between the attractive southern facades of new downtown skyscrapers and their less-attractive north sides, or the propensity for new buildings to be built atop big, fat parking garages that dominate streetscapes. The pair also will criticize such details as the sinks in a new, heavily promoted loft project.
Zwahlen is keen to break news, and he’s been on top of a variety of downtown development changes at Downtown Plaza and elsewhere in the grid. The blog gets about 10,000 unique visitors a month, and many of them have opinions about what they read. “I know we have media and contractors reading,” says Zwahlen, “because they push back when we write something critical.”

Read this blog if: You look atnew buildings and wonder, “What the heck is that?”
-livinginurbansac.blogspot.com

I Eat, Therefore I Blog

Vanilla Garlic, which covers Sacramento’s burgeoning food and restaurant scenes, is fresh and tasty, full of pithy writing and original opinions. Blogger Garrett McCord, a 25-year-old who lives in the Arden Arcade area, has a day job in the nonprofit sector and goes to graduate school at night but still manages to post nearly every day. He’s on a budget, so his posts are accessible even for those who can’t afford to eat at Ella.
The blog combines restaurant reviews and recipes with Gen Y sarcasm and stunning food photos. It gets anywhere from 60,000 to 100,000 unique visitors a month, making McCord one of the most popular bloggers in town. He’s watched in astonishment as the blogosphere has grown: “I remember being amazed when I had four people visit.”

In one recent entry, he posted a photo of some espresso granita he made, confessing that he ate it all in one sitting, nearly making himself sick. In another, he sang the praises of Se Chung oolong tea, noting its aromatic similarities to other herbs. A third was a lengthy
review, complete with photos, of the just-opened Lounge on 20 in midtown.

Read this blog if: You can’t afford to eat out every night—but wish you could.
-vanillagarlic.blogspot.com

What’s a blog? A blog (short for “weblog”) is a website, usually maintained by a single person (known as a blogger), who contributes regular entries on topics of his or her interest. There are millions of blogs, covering just about every subject imaginable.

David Watts Barton, himself a blogger, covers music and other cultural matters on bloggingthegrid.blogspot.com.