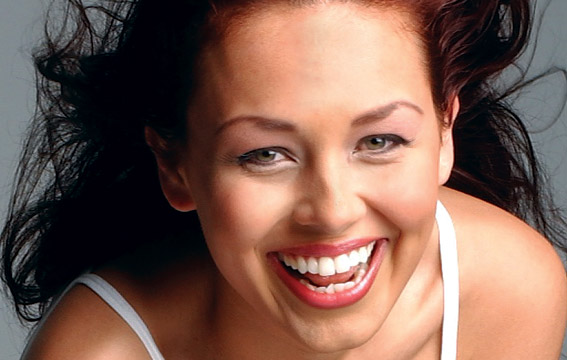 Eight Steps to being happier in 2008.

What would it take to make your new year happy?

If you guessed Lexus or lotto, you are on the wrong track. A baby, maybe? Nope. People who have children apparently are no happier than those who don’t, according to a recent Pew Research Center survey.

The answer is really quite simple, say experts: You can choose to be happy.

“What you think is what you get,” says Karen Houseworth, a behavioral health therapist for Mercy Medical Group. “Your thoughts definitely determine what you feel. It’s all about perception.”

Gratitude also is a big piece of the happiness pie, says UC Davis psychology professor Robert A. Emmons, Ph.D., a leader in the new and growing field of positive psychology. Much of Emmons’ research has focused on the connection between gratitude and happiness, and he’s even got a new book out on the subject: Thanks! How the New Science of Gratitude Can Make You Happier (Houghton Mifflin).

An attitude of gratitude benefits people in at least three ways, says Emmons: higher levels of positive emotions such as optimism and enthusiasm, increased energy levels and closer relationships.

But there are no quick fixes or shortcuts, he warns: Long-term happiness requires long-term effort.

“We can do a lot of things to temporarily elevate our mood, like going for a brisk walk, seeing a movie or eating our favorite food,” Emmons says. Yet even quantum life leaps such as getting married or landing a new job only have a short-term effect, he adds.

So if you want to be happy—or at least happier—over the long haul, a lifelong commitment to positive thought and action is the way, experts say.

If there are 50 ways to leave your lover, there must be at least as many ways to create a happier life. Here are eight.

“People think happiness will just come,” says Leslie Price, Psy.D., a counselor with Sutter Health. “But it takes realizing who we are to make happiness happen.” Knowing ourselves—really knowing ourselves—may sound as basic as tying our shoes. But in the fast-paced, multitasking world in which we live, says Price, people don’t always take time to look inside. “It’s important to think about what happiness is for you—what you need to achieve and have around you to be happy.” Instead of following society’s prescription for happiness, suggests Price, invent your own. Just because your sis found bliss with a hubby and two kids in the suburbs doesn’t mean it’ll work for you.

Writing down things for which you are grateful—even the seemingly trivial, such as a beautiful sunset or that someone left the last piece of See’s candy for you—is one of the best ways to cultivate gratitude and, by extension, happiness, says UCD’s Emmons. But not just once in a while, and not in a hurry: It is the daily practice of journaling—and the thought given to each entry—that makes a measurable difference. “To simply say that I am grateful to my wife is less gratitude-inducing than for me to consciously and deliberately try to think about the countless hours of hard work in which she took care of our home and our boys so that I could complete this book on schedule,” Emmons writes in Thanks! How the New Science of Gratitude Can Make You Happier. To get started, try this: Before bed, write down three good things that happened to you that day.

And not just on the Internet: People who need people really are the happiest people in the world, says Sheri Pruitt, Ph.D., director of behavioral science integration for Kaiser Permanente. Research points to four key happiness predictors, says Pruitt: Extroversion, social support, marriage and religiosity—all which have connectedness in common. “The common thread is being connected with other people,” she says.

4 Be in the now and get in the flow

Sounds like two steps. But you can’t get into the flow without being in the now, as Emmons explains. “Only if you’re fully focused on the present can you develop flow, because it means not allowing your mind to wander to the grocery list or to the laundry that has to be put away.” Flow (also called “being in the zone”) happens when you’re so absorbed and immersed in an activity that you lose all track of time, which tends to block negative thinking and reduce stress, says Emmons. The ability to be “in flow” also increases happiness, say experts, especially when you’re spending time doing something you love (singing versus doing the dishes, for example).

Anger darkens a sunny spirit, so you need to let it go. “If you’re holding onto anger or frustration toward others, you’re creating your own unhappiness,” says Sutter’s Price. Expressing forgiveness in a tangible way—a letter, phone call or visit—is an important part of achieving real closure.

Positive psychology guru Martin Seligman is credited with the concept of the gratitude visit, which goes like this: Write a letter to someone to whom you owe thanks, pay them a visit and read them the letter, face to face. It’s a small step with a potentially big payoff, says Kaiser’s Pruitt. “People have been shown to experience immediate, substantial, long-term positive effects.”

7 Put on a happy face

Turns out our mothers were right: Happy is as happy does. “In research, we find that when people act happy, they are happier,” says Emmons. “We may think we have to have the feeling first, but it turns out that the feeling can be triggered by going through the motions.” So activate that smile muscle instead of the frown muscle, and good feelings should follow.

8 Expect to be happy—but not all the time

The placebo effect applies: If we expect something will make us happy, says Emmons, it probably will. On the other hand, cautions Mercy’s Houseworth, we need to be realistic. “Every week, people come in and tell me they want to be happy all the time,” she says. “But we’re living organisms, influenced by ever-changing forces, so you’re not going to feel happy constantly.” The key, Houseworth says, is to remember that while we can’t control external events, we can control our reactions to them—and that alone can help to determine how happy (or unhappy) we are.

According to a 2006 survey from the Pew Research Center:

• Married people (43 percent very happy) are happier than those who are unmarried (24 percent).

• People who worship frequently are happier than those who don’t.