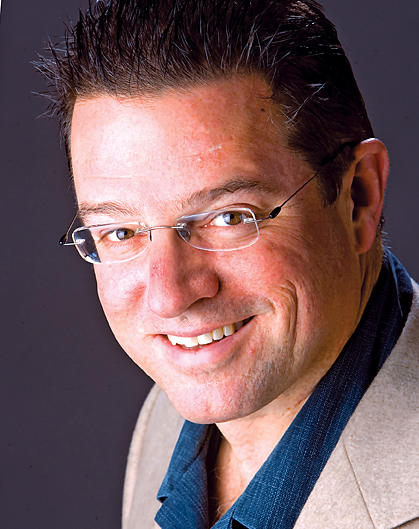 The city of Sacramento still has some Mayberry qualities. You may have to search, but you can find them&emdash;nostalgic touches from decades ago, when city policy was dictated by people who were born in Sacramento, reared in Sacramento and expected to die in Sacramento.
One of these Mayberry touches is hard to miss, especially when you try to park in a residential neighborhood in autumn. I’m talking about the piles of garden trash residents throw into the gutter.

The city makes noise about ending garden trash service and getting rid of the claw tractors that zip around and scoop up debris. But it won’t be easy. Right now, the city is trying to entice people to voluntarily put green waste in plastic cans. Not many residents are going for it. Permanently erasing piles of gutter clippings will require a rewrite of the city charter. This means a public vote.
It’s hard to believe that people in Land Park, Curtis Park, Tahoe Park and McKinley Park&emdash;neighborhoods famous for big trees&emdash;will stand by and watch their right to build a street lawn pile fade into the archives.

At least I hope not. I love to see garden clippings piled high in the gutter. I don’t mind when someone drives into my neighbor’s pile and drags it halfway down the block. I happily grab a broom and sweep it back. It’s my way of being a good Sacramentan.
Some pushy people tell me lawn piles are environmentally irresponsible because they clog drains, and are messy and expensive. Maybe these people are right. Even so, we can’t let them ruin Mayberry.

I do my part for the environment every Monday. That’s when the city picks up garbage on my street. I have two plastic garbage cans, one green, one blue, both cracked and broken but still serviceable.

Like a good citizen, I dump the bad trash in the green can (anything from cat litter to dead ducks but no car batteries that I will admit to) and the good trash in the blue can (paper, plastic, Sheetrock, cardboard, cans).

Everything else goes straight into the gutter. That’s the way it’s always been.

Once, I visited the house near C.K. McClatchy High School where the boxing champ Max Baer lived. The homeowner showed me a mound of dirt in the backyard. He pointed to the mound and said, That’s where Max burned his trash. We dug there and found all kinds of stuff that didn’t quite burn. In those days, everyone burned their trash.

Some people might say dumping garden clippings in the gutter is like burning trash in the backyard&emdash;an old way of life inappropriate for modern times. I say nonsense. If we start collecting green waste in cans, there’s no telling where it will all end up. Maybe some landfill or the Nevada desert. You never know where trash in cans ultimately goes.

Not long ago, I found out what happens to some of the garden clippings people leave in the street. They return in the form of mulch. My neighbor Gary heard you can call the city of Sacramento and order chopped up trees and leaves&emdash;mulch. He called, and sure enough, the city delivered 15 yards&emdash;two truckloads&emdash;for free. Gary spread it around. His yard looks great.

I have another neighbor who never calls the city for anything. He’s the only guy on the street who doesn’t recycle and doesn’t pile garden refuse in the gutter. Every Monday, he wheels down one green garbage can with everything mixed in there, and that’s it.
You will never guess where this guy works, so I’ll tell you: He’s a garbage man.

R.E. Graswich writes a twice-weekly blog for sacmag.com. He co-hosts the afternoon news with Kitty O’Neal on NewsTalk 1530 KFBK AM radio and reports nightly for CBS 13.