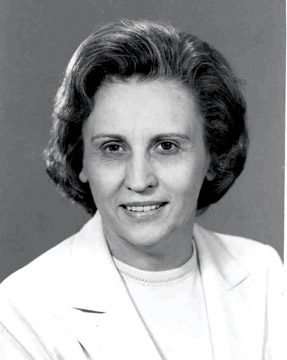 The Sacramento area lost many of its most accomplished citizens in 2007. Among them:

The native North Dakotan played a key role in Sacramento history, teaming with his son Gregg and other investors to lure the Kings here from Kansas City in 1985. Three years later, Lukenbill served as contractor for the Hyatt Regency Sacramento. (Jan. 5, at age 87)

Alvin SooHoo: An accomplished marathoner, SooHoo took strides to please palates as co-owner of Chinois City Cafe. Prior to that, he ran another popular local restaurant, Chinois East/West. (Jan. 5, at age 55)

Jane Goldman: A former reporter and anchor for KCRA 3, Goldman also was active in the arts&emdash;from the administrative side in Chicago, and as a painter, sculptor and jewelry designer in Sacramento. She was a business partner with her husband, a Sacramento magazine writer, in Jane and Ed Goldman Communications Inc. (Jan. 10, at age 56)

Jane Kelso: As an administrator at McGeorge School of Law for nearly 20 years, Kelso helped thousands of students plan their futures. She and her husband, Charles, also were big supporters of the arts. (Jan. 12, at age 78)

Carl Otto: As head of John F. Otto Inc., Otto oversaw work on such prominent projects as the Sacramento federal courthouse and the parking garage at Sacramento International Airport. His extensive civic work included providing assistance to the Society for the Blind. (Feb. 11, at age 60)

Bauldie L. Merlino: For more than a half-century, Merlino oversaw Merlino’s Orange Freeze, whose signature specialty was composed simply of freshly squeezed orange juice, water and sugar. (May 7, at age 98)

Edward J. Hurley, M.D.: A renowned cardiac surgeon, Hurley was a major player in the establishment and growth of the UC Davis School of Medicine. He also served on many local boards, including as president of the Sacramento Area Commerce and Trade Organization. (May 13, at age 76)

Clyde Rainwater: One of Sacramento’s most prominent African American activists, Rainwater was an officer in the local NAACP branch, served two terms on the Sacramento City-County Human Rights Commission and wrote columns for The Sacramento Observer. (Sept. 19, at age 70)

The philanthropist raised millions of dollars for local foundations.