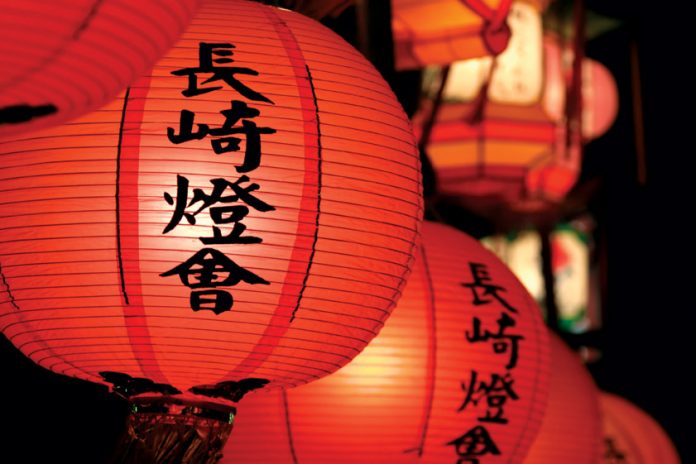 You don’t have to be Chinese to get into the spirit of Chinese New Year. Now’s when Chinese restaurants strut their stuff with a lion’s dance of special dishes. Banquets are yours for the asking.

The new lunar Chinese year is 4706. It’s the Year of the Rat—the brown earth rat, to be exact. It begins the day of the new moon, Feb. 6. For the 15 days of the holiday, banquets of varying length and lavishness star foods symbolic of prosperity, family and fortune, including fish, noodles, special vegetarian dishes and culinary exotica.

For the non-Chinese, the order of the meal’s courses might seem unusual. Fish and noodles come last, for example. Tables are round from a tradition that neutralizes status. (There’s no head of the table.) Round dishes such as dumplings and fish cake signify reunion. Chicken and fish are served whole to symbolize prosperity.

At New Canton Restaurant on Broadway, New Year menus are printed in both English and Chinese, with no shortcuts or Americanized compromises for non-Chinese diners.

Here are New Canton owner Ken Sang’s tips for getting Chinese New Year off to a good start:

Come with a crowd: You want to fill at least a table for four, but a group of eight is best. “This is to honor your family or family of friends: Your co-workers are in your secondary family, too,” Sang says.

Age before beauty: The eldest person at the table eats first.
It’s not over ’til it’s over: Plan on staying for multiple courses. Sang says the best number is nine: eight dishes and one soup.

From the sea: Braised seaweed and dried oysters are mandatory for Chinese New Year. The strange sweetness of oysters references the coming year.

Where’s the beef? By tradition, there’s a stay on beef slaughter at the start of the holiday. Just as satisfying as meat: jai, made with cellophane noodles, or tofu braised with mushrooms.

Goes a long way: Long noodles, long-grain rice and long green beans all signify longevity. At New Canton, long egg noodles are sautéed with yellow chives and crabmeat or abalone sauce. Don’t cut them. Hold the noodles in your chopsticks and slurp them in a backward whistle.

What else: Fish and chicken are always served whole—head to tail—to represent that the complete year will be great.
Does it get any better than all this? New Canton’s deluxe New Year special is lobster with ginger and scallions on a bed of longevity noodles.

When is it over? When you see the noodles and niangao (sticky rice cake).