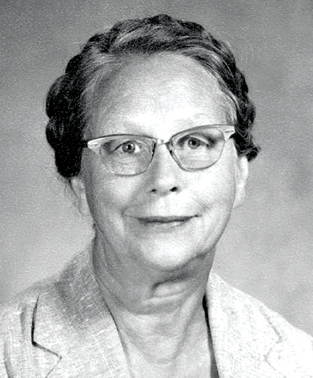 With California’s population of 37 million projected to double by the year 2040, protecting the state’s natural habitats could become even more difficult. Already, California has lost 99 percent of its native grasslands, 80 percent of its coastal wetlands and 94 percent of its interior wetlands. At least 73 native plants and animals are extinct and more than 150 animals and 280 plants are listed as endangered, threatened or rare. Only 4 percent of the native vegetation that grows along riverbanks in California’s Central Valley remains.

For nearly 45 years, a gentle mother and grade-school teacher worked to preserve nature with a simple method: Show children the wonders of the American River. In 1955, Effie Yeaw began her tours, leading groups of children and adults on nature walks, introducing them to the jewels of the forest near her home in Carmichael. Sightings of deer, coyotes, wild turkeys, rabbits, snakes, hawks and waterfowl became much sought-after tour highlights, and with every ooh and aah, she added to a group of citizens concerned with preserving the river’s ecosystem.

Yeaw died in 1970, but her conservation efforts resonated with those who remembered her tours. She had helped form the Save the American River Association and establish the American River Parkway. In 1972, Sacramento County voters approved a bond measure that included funding for an interpretive center. The Effie Yeaw Nature Center was formally dedicated on June 19, 1976.

Summer Fun Days, when children spend many hours experiencing nature by hiking the trails and watching wildlife, is one of the center’s most popular programs, according to center director Marilee Flannery. We have had some wonderful comments from the parents of children enrolled in these programs. Some have thanked us for opening their children’s minds to nature and more than one have said their child is watching less TV and is now reading books about nature, says Flannery. I believe Effie Yeaw would be very proud to see that the nature center named in her honor has made this kind of difference in a child’s life.

The Effie Yeaw Nature Center is located inside Ancil Hoffman County Park in Carmichael. Call (916) 489-4918 or go to effieyeaw.org.