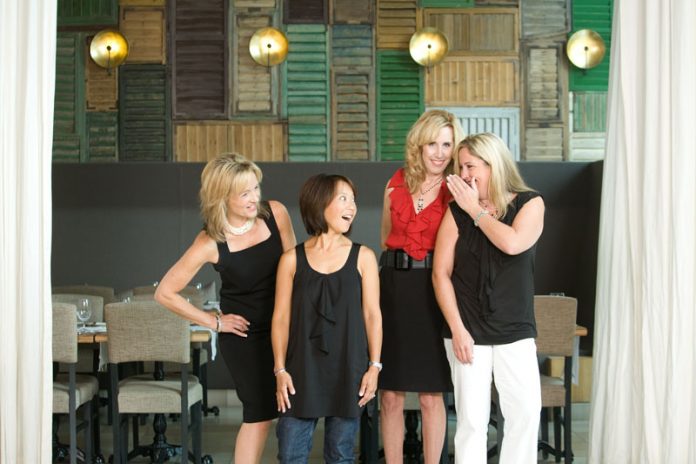 Foolproof tips for business owners and managers alike—regardless of gender.

Recently we sat down with five women business owners and managers and asked them what strategies they employ to aid them in running or managing their successful businesses. Some tips may seem obvious: Hire the best, be patient. Others might be more surprising: Listen for subtle messages, slow down. One thing’s for sure: You don’t have to be a woman to benefit from the tips that follow.

1. Admit you don’t know everything.
Margie Quattrochi, director of the new Tiffany & Co. in Roseville, spent 15 years as a sales and marketing executive in the semiconductor industry. She says her experience working with people unwilling to admit that they don’t know the answer to a question led her to this piece of advice: “Embrace the moments when you feel inadequate,” she says.

At Tiffany, Quattrochi was at first unfamiliar with the jewelry giant’s computer system. When her employees asked for help navigating a screen, she admitted that she was equally baffled. “What I could do was say, ‘OK, let’s do this together.’ The bottom line is that I said, ‘I don’t know,’ and they knew I didn’t know.”

2. Hire the best.
One of Quattrochi’s duties as director of the Roseville Tiffany was to hire  a management team. This exercise made Quattrochi recall another valuable lesson from her years in the high-tech sales trenches. “I realized when I was interviewing that it’s important to surround myself with people smarter than me, and not to be afraid of that.”

3. Be patient.
Andrea Lepore (not pictured), development partner and creative director for Hot Italian pizza and panini bar, knows Rome wasn’t built in a day. But she had no idea it would take more than 30 months to open her stylish midtown establishment.

“It took a lot of patience,” she says. “We had a vision and stuck it out.”

What took so long? City planning and permit bureaucracy was to blame, as was construction scheduling and working with investors. The rest had to do with Lepore’s unwillingness to compromise on details. She wanted the right paint, right lighting fixtures, right tables. The search took time and often fell on Lepore because her business partner was in Italy. “I had to do everything from the design to the business plan to building capital,” she says. Which brings us to the next lesson:

4. Learn to walk and chew gum at the same time.
And talk on the phone, update your Facebook status and make a mental grocery list for next week’s lunchboxes. In a word: multitask.

5. Build strong relationships.
Barbara Lym opened Serendipity Boutique in East Sacramento seven years ago, after working for many years in media sales. She says the successful women she knows share a common trait: They forge strong personal relationships with customers and employees that help carry their businesses through hard times. “Women really do that well,” she notes. “They ask questions in conversations and they’re good listeners.” In fact, Lym says, the best bosses are like the best sweaters she sells in her shop: “They’re warm and fuzzy.”

6. If it’s broke, fix it.
Lym says she opened her store thinking she would carry timeless J.Crew/Banana Republic/Nordstrom-inspired wear that could go from office to restaurant. But she wasn’t sure it would work. So Lym opened Serendipity with a mix of styles that appealed to all ages and sizes.

“What we found was that the customers wanted more contemporary clothes,” she says. “So we weeded out what didn’t sell well. We can’t be Chico’s or Coldwater Creek. We needed to find out who our strongest customer was and apologize to everyone else.” Which is one reason it’s hard to find a size 14 at Serendipity.

Lym also discovered that hot sellers in East Sacramento don’t always go over big in Roseville, where she recently opened a second Serendipity at The Fountains shopping center. “Roseville shoppers are more reserved,” she explains. Again, she had to adjust.

7. Listen to what’s said—and what’s not.
Michele Smith, who launched 3L Publishing with partner Michelle Gamble-Risley, advises paying attention to unspoken reactions—your own and everyone else’s. “After a meeting, we’ll talk about what we picked up in the undertones,” says Smith. “We’re willing to listen to that little voice in our heads. I use that every day to help make decisions.”

8, 9, and 10. Slow down, pull over, get out.
It’s tough to push yourself at work when you’re stressed, tired and sick, says Smith. Sometimes it’s necessary; that pile of work isn’t going to grow legs and walk off your desk on its own. Other times, the pressure is self-imposed because of competitiveness or perfectionism. Learn to recognize the latter and cut yourself some slack.