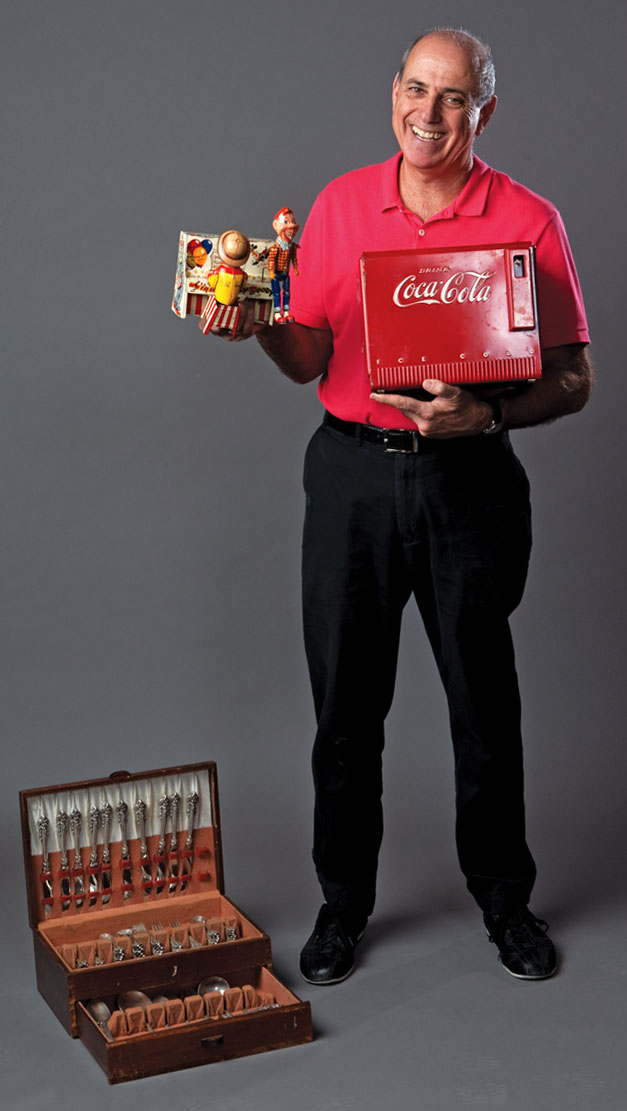 Tell me about one of the more interesting items to come through your shop.

The first thing that comes to my mind is a book by William Blake called Songs of Innocence. The owner’s grandson had possession of the book and had all the legal rights to it. I was not aware of who William Blake was let alone the book, but I knew a book dealer who verified the book. At that time it was probably worth $125,000 to $150,000. I did learn later that he sold it at Sotheby’s for $500,000. But we’ve seen all kinds of things here. We’ve had a piece of Fabergé. We’ve had an original Renoir. We’ve had Super Bowl rings, NBA championship rings.

How do you determine if a watch or piece of jewelry is a fake?
It takes experience. You have to have a feel for it. Sometimes you can verify a watch by opening it up, making sure it has the right movement in there. We send items to experts to have them verify it. We do the best we can but we can still make mistakes.
Have you ever been taken by a forgery?
One time we bought a painting and we knew a dealer here in town who we thought was pretty much an expert. He looked at the piece and said you don’t have to worry, this is the real deal. We loaned the person $2,500, I think. We eventually sent it to an auction house to have it sold and they said it was a fake.
What’s the average loan at your shop?
It’s around $150.
Why do you think people don’t turn to a friend or family member for a loan that size?
They don’t want to be embarrassed. They don’t want people to know their business.
Has your business changed since the economy tanked?
With the price of gold going up, we’ve been buying a lot of gold every month. Today, with the economy being so negative, it’s caused people to turn to ways of raising quick money, and right now just a little bit of gold can turn into hundreds of dollars.
Pawn shops have a reputation for taking advantage of people and being a little shady, yet you’re serving people who for whatever reason can’t or won’t do business with a traditional bank. What would happen if you went away?
It would be terrible. People don’t realize how many people come in and borrow $10, $20, $30, $40 on a regular basis. They need that money just to get them through the month, whether it’s for food or necessities of some sort. And they have no other place to turn.
How many people come through your shop every month?
We probably write 1,500 loans a month, and we’re probably doing another 500 to 700 purchases a month besides the loans. It’s been a tremendous upswing in the last year and a half. Part of that has been because of the TV show “Pawn Stars.” It has legitimized our business like nothing else has ever done. We’re a third-generation family-owned business. The main reason I think we’ve been successful and have been around so long is that we treat people the way we would want to be treated.