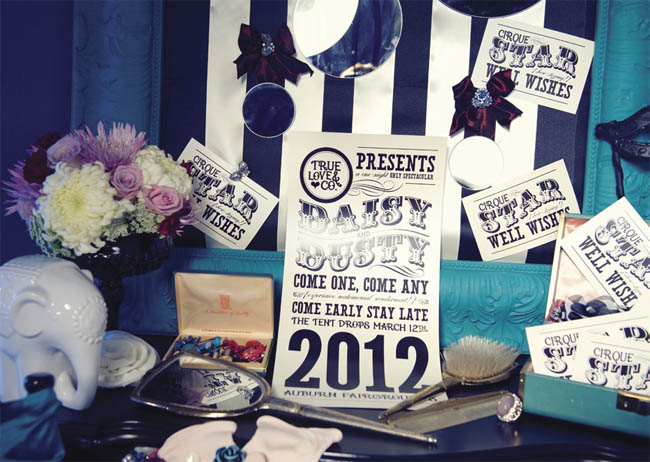 Getting married used to be a straightforward affair with an easy-to-follow formula: Book the church, buy a dress, rent a hall. Not any more. “These days, no two weddings are alike,” says Johanna Meyers, who runs a business called Wedding Chalk Art. “Every bride and groom wants to put their personal stamp on their wedding.”

We have officially entered the era of the hyperpersonalized wedding. Today’s bride and groom expect their nuptials to be an exquisitely calibrated expression of their uniqueness, both as individuals and as a couple. Themed celebrations are all the rage, from Disney princess weddings to Twilight-inspired vampire weddings. It’s not unheard-of for a Star Wars-obsessed groom to insist on a May the Force Be With You event, with flower girls dressed like miniature Princess Leias, a Millennium Falcon wedding cake and John Williams’ momentous theme song in lieu of The Wedding March. “Couples are trying to tell a story about themselves to their guests and their future family,” explains Sacramento wedding planner Kate Miller. “It’s a chance to celebrate who they are.”

When Ashley and Ryan Slauson got married in 2010, they opted for a wedding with a baseball theme. The sport has special meaning for the Antelope couple, who went to a Giants game on their first date.

Every detail served to underscore the baseball leitmotif, from pennant aisle runners to an escort card table set up like an old-fashioned concession stand. (The escort cards themselves were tucked into little envelopes attached to bags of peanuts and Cracker Jack boxes.) Before the ceremony, the couple even handed out tissue packets imprinted with the phrase “There’s no crying in baseball”—one of the bride’s favorite lines from one of her favorite movies, A League of Their Own. At first, Ashley Slauson approached the theme with a certain amount of trepidation. “I was afraid it would turn into a 7-year-old boy’s birthday party,” she says with a laugh. Instead, the day was charming and romantic. Like many modern brides looking to add a personal imprint, Slauson took on a slew of DIY projects: sewing the pennants and table runners, making chalkboard placemats for 100 guests and adding a ribbon handle to an old-fashioned popcorn box for the flower girl, who dropped popcorn along with rose petals as she walked down the aisle. Family members pitched in, too. Slauson’s dad built an outdoor dance floor and arbor, and her stepdad got ordained in order to marry the couple. “I’m glad we did it the way we did,” she says. “It felt so true to us and our families.”

Family also was paramount when Annie and Troy Sauro got hitched three years ago at The Citizen Hotel. In a nod to Troy’s father, a music writer for The Stockton Record, they created place cards out of CD cases and personalized the liner notes, Photoshopping themselves into the cover of their favorite U2 album.

Instead of a traditional wedding cake, Annie wanted an ice cream sundae bar—a meaningful choice given that her mom, Rachel Kaldor, is executive director of California’s Dairy Institute. Using her connections, Kaldor got Häagen-Daz to supply 30 gallons of ice cream in three-gallon tubs. But then things got tricky. The Citizen didn’t have space to store the giant tubs, and the freezers Kaldor rented wouldn’t fit into the hotel elevators. Eventually, it all worked out, but the mother of the bride spent several fretful days worrying over the logistics. “I thought it would be a snap,” she says. “It wasn’t.” As Kaldor discovered, planning the perfect personalized wedding can be stressful. According to Stephanie Cooley, owner of a custom stationery business called Honey Paperie, some brides engage in a kind of nuclear arms race, raising the ante every time they read in Martha Stewart Weddings about a couple who brought in photogenic heritage sheep to add to the ambiance or hear about how a friend’s beer-loving groom brewed the artisanal ale for the reception. “It depends on how competitive they are,” she notes. One recent wedding, held at the Crocker Art Museum, featured the ultimate in personalized party favors: Each of the 150 or so guests received a tiny work of art painted by a professional artist and propped up on a miniature easel. Unfortunately, the favors may have been a little too special. “It created a bit of drama when some went missing,” says Miller, who oversaw the event. Wedding professionals point to photo-sharing website Pinterest as the starting point for many an obsessed bride. Pinterest, and similar sites such as Lover.ly and the wedding blog Oh So Beautiful Paper, allow you to type in a search term such as “pink place cards” and—boom!—up pop dozens of ideas. “Pinterest opened people’s eyes to exactly how personalized your wedding can be,” Cooley notes. “Every bride I meet with shows me her Pinterest board.”

When Cooley got married in 1995, options for wedding invitations were limited. Her own invites were boring, she says: raised black ink on plain white card stock. Now, ink, paper, typeface, color and design options are practically limitless. Brides can order suites of coordinating paper products, from save-the-date cards to quirky little signs identifying each cupcake flavor on the dessert table. “It almost feels like you’re branding your wedding like you would a business,” says Cooley.

Increasingly, couples are using their invites to tell their “story.” One legendary foldout invitation, circulated on the Internet and copied by many, describes Jill and Matt’s seven-year courtship in excruciating detail, from meeting at work (where “they got along OK”) and enduring their friends’ skepticism about the relationship (“Do you guys know what you’re doing?”) to the “long-delayed revelation” that they belonged together. Leo Tolstoy could have told the tale in fewer words.

Still, personalization can lend sweetness to a celebration. Local florist Shannon Cosgrove-Rivas says it’s not unusual for a bride to request her mother’s favorite flower or insist on blue hydrangeas because her grandmother used to grow them in the backyard. She once worked a pair of cuff links that belonged to a bride’s deceased father into the bouquet handle. For another wedding, she used the grandmother of the bride’s personal collection of pewter vases, pitchers and ice buckets as centerpiece containers. “It’s a great way to honor a loved one,” she says. It’s also a way to get rid of the stuffiness that used to characterize formal weddings. Gloria Meyers is the owner of Dogwood Party Rentals, which supplies vintage furniture and other décor for use as props at weddings. (Her daughter Johanna runs an associated bridal business, creating custom chalkboard signs, seating plans, menus and more.) “One bride rented a crazy blue couch from us and put it in the backyard with a bunch of eclectic stuff cherry-picked from her house,” Meyers recalls. “It was beautiful.” Games are another way to up the fun factor. Meyers rents out old-fashioned cornhole boards so guests can play toss-the-beanbag during the reception. Cooley creates custom “I Spy” cards to leave out on the tables during the reception. The cards ask guests to take photos of iconic moments such as the couple kissing or the best man delivering his toast, then instruct them on how to upload the photos to the bride and groom’s Instagram page.

But ultimately, the best form of personalization is the most sincere. Meyers recalls a wedding at which the pastor threw out the traditional service and simply read letters written by the bride and groom to each other, talking about how they met and fell in love. Meyers says that’s one wedding she’ll never forget. “I felt chills,” she says.