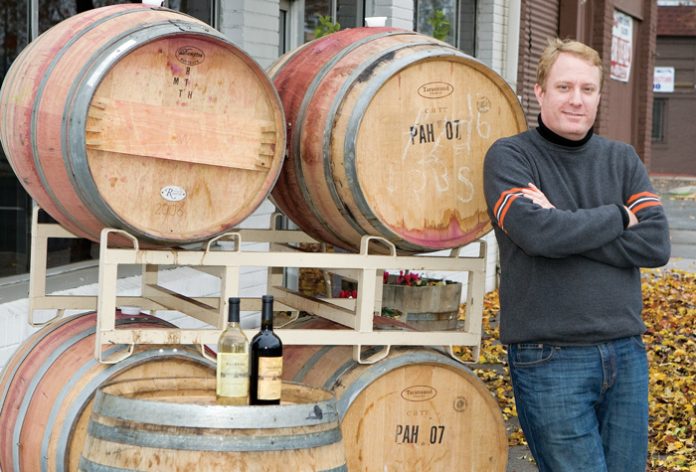 Local winemaker Jon Affonso was born and raised in Sacramento, but the wines from his Rail Bridge Cellars suggest otherwise. “The first time I tasted them, I knew he must have been trained in Europe,” says Steve Graham, a wine steward for Nugget Markets who calls himself a “big fan” of the urban winery Affonso started in 2007 on gritty North 16th Street. In fact, Rail Bridge’s well-balanced Sauvignon Blanc and Lattice blend have earned fans all over town.

What was your “aha! moment” with wine?
When I was an exchange student in France in 1988, I went to a party for the feast of All Saint’s Day. I had a dish of coq au vin with puréed potato and somebody opened up a bottle of an early ’80s Ducru-Beaucaillou. It was perfectly paired with the food and it just exploded in my mouth.

What’s the story behind the Rail Bridge name?
I really wanted to embrace the concept of being an urban winery. I had in my head a lot of imagery related to the Industrial Revolution: big gears, big bolts, that kind of thing. I also wanted to have some sort of connection to Sacramento. We looked at what we thought were icons of Sacramento, and the I Street Bridge fit that motif perfectly—it has history, it has age. We even discovered that it has tracks that go through Napa, so it’s a metaphoric link to the vineyards.

What is the philosophy that guides your winemaking?
If there is a theme to my winemaking, it’s that my wines will always be food-friendly. As a result, my wines tend to be very similar to what you would find in France. Some people don’t like old-world wines because the flavors are not quite as clean as California wines; they’re a little more complex, more layered, in my opinion.

What is your ultimate food-and-wine pairing?
For the food, I would probably choose tournedos à la Rossini. It’s a French dish of filet mignon served on a puff pastry with foie gras over the meat and a mushroom-red wine reduction sauce over that. Choosing from wines that I have actually tasted, I would have it with a hearty glass of red wine, probably a ’96 Margaux.

On Wine: Via Romano’s Cocktail Club