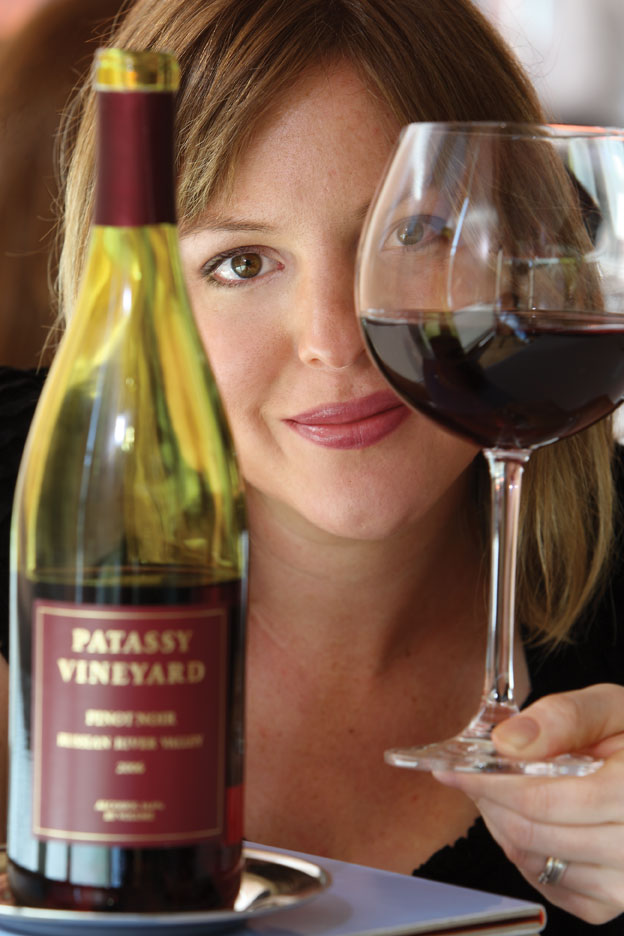 Navigating a restaurant’s wine list can be daunting. You must weigh vintage, appellation, varietal and winery while keeping in mind your budget and the different dishes your table is ordering. It’s a ridiculous task when the list is pages long and printed in a tiny font.

This however, is no reason to give up and order a cosmo. Help is available in the form of the sommelier, whose job is to help you order off that list before you get so hungry you cook it over the candle and eat it.

A sommelier is a trained wine steward, and is to a restaurant wine list what a travel agent is to your next vacation. Sure, he (or she) would like to see you spend money, but that’s not the goal. The sommelier wants you to have such a great time that you’ll come back.

Although the number of sommeliers in the Sacramento region can be counted on two hands and perhaps one foot, their ranks are growing. Meet five of Sacramento’s most helpful sommeliers.

Bright-eyed, square-jawed and cleft-chinned, Patrick Seymour resembles a young Jacques Ppin, the celebrity chef. Though he’s just a stone’s throw from local vineyards, Seymour is on a mission to bring the whole world of wine to El Dorado Hills, not the other way around.

Experience: Seymour has worked for Robert Mondavi Corp. and was repping an Italian wine importer when the owners of Wine Konnection hired him as wine director.

Certifications: First- and second-level certificates from the Court of Master Sommeliers, earned while training with Mondavi

What’s hot: This is Cab and Chard country, very pro-Napa.

What’s coming: Chile and Argentina are getting great press, and they’ve had some fantastic vintages lately. Famous names like Paul Hobbs are making Napa-quality wines that are very affordable.

Favorite customer: The person who doesn’t know a thing about wine. I like taking the fright out of their eyes.

Worst customer: The wine geek. It’s really hard to talk to people who think they know everything. It takes the passion right out of it.

To get on his good side: Ask for me. Our list gives people lots to ask about.

To tip or not to tip: Not necessary. He’s salaried and gives any tips to the staff.

BYOB: Corkage is $15. If you bring in a special bottle and let your server taste it, that’s a good way to get your corkage waived.

Most memorable bottle brought in by a customer: We just had a guy ask if he could bring in his 3 liter of ’99 Gaja single-vineyard Barolo. Seymour said yes and asked if the staff could taste it.

Likes to drink: Red Burgundy, Pinot Noir from California’s Central Coast and Russian River
Spends his own money on: French and Spanish wines

Experience: Personal chef gigs put her through art school in NYC, where she had her own painting studio. She’s cooked in big-name New York restaurants such as Union Square Cafe and Oceana, where she became a nut for food and wine.

What’s hot: Pinot Noir is going wild, but Sac loves their Far Niente Chardonnay and their Groth Cab. And the Txakolina (a sparkling wine from Spain), which has become a signature wine for us.

Favorite customers: The ones who let me pair the wines, who are open to our food and wine program.

Worst customers: The ones who like only Rombauer Chardonnay and who get mad because we don’t carry it.

Good advice: It’s OK to ask for a taste of something if it’s offered by the glass.

BYOB: 55 Degrees waives the corkage if you also buy a bottle. If you bring a special bottle, then I’m fine with that.

Most memorable bottle brought in by a customer: A 1969 ChÃ¢teau Haut-Brion, a birth-year wine for a customer. It had gone so bad. He was saying, â€˜Drink it fast! Drink it fast!’

Weirdest request: â€˜Can I have some Sweet’N Low for this Chardonnay since you don’t carry White Zin?’ Eight packets of Sweet’N Low, when I could have brought her a Riesling.

Spends her own money on: I think it is worth investing in wines that will age well.

Soft-spoken Mario Ortiz has overseen the development of the area’s most aggressive restaurant wine cellar, full of prestigious bottles most wine lovers only read about. An accomplished landscape artist, he was first drawn to the Napa Valley to paint and met people who knew wine. Back in the old days, Ortiz says, vintners were accessible. I liked the people I met, he says. I liked what they did. It was more about spending time with them. I didn’t even like wine at the time.

Experience: Ortiz has worked at The Firehouse since he was a teenager, helping to support his large family. His early interest in studying French, and subsequent trips to France, propelled him to explore food and wine. Later, his art brought him to California wine country.

What’s coming: Wines from Italy (especially Brunello) and Spain. There are some incredible Italian wines, and people are understanding them more.

Favorite customers: People who don’t want to look at the menu but ask him to arrange three courses with the chef, with wines to match.

Worst customers: People who order the same thing over and over again.

Good advice: Get to know a wine and you’ll enjoy it a lot more. Don’t just try it once and say it’s your favorite.

To get on his good side: I like to teach people only when they want to know. If they are asking questions, I want to answer them. I always tell people [to] let me know where they want to be with pricing.

To tip or not to tip: Sometimes people try to tip me, but I don’t accept it, or I make a dishwasher very happy that night.

BYOB: I love it when people bring in wines that are special to them or unique bottles that are not on our list.

Most memorable bottle brought in by a customer: A 1966 Lafite Rothschild. I said it would be an honor to open it. The best thing was that the customer said he wanted me to pick something to go before and after it. A fun challenge.

Likes to drink: Burgundies and ChÃ¢teauneuf-du-Pape blancs, which he tastes every time he gets the chance.

Wine buyer | The Kitchen
Known as a straight shooter, Doug Nitchman offers a simply stellar list of very-limited-production wines, many at surprisingly reasonable prices. He became interested in wine while working at restaurants in Lake Tahoe. Looking for a challenge, Nitchman went through a wine training program while waiting tables at Harrah’s.

Experience: Before coming to The Kitchen, Nitchman was the lead server and wine buyer at Enotria Restaurant & Wine Bar.

What’s coming: Rieslings. They are high-acid wines that pair well with food.

Favorite customer: The one who trusts me to be their guide in the world of wine. There’s a little risk because I might make the wrong choice for you. But there’s great gain in exploring new things. So it’s worth the risk.

Worst customer: The one who brings his own wine in.
To tip or not to tip: We pool tips. It is up to the customer’s discretion, but it is based on just one bill for both food and wine.

Most memorable bottle brought in by a customer: A 6-liter bottle of 1968 California Charbono

Wine director | Ella Dining Room & Bar
Anatty dresser with a devilish soul patch, New Jersey native Joe Vaccaro loves to talk about wine with his guests. His is a special challenge at Ella: to match wines with a wide array of salads, appetizers and small plates meant to be shared.

Experience: Vaccaro put himself through college by toiling in restaurants. Then, armed with his IT degree, he worked in Internet security. But soon he was lured back to the convivial life of hospitality. Before Ella, he was the sommelier at Fifth Floor restaurant in San Francisco.

Certifications: First- and second-level certificates from the Court of Master Sommeliers

What’s hot: This is a Cab-crazy town. Pinot Noir is a strong second.

What’s coming: Our list is 30 percent Old World now. I’d like to push a little harder in that direction because the wines pair with our food better.

Favorite customer: One who says, Here’s what I’m having. Bring me something delicious.

Worst customer: One who says, We’d like a nice red with our meal. That’s tough; we’ve got over 200 wines on our list.
How to get on his good side: Be open to new things. I love pouring tastes of new wines I think guests might like.

To tip or not to tip: Occasionally I’m given the handshake, but I’m not looking for a gratuity. I just want you to have the best possible experience here.

BYOB: Corkage is a dance. We’re trying to build a world-class list of allocated, eclectic small producers. We want to remain on their lists for next year, and in order to do that, we have to sell wine.

Most memorable bottle brought in by a customer: 1899 ChÃ¢teau d’Yquem, Fifth Floor on New Year’s Eve. It was one of those wines you can’t believe you are putting your lips to.

Weirdest request: Cristal Champagne and a glass of Coca-Cola