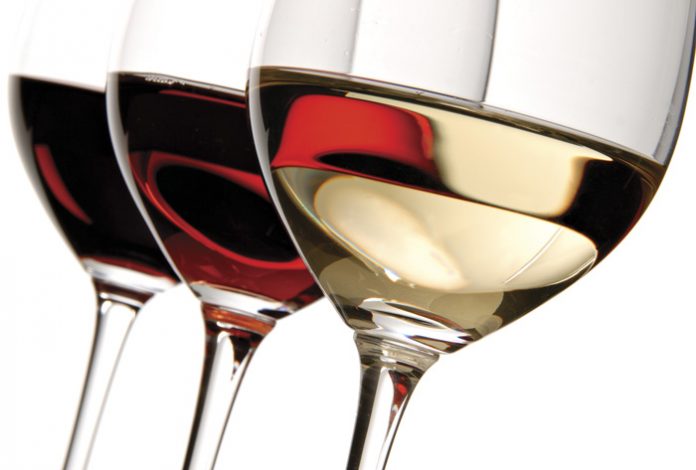 In ancient times, good things came in threes. Television, for example, had three networks: ABC, NBC and CBS. You could order coffee three ways: regular, decaf or espresso. And wine, as generally available in America, was limited to three grape varieties: Cabernet Sauvignon, Merlot and Chardonnay.
Out of this bleak landscape has grown Babylonian gardens of niche offerings. In the wine world, buyers are opening up to unheard-of grapes, overcoming unfamiliar origins and challenging names. Why is the market opening up now? We’re open. From the Me Generation to the Wii generation, today’s consumers demand choices, choices, choices. We know a lot about our coffee—not only the country that grew it, but the toast of its roast and size of its grind. Similarly, we’re starting to learn about some of the thousands of wine grapes cultivated around the world. We like the variety of varietals.
Northern California, especially, is our playground: Here, vintners exploit the microclimates and Wild West dearth of regulations to plant whatever the heck they want.
Some, like Bob and Mary Lou Koth of Mokelumne Glen Vineyards in Lodi, draw upon their own heritage when choosing grapes. The Koths attribute their lineup of Kerner, Lemberger and Dornfelder vines to Bob’s German background. Bokisch Vineyards’ Liz Bokisch says husband Markus’ Spanish ancestry influenced their decision to make Albariño, Garnacha, Tempranillo and Graciano at their Lodi winery.
Others seek the right grape for the right place. Winemaker Rob Chrisman, owner of Avanguardia Wines in Nevada City, has a veritable experiment station, with more than 20 eclectic varietals
from Carmine to Rkatsiteli. He specializes in Italian grapes such as Montepulciano and Rondinella.
Chrisman says our Mediterranean climate accounts for the popularity of Italian and Spanish varietals with California winegrowers. “That’s why it was such a disaster when they started planting Merlot (a French grape) all over the place,” says Chrisman, who has worked with UC Davis’ Foundation Plant Services to source the right material. The upshot to a great match between grape and place? Delicious wine, as evidenced by the gorgeous flavor and balance of Avanguardia’s Rkatsiteli, a high-acid grape from Russia, grown to full ripeness in the Northern Sierra.
How exhilarating that in this time of consolidation, tough markets are forcing small producers to embrace the unfamiliar. Growers mutter to themselves: What will match my soil and climate? What will stand out on the shelves? What will please customers in the tasting room? The beautiful result: Weird and wonderful grapes will survive, and thrive, and one day become your very own personal favorite.
As devil’s advocate, I’ll grant you that the diversity of grapes, like the endless choices on TV, does not necessarily mean they all will be to your taste. But that’s no reason to miss the joy of a crisp Verdelho or a fruity Valdiguié. Ultimately, isn’t it more rewarding to discover “The Wire” or “Entourage” than to plunk the whole nation in front of five seasons of “Growing Pains”?
So the next time you visit a winery or wine shop, ask to try a grape you’ve never tasted. For the price of one cable-TV bill, it promises more adventure than flipping through 100 sucky channels.

Obscure No More?
There are plenty of odd grapes out there. Here are a few up-and-comers:

Verdelho: A versatile white that’s key to Madeira, Verdelho in California can be an off-dry quaff as made by E2 Family Winery in Lodi or an intense, racy draught of pear and anise as realized by Stevenot in Calaveras.

Graciano: A red wine grape known for its supporting role in Rioja gran reserva, Graciano in California is rich, spicy and fragrant with good acidity. Bokisch bottles it all by its glorious self, and Boeger employs Graciano in its “Milagro” blend.

Dornfelder: OK, the name ain’t sexy. But the wine, from Mokelumne Glen, swept me off my feet: the best blind date ever as I researched this article. If you like big California reds, this wine is for you.

Wine Grape Life List
Did you know that some wine geeks keep track of all the wine grapes they’ve ever tasted? Yes, like a birder who keeps a “life book” of field sightings, wine geeks track grape varietals from Agiorgitiko to Zweigelt. Once their tally reaches 100, they can apply to The Wine Century Club for membership. Local WineBid rep Michael Chandler did after tasting 116 of the varieties on the club’s list, plus seven not on the list. For more information, go to winecentury.com.

Elaine’s Picks of the Month
2004 Avanguardia “Cristallo” Sierra Foothills ($14, avanguardiawines.com)—A blend of Rkatsiteli and small amounts of Pinot Grigio, Pinot Blanc and Melon de Bourgogne. Medium-bodied and fruit-forward on the palate, with a little oak and some mature complexity.