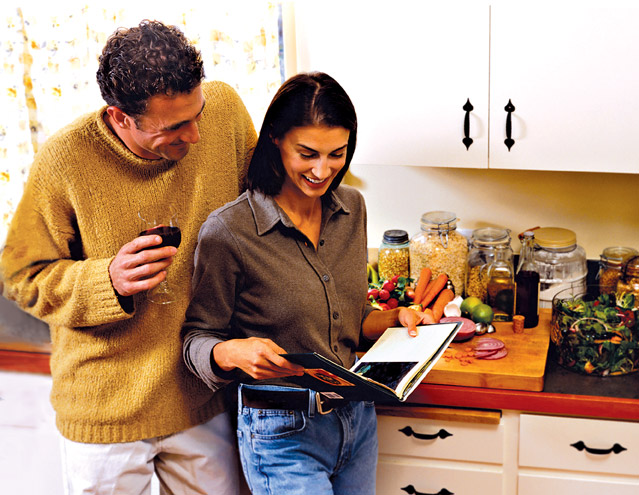 I’m a multitasker. Maybe that’s why I like reading wine books with glass in hand. Breathing in the violets and leather of a purplish-red Dolcetto d’Alba, I more eagerly absorb the DOC maps of Vino Italiano: The Regional Wines of Italy by Joseph Bastianich and David Lynch. Sipping on a plummy sweet smidge of 1986 LBV Porto, I devour stories of the Douro in Rich, Rare and Red: A Guide to Port by Ben Howkins. The best wine writers lead you down vineyard paths to memorable experiences.

Here is my short list of wine books I’ll be giving as gifts this year:

â€¢ The House of Mondavi: The Rise and Fall of an American Wine Dynasty by Julia Flynn Siler (Gotham Books, $28)

Summed up: Meticulous business reporting from a Wall Street Journal veteran resulted in this fleshy, page-turning drama of the Mondavi family.

From The House of Mondavi: Faced with the disapproval of Robert’s children and the Italian families who had known the Mondavi family for decades, Robert and Margrit tried to keep their affair secret. But the spark between them had been evident even in the Krug days, when Margrit would occasionally slip in to see Robert, entering his and [his wife] Marjorie’s home through the back door. Some members of the family were convinced he had begun an affair with Margrit as early as the mid-1960s. In a small town, their affair was hard to conceal when, for instance, they parked their cars next to each other’s in the local motel parking lot.

Summed up: From Oregon to New York, O’Rear’s camera captures the labels, the landscapes and, best of all, the people who have made a life from making wine.

From Wine Across America: There are a few experts in the world who can go into a vineyard and quickly identify grapevines. Ampelographer Lucie Morton&emdash;who calls herself the vine whisperer&emdash;is one of them.

Summed up: A handy little book that explains winemaking terms and techniques in a friendly, clear tone.

From The Wine Maker’s Answer Book: Lees are the solids that are left in the wine after the primary or secondary fermentation is finished, but the term also refers to any sediment that remains in the wine after it is pressed. It is advisable to rack the wine off of these heavy, immediately post-press solids, often called gross lees, because they can contribute to off flavors . . . Taking some of the fine lees along into the next container is fine at this stage. Some winemakers believe this fine sediment contributes a fatness and richness to the mouthfeel of a wine as it ages.

Summed up: Heavy paper and saturated prints of paintings and photographs pair beautifully with a globetrotting survey of wine and food writing.

For readers of: Prose and poetry about food and wine, art books

That charming French encomium may not be high poetry; it is a poetry of wine, nonetheless, communicating tactile velvety smoothness as well as reminding us of the sacramental nature of wine from Dionysus to the Wedding at Cana. That religious centrality was reflected in a rare ecumenical drink shared by priest and rabbi. When the rabbi watered his Beaujolais, the priest said. I see you baptize your wine. No, answered the rabbi circumspectly, I cut it.

Elaine’s Picks of the Month
This year, give thanks with American wines on your turkey table:

McCrea Cellars Syrah Boushey Vineyard Yakima Valley, Washington 2004 ($50)&emdash;Rich and expansive enough to put everyone in the holiday spirit, this Syrah with a touch of MourvÃ¨dre is plenty persuasive now and will gain depth with a few years of cellaring

E-mail your answer to wine@sacmag.com by Nov. 15. The winner will receive The Wine Wheel, which shows how to pair hundreds of foods and wines. Make sure to include your name, address and telephone number. The winner will be selected by random drawing from all the correct responses.

We’ve got a winner! In September, we asked: How much money does the California wine industry raise annually for charities through vintner association auctions? The correct answer: $115 million. The winner, Ruthie McRonald of Clarksburg, received a nine-bottle wine tote by Reisenthel.