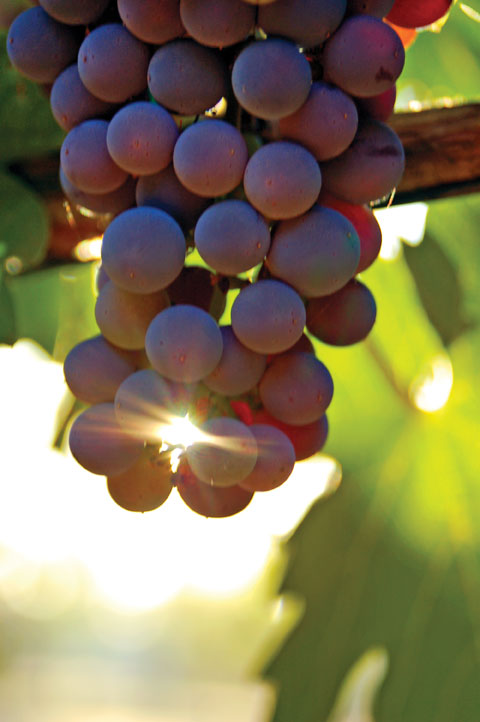 I recently received the following letter from reader Louis Greenwald:

Dear Elaine,
I have had another disappointing trip to the wine store. I used to love California wines but now find it very hard to find a smooth, balanced wine.

The alcohol content is too high. What happened to the Cab with a 12.5 percent alcohol content? I want to taste some fruit. Also, I want to be able to store my wines for 5 to 10 years to mellow out the rough edges. However, these wines on steroids don’t keep. The alcohol kills the fruit over time and all that is left is alcohol or a wine that tastes like crap.

When is the California wine industry going to realize its mistake? There is a skeleton in the closet and it is high alcohol content.

The most volatile controversy in wine these days isn’t the World Trade Organization negotiations over Brunello. It’s rising alcohol levels.

In the past, wines traditionally had an alcohol level of 11 to 14 percent. But lately, wines with alcohol levels of 14.5, 15, even 16 percent have become common.

Alcohol levels are a result of hang time: the time wine grapes spend ripening on the vine. The longer the grapes hang, the more sugars become concentrated in the fruit. During fermentation, the yeast feeds on the sugars, producing alcohol. The higher the sugar levels at harvest, the higher the alcohol in the final wine.

Both new and old wineries are pushing the limits of ripeness. In cool Santa Barbara County, young winemakers Russell From and McPrice Myers bottle Syrahs with alcohol levels of 15.2 to 16.1 percent under the brand names Herman Story, Barrel 27 and McPrice Myers. Their wines explode with concentrated flavor.

Even at traditional wineries, alcohol content is rising. Venerable Zinfandel specialist Sausal Vineyard, in Sonoma County, recently celebrated its 35th birthday with releases of cellared vintages for sale. In the ’80s and ’90s, alcohol levels in its wines hovered around 13.5 or 14 percent. Its current release, the 2005 Century Vines Zinfandel, has an alcohol level of 15.4 percent.

“The climb in alcohol levels that we have witnessed in our Zinfandel has been brought on by a warming trend in the growing season,” he explains. “We just can’t get the grapes picked fast enough. We wait until the grapes taste ripe and then try to get them all picked as quickly as we can. But if you get two or three hot days in a row, your sugars really climb. We try to balance this by starting our harvest a little early, but that’s a guessing game.”

Complaints about the high-alcohol trend come from respected critics Stephen Tanzer and Jancis Robinson, who have soft spots for balance and typicity, and from sommeliers and restaurant wine buyers, who cry that high-octane wines overpower the meals they serve.

Collectors, too, are wearying of wines that get big scores while young but lose their verve on the cellar shelf. What the grapes gain in ripeness, the theory goes, they lose in acidic balance and potential to gain complexity with age. As the fruit of youth fades, what’s left in the bottle can resemble rubbing alcohol.

An internationally prominent Sacramento wine expert caused quite a stir this past year with his own protest. Darrell Corti, proprietor of Corti Brothers market, announced he would no longer carry wines with an alcohol level over 14.5 percent. The wine world fervently debated this move. Some called him a prophet, while others accused him of crass sensationalism.

Only a few California winemakers have gone public with their distaste for the high-alcohol trend, notably Adam Tolmach of The Ojai Vineyard, who claimed he stopped drinking his own wines because the alcohol became overpowering. One gets the sense that winemakers feel trapped by their own success. But consumers burned out on high alcohol will no doubt hold the wine industry’s feet to the fire, and balance eventually will be restored.

Elaine’s Picks of the Month