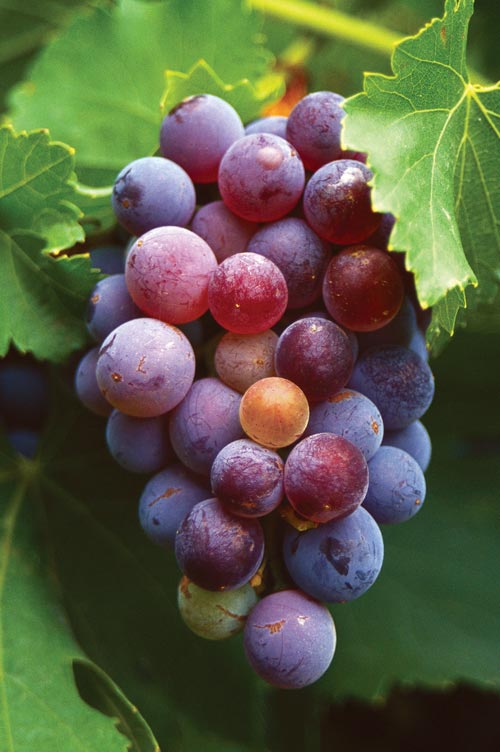 In terms of popularity, Grenache could be the next Pinot Noir. This is a guess, not a prediction: I left my crystal ball at my old job in wine marketing. But I do have my reasons, and here they are:

Like Merlot and Pinot Noir, Grenache is easy to say (gren-AHSH’), with the fun and cachet of a French twist. The Aussies say Gren-aash with a twang, as if they’re from Wisconsin, but that’s no reason for us to do it, too.

2. It tastes great.
Grenache has a delightfully fruity aroma and soft structure, making it accessible to newbies. And, depending on the region and the winemaker, Grenache can be concentrated, spicy, earthy or floral, keeping the interest of experienced wine lovers.

3. It’s a style shifter.
Grenache has more costume changes than a Gwen Stefani concert, rocking wine styles from dry ross to charming vin de pays to highly extracted, big reds. It wouldn’t surprise me to find a good sparkler or dessert wine made from Grenache&emdash;let me know what you find.

4. It travels well.
Its most famous home is ChÃ¢teauneuf-du-Pape in France’s southern Rhone Valley, but Grennie does great in California’s Sierra foothills and Central Coast. Australia has some gnarly good old-vine Grenache, which often joins Syrah and MourvÃ¨dre in wines called GSM. In Spain, cooperatives with vast plantings of bulk-wine Garnacha are upgrading their vineyard and winery practices with concentrated results.

5. It’s Miss Congeniality.
Grenache does great in blends the world over, softening out the uptight tannins of Syrah and lifting the dark, brooding flavors of MourvÃ¨dre with its sunny strawberry smile. Once vintners employ it as a chorus member, they may be inspired to bottle the best lots as star varietals.

6. It’s a powerhouse.
Grenache is The Next Big Thing in more ways than one. It used to have a rep as a lightweight. But New World wineries are making a big, ripe, fruit-forward style that critics and consumers love. Alcohol levels of 15 percent aren’t unusual in California. The best ones carry their fist in a velvet glove.

7. It’s available.
Every wine shop has a decent wine made from Grenache, and the numbers on the shelves are increasing. Be warned, though: Old World grenache is labeled by the region, not the grape. For values, I look for Catalyud and Navarra from Spain and the Gigondas, Lirac and Minervois appellations of France.

8. The price is right.
You can spend a little or a lot depending on the occasion, but even the most expensive wines made from Grenache are not costly compared to those made from Cabernet Sauvignon or Pinot Noir. Recent vintages, for example, of top drop M. Chapoutier ChÃ¢teauneuf-du-Pape La Bernadine, which is 100 percent Grenache, run between $30 and $45 in the United States. Comparable wines from Bordeaux and Burgundy will cost you twice that and more.

9. It’s food-friendly.
We love Grenache with substantial salads, barbecued ribs and anything that reminds us of Provence, like braised duck with olives. My friend Siobhan serves up the big G with Mexican food, especially her super nachos.

10. You can buy local.
A dedicated cadre of local winemakers has embraced Grenache, so get out there and see how it’s done in our own backyard.

Wine Trivia Contest
>>  Which of the following are actual names of Grenache-based wines?
a) Goats do Roam
b) Ghosts du Roam
c) Rhone de Robles
d) The Custodian
e) all of the above

E-mail your answer to wine@sacmag.com by May 15. The winner will receive an insulated wine tote. Make sure to include your name, address and telephone number. The winner will be selected by random drawing from all the correct responses.

We’ve got a winner! In March, we asked: While El Dorado winemaking and grape growing date back to the mid-1800s, when was the region officially identified as an AVA (American Viticultural Area)? a) 1963; b) 1973; c) 1983. The correct answer: c) 1983. The winner, Bill Schimmelman of Rocklin, received two passes to El Dorado Wine Country Passport Weekend.