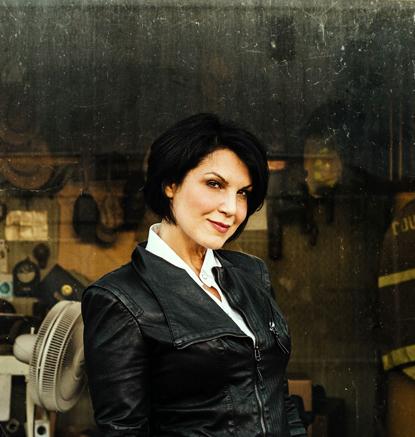 She’s worked in films with such heavy hitters as John Travolta and Robert Duvall, but Elisabeth Nunziato’s heart belongs to Sacramento. “I’m a hometown girl,” she says. “I love our region.”

While the actress/director/producer/voice artist is always juggling projects, her current role as Margery in B Street Theatre’s production of “Hand to God” is a big one for Nunziato, who is also a founding member of B Street. “This show is the theatrical event of the year, no question,” she states. “It was nominated for five Tonys, and every regional theater in the country is vying to produce it. It’s a coup that B Street got it.” Nunziato describes the Robert Askins-penned play as “hilarious, explosive, heartbreaking and a story of redemption. It comes at you fast and furiously.”

“I feel both crazy exhausted and incredibly blessed to have all these opportunities,” says Nunziato. But in truth, she says, all of it is done for one reason: the love of acting.

“In our hearts, my husband and I are performers,” she says. “Everything we do is done to facilitate this horrible addiction to acting.”

For more on “Hand to God,” visit bstreettheatre.org.