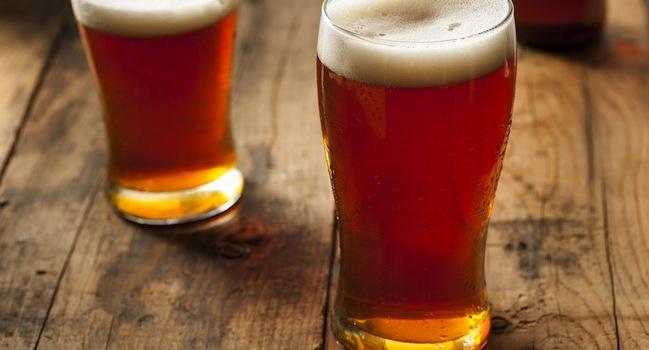 For more than 70 years, Round Corner’s round-corner entrance has seen a lot of action—and not just from the constant flow of loyal, longtime fans (which included Deftones band members way back when). It’s actually been crashed into twice: by accident in 1986 when a big van barreled into the building, and again a few years ago, when a disgruntled patron ran his car into the establishment after getting kicked out. As if that’s not dramatic enough, Dorothea Puente (Sacramento’s famed boardinghouse owner turned serial killer) used to work in the kitchen. Regulars and first-timers alike dig the cash-only bar’s friendly vibe, plentiful seating, pool tables and cheap beers. (Pabst Blue Ribbon pints are only $2 during happy hour, 5 to 7 p.m. daily.) They also love the food. Where else in town can you get perfectly crisp lumpia—Filipino-style spring rolls—at all hours of the night?

Even if you’ve never been inside Ernie’s Interlude, chances are you’ve driven by it a million times and wondered what it’s all about. That’s because The ’Lude, as it’s affectionately nicknamed, has a lure. Considered a dive icon by multiple generations of Sacramentans, Ernie’s has a throwback vibe, as evidenced by its midcentury-modern signage, interior martini mural and popcorn machine. (Maybe that’s why it’s known for having an older crowd of regulars?) Still, younger folk flock to this spot on Saturdays for its famous karaoke night, when the horseshoe-shaped bar and outdoor smoking area are packed with revelers who are ready to swill some stiff drinks and sing some classic tunes. Bonus: This place has no windows, so you know it’s a bona fide dive.

Dating all the way back to the 1870s, Bob’s Club not only holds the title as one of the best dives in the area—it’s also Elk Grove’s oldest business and it resides in Elk Grove’s oldest commercial building. Hence the tagline: Still standing but leaning! Its deep-rooted history—along with a heavy pour of hospitality and a classic assortment of pool tables, dartboards and a snazzy digital jukebox—has kept Bob’s kicking for nearly a century and a half. Though some criticize the cash-only policy and absence of draft beer (the nerve!), the masses rave about the legendary bartenders and munchies-friendly food options. Pair that bottled beer with a bag of Doritos or a burrito made by Baja Burrito on Bruceville Road. If you’re there on the right day at the right time, you could score free pizza, chili dogs or birthday cake, which the bartenders are known to bring in for special occasions and sporting events.

From the looks of The Trap, it seems as if a strong breeze could knock the whole thing down. That’s because this shack of an establishment—certified as a historic landmark in 2009—has been around since 1860. But what it lacks in structural stability and aesthetics, it makes up for in history and character. Inside this cash-only, beer-and-wine-only dive is a small bar area decked out in inappropriate bumper stickers, kitschy drinking paraphernalia and a taxidermy wolverine crouching over its bird prey. That opens up to a larger area with unapologetically uneven floors and a few pool tables. One is slanted, but it’s cheaper! Out back, you can play horseshoes, cornhole and, on Saturday afternoons, Chicken Bingo. (Look it up.) Want to learn more about The Trap’s history? It’s prin-ted out and posted on the wall for all patrons to enjoy.

“The coldest beer in town!” That’s what On The Y states on the exterior walls of its oddly shaped building, located in the crevice of a Y-shaped intersection. It’s not just a marketing ploy: The place actually won a contest for having the frostiest brews back in the ’90s. Plastered with pinup posters and autographed photos of Black Sabbath, Megadeth, Slayer and the like, this heavy-metal dive bar dates back to 1934, when it first opened as a tiny grocery mart. (You can still see the refrigeration panels on the wall.) It’s since been reinvented and repeatedly renamed: Zombie Zula, The Road Runner, Hard Luck Saloon and finally On The Y. In addition to pool, darts, karaoke and live music, this institution also hosts open-mic comedy, mud wrestling, Jell-O wrestling and booty contests. Don’t be intimidated by its tough exterior: The bartenders here make mean girly drinks, too.

Chargin’s Bar & Grill (4900 J St.) used to be called The Achilles Heel— perhaps one of the best dive bar names of all time.

Fireside Restaurant & Lounge (formerly at 56th and H streets) was legendary for its dark, danky bar scene—and its food. Former Vice President Dan Quayle dined there during the 1988 presidential campaign, but only after he waited 45 minutes in his limo, sipping a Coors Light, for a table to free up.

Socal’s Tavern (5200 Folsom Blvd.) is named after the original owner, Shorty Socal, though the crest painted on the exterior belongs to the family of Bill Farrell, who has been the sole owner since 1995.

Old Ironsides (1901 10th St.) was the very first business to obtain a liquor license in Sacramento after Prohibition.

Hilltop Tavern (4757 Folsom Blvd.) got its name because it was once located on one of the highest points in town.