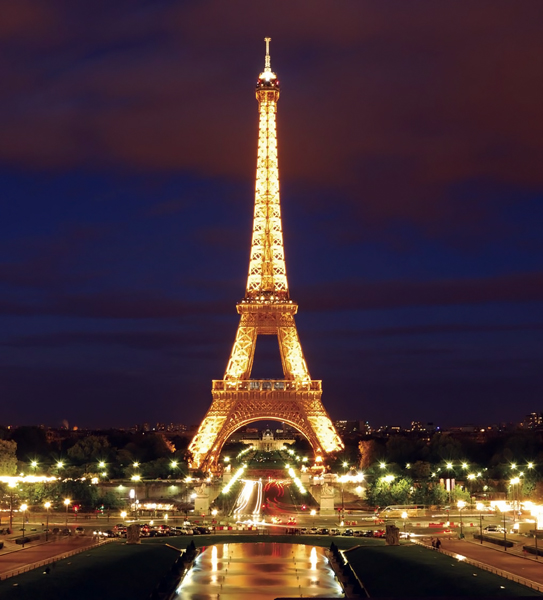 My husband likes to say that he’s never more American than when he’s abroad. I have to admit I hated this idea when we first moved back to Paris in 2014 so he could complete his master’s degree at the American University of Paris in the tourist hub of the 7th Arrondissement.

It was our second time living in the city; the first was an ill-fated attempt in 2009 when we worked at an English-language immersion camp in the Pyrenees prior to getting engaged in Paris. (That’s a story that deserves a retelling of its own.)

Like any good Sacramento native, I’d learned to wear our city’s sheepish lack of pride like a mandatory mantle whenever someone asked where I was from, and those questions are not few when you’re living 6,000 miles away among people who are surprised to hear a decent French accent come out of your mouth when you so clearly don’t belong. I’d learned to tackle the telltale litany of questions like a pro by this point: “I live in California.” “No, I don’t live by the beach.” “No, I don’t know any movie stars—they live in Hollywood.” “No, I don’t live anywhere near there.” “No, I can’t surf.”

When I was inevitably met with the distinctly disappointed reaction that I don’t, in fact, pal around with celebs, my pride in my Northern California hometown was not exactly reinforced. Couple that with my desperate desire to make sure I was speaking with the most “authentic” French accent I could manage so as not to misidentify myself as a tourist from the very first “Bonjour”—all while trying to not entirely botch the grammar I’d studied so hard to perfect for nearly eight years, from middle school through college. The first few months living in an apartment two blocks from the Eiffel Tower left me not only a bit nervous talking to strangers (quelle horreur), but it rendered me damn near mute.

Going red in the face every time you’re asked a question in French is not the most helpful habit to develop when you have to go about your daily business in the language. Grocery shopping was especially trying in the first few weeks. The dorm-sized refrig-erator in our apartment was so small that I had to go to the store every day if we wanted to eat anything that was remotely fresh. Also, the grocery store is a very social outing for most French people, especially the older denizens of our very established neighborhood. While our tiny G20 (a chain not dissimilar to the now-defunct Lucky here in Sacramento) was miraculously staffed with self-checkout stands, I soon discovered that the promise of avoiding human interaction was not to be. If anything I bought lacked a sticker (and much of it did), I didn’t know what code to punch in or how to operate the machine when it started beeping loudly as soon as I made a mistake. Cue the immediate embarrassed blush coupled with fumbled French words and large gestures to explain to the (very accommodating if officious) store clerk what had happened.

So if I wanted to eat (and let me tell you, if you think California has amazing produce, you’ll be smitten with the selection in a Parisian grocery store), I was forced to, day by day, muster the courage to stand in line for a check stand manned by a flesh-and-blood French person and rack my brain for small talk that wouldn’t sound too trite or too pidgin. Thankfully, my hard work didn’t go unrewarded. The clerk I saw most often took to smiling at me every time I put my apples, cheese and baguette on the belt and kept the chatting limited to a curated selection of weather questions, general how’s it going?s and friendly nods. She never once asked me where I was from.

Another stellar test of your mettle in another language is to take on responsibilities that might seem daunting in a foreign land—like, say, teaching or child care. Ever the eager Francophile, I decided to throw myself into both of these at once, landing a teaching job as a drama instructor at a Catholic collège (middle school) and as a nanny to two Lebanese- Armenian-French girls ages 7 and 11. You want to feel like a sideshow freak who is an object of affection, fascination and interrogation all at once? Work with children.

Anna and Sara were strictly instructed to speak only English to me to solidify their already very impressive grasp of the language—in fact, between the two of them, they spoke four languages. They automatically looked at me with the kind of admiration that goes to your head simply because I was born in America, but when they found out that I was also from California, the wide-eyed questioning began with the by now predictable answers: “I live in California.” “No, I don’t live by the beach.” “No, I don’t know any movie stars—they live in Hollywood.” “No, I don’t live anywhere near there.” “No, I can’t surf.”

It turns out that one of their former nannies did, in fact, live in Hollywood and talked about going to school with some of the young actors the girls admired in their teenybopper magazines, so I was something of a disappointment at first. But I found myself determined to not let these green minds solidify a stereotype of “not Los Angeles” California and took to babbling on about all there is to do in Sacramento. Between telling them about how beautiful my hometown is with its trees and sunshine (the former much like their own hometown, the latter decidedly not) and how much theater there is to do and see (I gained major points when I mentioned being an actress—cue giggles and more questions, including pleas for me to sing for them), I had them convinced that Northern California is pretty cool.

As my confidence in my language skills and cool factor grew, so did my desire to test myself. My husband and I started watching French television to see how much we could pick up, and I was delighted to find that I followed everything pretty easily. (We also discovered “Fort Boyard,” a ridiculous celebrity challenge show—the precursor to “Fear Factor”— that deserves a watch on YouTube if you can get past the terrible costumes, gimmicky host and mangy tigers that guard a fort in the middle of the ocean on the west coast of France.) And the more we watched, the more we felt enmeshed in the culture. We weren’t perfect Francophones, but we got by just like anyone—grocery shopping, watching TV, chatting to our neighbors—and that felt like an accomplishment in itself.

After our first stint in France and prior to our wedding in 2011, a friend’s father asked us if we were planning a romantic honeymoon in Paris. When we told him that since we’d just lived there, we were considering other places, the father incredulously replied, “Well, I find Paris very romantic.”

While we assured him that we clearly do, too (we got engaged there, for Pete’s sake, with the stunning Medici Fountain in the Luxembourg Garden as our dramatic backdrop), I couldn’t help but feel that familiar twinge of sheepishness, only this time it wasn’t because I lived too far away from the coast to surf every day or chum around with George Clooney (quel dommage). Instead, what caught my breath this time was the realization that no one would ever understand what living in Paris had really been like, even people who’d traveled and experienced the City of Light for themselves.

It was then that I realized my experience living as a Sacramento native half a world away in Paris was something I would never be able to fully explain to anyone. Somehow, both places—although distinctly different in culture, language and attitude—felt more and more like home the more time I spent in each. I was myself in both places, after all, and if home is where the heart is . . . well, you get the idea. And while I might have once wished to slip by undetected, I started to feel prouder and prouder of the fact that I was, in fact, an American—a Northern Californian Sacramento native, to be exact—making my way in a language and culture that was once so alien but felt less and less so every time I reminded myself to just be me.

Maybe my husband is right about feeling more oneself than ever when abroad. Quelle surprise.