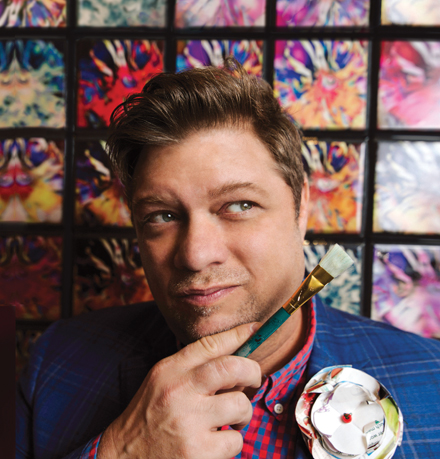 For artist and philanthropist Michael Misha Kennedy, whose solo show “Conversations in Abstract” opens this month, founding Kennedy Gallery was about more than just showing artwork. It was about showing Sacramento how to truly support diversity.

“The Kennedy is proudly one of the few minority-based galleries in the region,” says Kennedy, whose gallery has occupied the historic house at 1931 L St. for the past six years. “We have over 20 resident artists, half of whom are women and half of whom are persons of color and LGBTQI. I strongly believe that when people walk into a gallery, they deserve to see themselves reflected in the art.”

Kennedy has quite a history of fighting for equality, from serving on the Sacramento Metropolitan Arts Commission’s race and cultural equity task force to hosting fundraising concerts in partnership with other local arts groups and charities like Sierra Forever Families.

“I’ve worked in this community for 17 years,” Kennedy says. “I’ve seen how much we affect each other. The sense of hopefulness we have in our identity shows in our artwork: We’re colorful, we’re tenacious and we just don’t stop.”

“Conversations in Abstract” will be on display March 10 through April 7. Kennedy Gallery is open Tuesday through Saturday, noon–6 p.m. (open until 10 p.m. on Second Saturday). For more information, visit kennedygallery.net.